COVID-19 is crushing Ethiopian entertainers, just when we need them the most 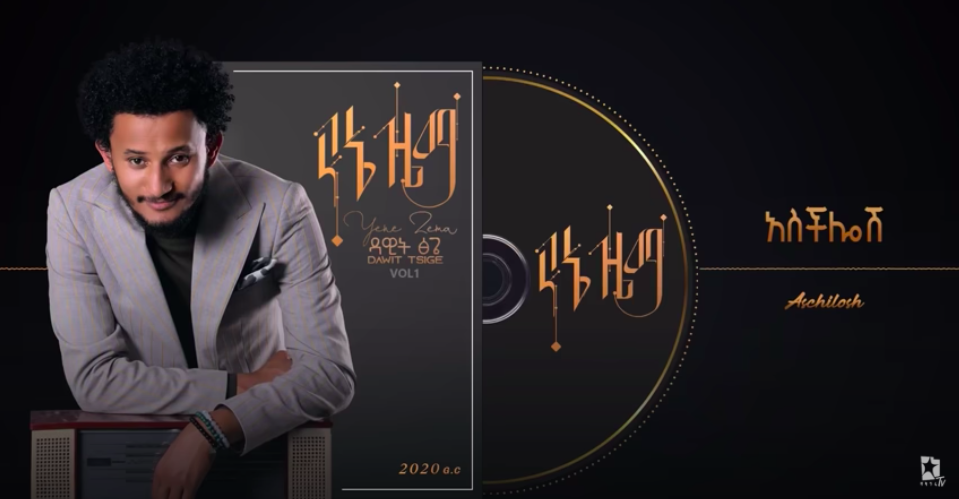 Ethiopia’s booming entertainment industry has been devastated by restrictions enacted to try and counter the spread of the novel coronavirus.

The prominent Ethiopian film producer Yosep Kassa has been devastated by the coronavirus. Yosep, who founded Falkan Film Productions five years ago, has seen all eight of his films reach the top five and gross big numbers.  But his ninth project, while finished, is stuck in pandemic limbo, leaving him with no income to pay the cost of the film, while he has financial obligations totaling 7,000 birr ($195) every month.

Yosep also owns two cinema houses at Megenagna and Dembel. Both have been closed since the pandemic. “I had to let go of 14 employees because I couldn’t afford to pay them any longer,” he said.

“It is unfair and frustrating to see that restaurants, bars and public transportation being allowed to stay open when cinemas are shut down,” Yosep told Ethiopia Insight. “Even though cinemas could open up and work at half capacity being as safe as, if not safer, than other business.”

The rising music star Dawit Tsige has also had his budding career smacked down by the virus. Dawit, who released his album 45 days prior to the first COVID-19 case being found in Ethiopia, right after China reported the first cluster of cases, is trying to keep his creative energy alive by focusing on making videos for YouTube.

Yared Admasu, Dawit’s manager, told Ethiopia Insight that the project has been derailed by the lockdown. A planned large-scale Easter concert had to be canceled. “We are just glad we didn’t take any advances for shows and spend money we didn’t earn,” said Yared, speaking about numerous shows lost to the pandemic. “When we are not doing concerts, we regularly get invited to events as guest performers and even that is absent now, leaving our hands tied,” he said.

Yosep and Dawit are only two of the coronavirus’s casualties. In a sign of the times, the Millennium Hall, the biggest concert hall in Ethiopia, is being used as a quarantine-zone to treat COVID patients. According to the Culture and Tourism Bureau, over 600 employees work as ushers and ticket-takers in cinemas across Addis Ababa alone. Hundreds more producers, singers, actors and stage curators are keeping their fingers crossed that the industry will be allowed to function in some way. It’s the same all across the country. The Millennium Hall has been converted into a quarantine zone.

And how about us, the audience.  The loss is crushing us, too. Thousands of cinema-goers and music fans are missing a part of their lives that they cherish.  And the tens of millions of birr they would spend on tickets are absent from circulation. The question remains, how soon will the restrictions set upon the entertainment industry be lifted?

Of course, Ethiopia is not alone in witnessing devastation in its entertainment sector. According to the World Economic Forum (WEF), the biggest causality, the revenue generated by live performances is down almost 100 percent. A six-month concert shutdown was estimated to cost the music industry more than $10 billion, the inevitable longer delays will only be more catastrophic. The movie industry also lost a staggering $7 billion since March 2020.

Ethiopia, as a developing country, has slower and more expensive Internet connections than neighboring Kenya and other African countries, and does not allow streaming services to thrive. Hence, it does not accommodate ‘quarantined entertainment’. So, even this lifeline that has helped people in other countries to survive the entertainment drought is unavailable to us.

The music and movie industries centered in Addis Ababa depend on concert and cinema goers to survive, neither of which has been possible on any significant scale since the COVID-19 containment measures took effect. These industries had been contributing to the well-being of Ethiopian culture in a visible way, while also making a noteworthy economic splash.

The film sector is at the top of the entertainment industry. Young filmmakers are taking advantage of the digital filmmaking technology revolution to make inexpensive, high quality videos. In addition to the ones responsible for the packed cinema houses, many other production companies that are not even formally registered with the government office are producing feature films and releasing them in DVD/VCD format.

These informal films are often written and shot in a matter of months, then distributed on Video CDs through a network of small stores, markets, and traders. The process creates an unknown but quite significant number of jobs for distributors, retailers, movie renting shops and kiosks situated at street corners.

Film festivals that are vital for new independent film makers are also being missed this year. The annual Addis International Film Festival provides a platform for amateur and professional filmmakers alike. The Ethiopian International Film Festival, where film makers showcase their works and judges vote to hand out awards for the chosen ones has been active since 2005. The most known and prestigious of the bunch, Gumma Film Awards has been broadcast live on TV since 2014.

The cinemas of Ethiopia have come a long way since 1890 when the first cinema was opened and dubbed “The Devil House” by fearful citizens. For example, the production rate of feature films went from five to 10 films a year just 10 years ago, to over 100 films a year last year, a whopping 1,000 percent increase and still growing. In the same period of time the number of cinemas grew from two to 39.

The Culture and Tourism Bureau runs four out of the 39 cinemas, namely Youth and Children Theater, Ras Theater, Haget Fikir Theater and Art and Cultural Hall. The rest are privately owned. Even though the rate of the growth is rapid, there are still not enough venues to match the number of producers. One of the major factors holding back Ethiopian films has been that producers have had to wait for over a year to get their films screened.

Embilta is one of the cinemas that has been shut it for four months and counting. Founded seven years ago under a hotel of the same name, it is up to the standards of the best cinemas in town. It accommodates over 300 people. “It gives me great pride that we were able to keep all 20 members of the cinema’s staff on call and on pay-roll even if there is no work for them to do”, cinema manager Ato Simegn Shiferaw told Ethiopia Insight. “It would have devastated them and unsettled their livelihoods had we laid them off”.

As the only cinema within a 10 kilometer radius, Embilta gets a large audience. Charging 55 birr for a ticket and doubling the figure during weekly premiers, it was geared to take advantage of the summer season when students flock to movies while schools are closed. This year the opposite happened and the hall shut during peak-season. The venue also serves as a theater, and all new releases have been put on hold, putting the producers and all the actors in distress. Lately a new app called Awtar has become available to the public aiming to sell Ethiopian music. Unlike the movie industry there is a glimmer of light in the music side due to YouTube channels like Hope Entertainment making videos available for all who are quarantined in their homes, if they are lucky to have decent Internet connections.  Founded on 19 April, the channel has one million subscribers and over a billion views. Though it is only a drop in the bucket compared to the income they generate through live performances, musicians are using this platform to make a living.

Ethiopia’s recording industry began in 1969 when a man named Amha Eshete started a small record label called Amha Records and began recording musicians throughout the capital. The company became incredibly successful, producing 250 singles in five years and forcing the government to remove a 1948 edict that declared music can only be recorded by a government agency. Amha risked imprisonment to pull off this feat. Since then the scene has undergone highs and lows to finally reach a steady upsurge in the past decade. While many argue the golden days are behind us, the local and global shows generating millions suggest the opposite.

Aesthetic demands aside, more income is generated by one artist today than by the entirety of the industry in the proclaimed “Golden Days”, from 1969 to 1978. Now the industry is also growing in its own low-key way. The growth is dispersed throughout many artists, although the lack of a sound-scan system to count record plays and album sales makes it difficult to get accurate numbers. Regardless, the ever-increasing concerts and recorded performances locally and all over the world that are bound to return once the virus dies down are a testament to the global reach of Ethiopian music.

Of course, it’s not only entertainment that is suffering from the novel coronavirus.  All of Ethiopia’s economy is currently in its grip. Pandemic aside, we are also experiencing a locust invasion, outbreaks of other disease such as cholera, measles and yellow fever, and the country has 1.7 million displaced people. The readiness of the health service to deliver routine services was rated in 2018 at 55 percent of what is needed.  Billions of birr has been allocated to tackle these problems.  Moreover, demand for Ethiopian exports is down, the capital needed to buy imported goods is scarce in both the private and public sectors, higher than expected inflation is making necessities more expensive, and there is a sense of impending doom.

On top of all that, the pandemic has even hit politics. National elections have been postponed indefinitely. The government, concerned with sustaining economic growth and reducing poverty, is devoting a high share of its budget to pro-poor programs and investments. The support of outside donors will continue to be vital in the near-term to finance the cost of pro-poor programs, though the outlook is grim because the rest of the world is suffering, too.

Amid all the grim news, Ethiopians could use a good movie and a concert to cheer us up.

Dawit is a freelance Journalist. He previously worked as the Digital Media Curator for Addis Fortune.