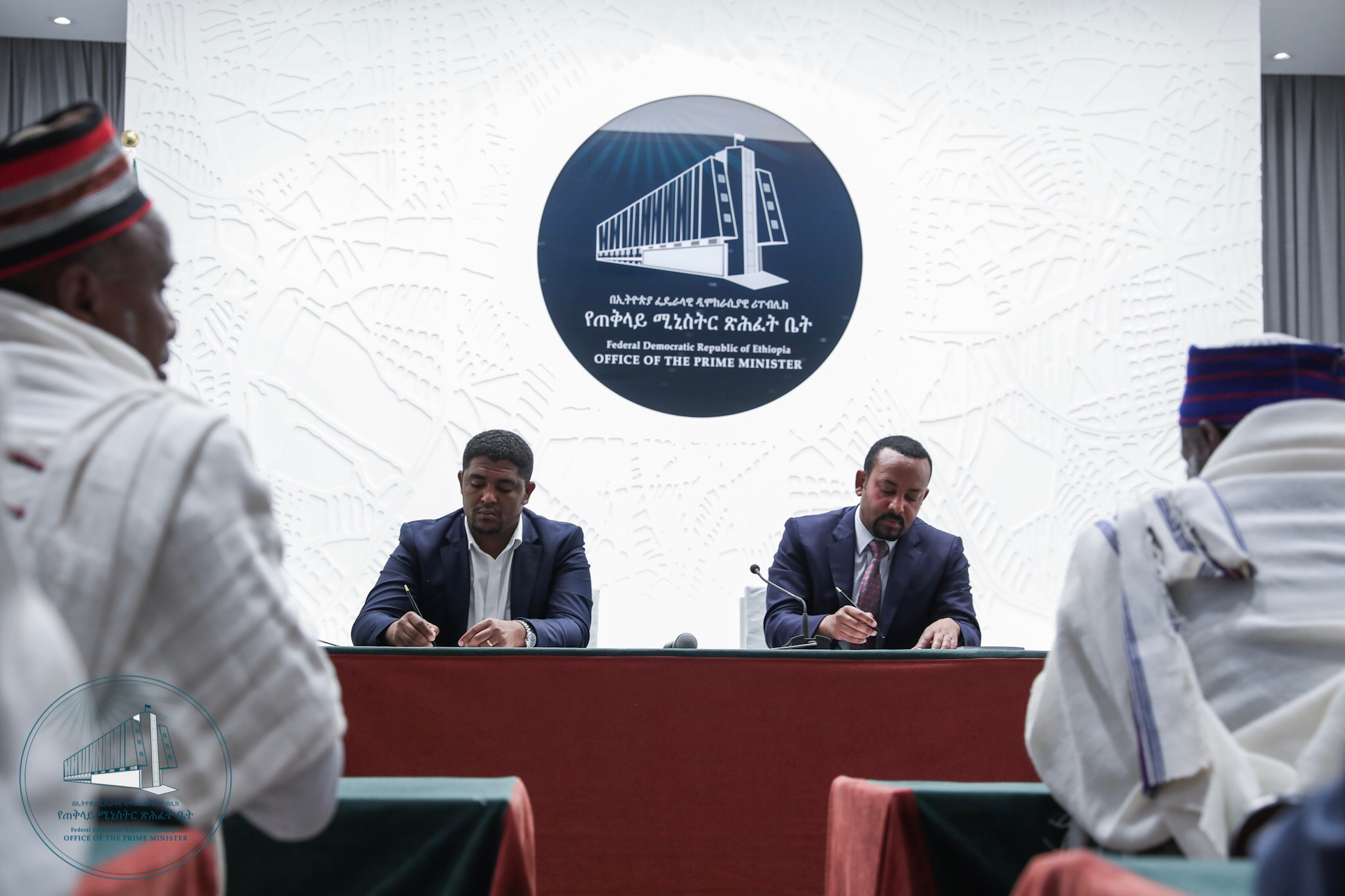 Ruling politicians now serve at the whim of the party leadership, in particular the chairman.

Since the diminishment of its status within the federal government in 2018, the Tigray People’s Liberation Front (TPLF) has been a party of righteousness.

That statement comes from someone who always disliked their leadership.

One of the most strategic decisions the party has ever made was its refusal to join the Prosperity Party (PP) late last year. If it had not made that decision, Tigray region could have become a battleground—similar or worse than Oromia Region and Wolayta Zone recently.

And, had the party joined PP, Chairman Abiy Ahmed could have removed or reshuffled the former TPLF leadership and replaced them with his own loyalists—such as Nebiyu Sihul Mikael—who may have faced strong opposition in Tigray, as do some PP officials in Oromia.

Some supporters of the Prime Minister and players in PP, as well as in the military, are old regime sympathizers. Daniel Kibret, advisor to the Prime Minister, said he believes the nation-building process Menelik II started is incomplete and because the  “elephant”, referring to Ethiopian Peoples’ Revolutionary Democratic Front  (EPRDF), was the problem but is now gone, he believes it will be completed under Prosperity Party in the next few years.

These people believe Ethiopia was a great country when Orthodox priests used to start parliamentary meetings with prayers until the EPRDF destroyed the country’s image and divided Ethiopians along ethnic lines.

Hence, they feel it is their responsibility to reverse that at any cost.

For example, Kassaye Chemeda, ex-Derg General and Abiy cheerleader, claimed Derg really never lost the war to TPLF, and stood by patiently while the party robbed the country. Moreover, after Hachalu Hundessa’s murder, he suggested security forces shoot protesters in the head on national television—and that’s exactly what took place in eastern Oromia last month. He also said it’s possible to wage and win a war against TPLF and Tigray region easily.

Therefore, had PP installed puppets in Tigray, any protests opposing the merger would most likely have received a harsh federal response.

These dynamics help explain why many politicians, analysts and activists have been voicing their concerns about the direction of the prime minster and his party ever since PP was established last year.

Despite its own challenges with inclusivity, the EPRDF was still a coalition of independent regional political parties.

Legally, EPRDF could not interfere in internal affairs of member political parties according to article 11(5) of its bylaws. Of course, this was not true in practice, mainly because of the cowardice of member parties, but legal protection was still there had any party wanted to use it. Unlike PP bylaws, EPRDF bylaws Article 7(1a) stated the front was a union of independent political parties and is not organized by recruiting individuals.

It is essential to understand the importance of this legal protection with respect to the change that took place two years ago.

The ability of Lemma Megersa, then leader of the Oromo Peoples’ Democratic Organization (OPDO) and Gedu Andargachew of the Amhara National Democratic Movement (ANDM) to stand up to EPRDF and demand change in late 2017 demonstrates the need for autonomous regional parties.

The pair were protected from illegal interference in the internal issues of regional parties because of the EPRDF structure. This is not the case for the merged party. PP is instead structured to resemble a private company, and so limits protections to middle managers—or, in this case, branch chairpersons.

The party consists of a Head Office in Addis Ababa, which is run by the prime minister and regional branches of the party. Local branch managers and branch employees serve under the discretion of the head office. Regional state leaders who serve as local branch managers are appointed and can be removed at the chairperson’s whim.

One may argue that regional presidents are elected by regional party members and are safe so long as they have the support of them. However, the Prime Minister can manipulate that support, as is shown by his former chief of staff running Oromia and his ex-national security adviser sitting at the head of Amhara’s government.

Should he want any regional president or party leadership removed, he can exploit gaps in the bylaw that allows him to remove party members who are supportive of the leadership he wants ousted. One way is using disciplinary action according to a vague sub-article, 14(1)(a).

The other is to threaten them by withholding finances and resources as there is no article as to how resources are used or funds allocated fairly among the different offices.

The recent removal of high-level officials in Oromia is a perfect example of this, and should serve as a lesson.

Lemma, Milkessa Midega and Teyba Hassan were removed from the central committee of the party’s regional branch. With due process any member can be removed from the party leadership or membership. This is because a political party like PP is a private institution with its own rules and procedures.  However, the removal of these individuals is mainly for not subscribing to the ‘medemer’ political philosophy of Abiy. No other explanation was provided by the party. So, they were removed from party leadership apparently primarily because they did not please Abiy.

This demonstrates why so many now serve at the prime minister’s discretion.

This is especially so as Ethiopians are accustomed to ethnic federalism and an imperfect, decentralized government for the past 27 years. I do not believe any of the nations, nationalities and peoples of Ethiopia asked for, or will tolerate, such leadership.

The Prime Minister does not seem to understand the country and the people he is leading. At this time when ethnic nationalism is at all-time high, and demands for autonomy are coming from all sides in the south, including Kaffa, Hadiya, Wolayta, Gamo, South Omo, Gedeo, Gofa, Bench Maji, Dawro and Silte zones, attempts to centralize government are folly. His rigid and delusional attitude is costing Ethiopian lives, mostly in Oromia and Southern Nations regions.

If he continues with this approach, it will cost even more.

Abiy seems committed to what he calls “nation building”, and has said that “however many dies, we will continue what we started.” in a speech he made in parliament after the unrest that cost many lives of Oromo protesters at the hands of security forces. The danger of this statement needs no explanation. He recently hinted that he knows he will be blamed now, and it will boil even more in the future, for the “bamboo seed” he’s planting—but everybody will understand once he is finished.

Surely the killings, arrests and burning down poor farmers’ houses are parts of the seed he was talking about. He seems to be drawing a comparison between himself and Menelik II, who waged war on Oromo and other peoples’ nations in the service of building modern Ethiopia. In that respect, he seems to feel some sadness the same way one feels sad when slaughtering chickens.

He seems to believe the resistance that exists today in many parts of Oromia and southern Ethiopia is an incomplete legacy of Menelik II, and he plans to finish it. Menelik II is despised by many Ethiopians, but praised by Amhara elites who are in position of relative privilege because of his policies and governments that favored ethnic Amhara and native Amharic-speaking Orthodox Christians.

A lack of comprehensive written records detailing the atrocities of Menelik II have resulted in an absence of the killings and slavery from the collective memories of many Ethiopians. Today, however, we record everything on video and in photographs.

As mentioned, the TPLF decision not to join the PP is one of its best yet.

The fact that Tigray is peaceful—and just autonomously held a successful regional election—without the federal government’s interference is due in part to being heavily armed as we saw in recent marches by Tigray special forces with artillery, and because the TPLF refused to join PP. Now, the Tigray government is operating somewhat independently from the central government, deciding to carry out a regional election, despite Abiy’s government warning against it.

The reason other states have not done similarly is partly because they will face consequences from their party if they do.

At the moment, all nine other states and two city administrations are led by PP governments, over which Abiy has plenty of control. There is no genuine state government independence, nor is there separation between government and party. Often, we see party officials doing government work (just as under EPRDF), such as interfering in matters of justice. The Prime Minister, for example, recently criticized Jawar Mohammed’s request for substitution of the presiding judge over his case citing lack of impartiality. In the same speech, he also hinted at agreement with prosecutors on denying bail, saying judges are bought. Oromia officials made accusations and legal threats against opposition representatives even before arrests were made.

Some PP Oromia office members who disagreed with this kind of misconduct or refused to participate are now removed. In Wolayta, leaders of the zone were dismissed and replaced by PP cadres, according to activist Ashenafi Kebede, and that led to mass arrest of protesters. Any regional PP office is therefore likely to be subjected to similar treatment in the future if it steps out of line.

The upshot of all of this is that Regional PP officials need to act as soon as possible to save their party and Ethiopian democracy. They need to make sure that their respective parties are autonomous by requesting amendments to the party’s bylaws so that the organization does not revolve around the individual at the top.

Abiy’s main motivation to dismantle EPRDF and form PP may have been because sister parties did not have voting privileges and were not represented in the executive committee and the central committee of the EPRDF. It’s true any member can be elected to the committees, but there is no well-defined proportional regional party member participation in the regular council, which is responsible for electing the central committee, which in turn elects the executive.

Sub-articles 17(4) and 17(11) of the bylaws offer vague instructions for the representation of members in the regular council:

It’s possible the PP office with the most members irrespective of the population of the region to control the general council, the central committee, and the executive committee. This may create the exact problem the people in the Southern Nations region have been and are struggling with: decisions by party organs may be imposed on a region that does not have a real say in the decision. That may include membership cancellations and removal from positions.

Regional leaders may trust Abiy to do the right thing today, but there is no guarantee he will tomorrow, given the deceptive behavior we have seen so far, or that he will remain in power for long. They need to ensure autonomy and well-defined proportional participation and decision-making powers, as well as fair use of resources for their parties.

At this moment, any regional party member or leadership is vulnerable—and the best way to secure their position is to try and please Abiy.

Bekele is a nuclear physicist at Wayne State University in Michigan, U.S.. He specializes in high energy experimental nuclear physics. Follow him on Twitter @BekeleErko