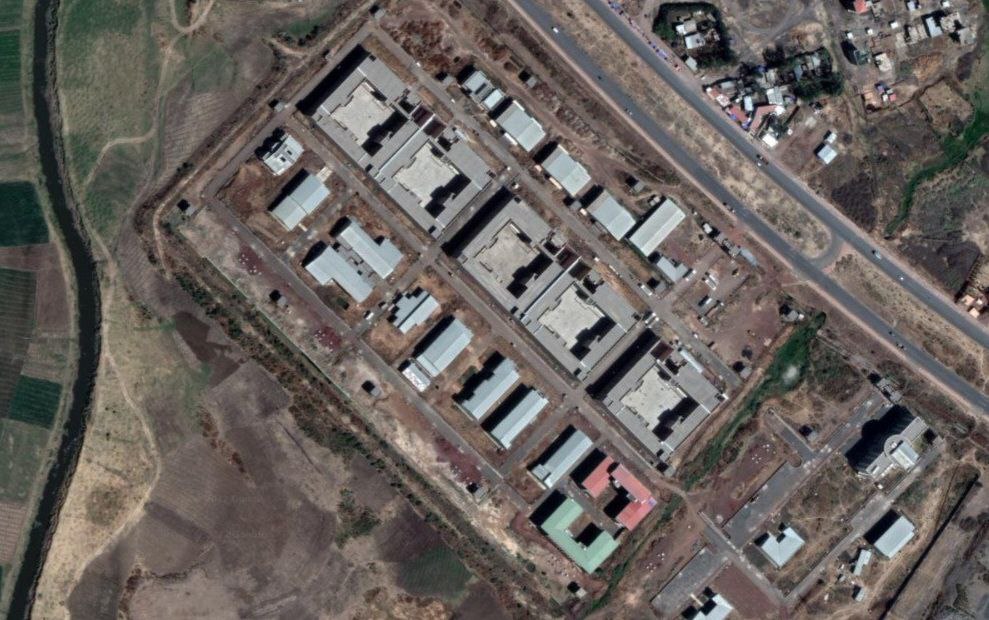 I was detained for 81 days without trial due to my ethnicity.

After Tigray forces captured strategic towns in the Amhara region, Prime Minister Abiy Ahmed declared a State of Emergency (SOE) on 2 November 2021. The SOE allowed authorities to arrest and detain individuals “suspected of collaborating with terrorist groups” without a warrant. This SOE is accused of and shown to be targeting Tigrayans based on their ethnic background by human rights organizations, the US government, the international media, and Tigrayan victims.

Local vigilante groups began searching individuals in Addis Abeba suspected of supporting the Tigray People’s Liberation Front (TPLF) and the Oromo Liberation Army (OLA) and turning them over to the authorities. Tigrayan civilians were also arbitrarily detained in Western Tigray, as were Oromo civilians who are politically active or refused to join militias.

The UN’s High Commissioner for Human Rights accused Ethiopian authorities of using the SOE’s excessively wide terms to round up civilians on the mere suspicion that they support the TPLF or OLA.

The pattern observed involved vigilantes conducting house-to-house searches or stopping people on the streets to check IDs, which helps in identifying a person’s ethnicity. This most recent wave of mass arrests, which appeared to be ethnically targeted towards Tigrayans and Oromos, coincided with an increase in hate speech, some of which used genocidal rhetoric.

Most detainees were held without charge or access to a lawyer, and some family members were reportedly told to pay bribes to secure the release of their loved ones. There was also a pattern of torture and abuse in the camps.

My own story is very much in line with the details in these reports.

It all began on 6 November 2021, when authorities picked me up while I was shopping and took me to prison.

Three civilians, who had been given my details by an acquaintance of mine, came to the shopping center and demanded that I identify myself. I gave them my company’s employee ID, wishing that they would be merciful.

Instead, they immediately ordered me to get into a nearby police car. When I asked why they were detaining me, their reply was simply, “it is an order.”

In this first phase of my detention, I spent five days at the police station. During the time I spent there, thousands of prisoners were collected from a single sub-city in Addis Abeba, a city with eleven sub-cities.

We were then all taken to a place called Aba Samuel detention camp, a camp south of Addis Abeba near Gelan condominium.

During this second phase of my detention, we were given starvation rations. While there was no clean water to drink, we were each given a single 50-gram piece of bread for breakfast and two 50-gram pieces of bread for lunch and dinner.

I spent the next five days at this detention center. Our families and friends were not allowed to visit us there. No information was even provided to them as to our whereabouts.

At first, government officials fed lies to the media, telling the international community that this was being done to protect us and that they were taking us to a safe place. Later on, they called us TPLF supporters or rebel fighters. We were told to consider ourselves as prisoners of war who had surrendered and to get ready to be punished.

The third phase of my detention took place from 16 November 2021 to 24 January 2022. During that time, I lived through an unimaginably miserable experience. Our families had no clue as to our whereabouts and didn’t even know if we were alive.

I was held at the Mizan Aman detention center, which is about 600 kilometers southwest of Addis Abeba. In this camp, there were around 18 or 20 rooms that are about 65 to 70 square meters in size. Each of these rooms held 170 to 175 prisoners.

In total, we spent around 70 days there. The first five to seven days were spent in a dark room, where we were given two 70-gram pieces of bread per day and around 1 liter of water to be used for both drinking and washing. It was even harder to get fresh air.

Dear mother, hope is all we have in Ethiopia's Tigray war
by Mistir Sew

All of the prisoners were given five to ten minutes a day to use the bathroom. As a result of the excessive heat, a minimum of five prisoners would lose control and faint every day.

On the eighth day, the guards came and tried to fix the light. They also tried to raise our rations from two to three pieces of bread per day and brought us an additional half a liter of water to drink from the river each day.

But, still, the total amount of water we were getting was not enough to drink and wash our hands and other body parts.

When someone fell seriously ill, we would knock on the door, which would get the guards angry. When we begged, saying that someone was about to die, they would mock us and reply: “What is the big deal with your death? Your corpse will be sent to your family.”

Among us were prisoners who recently went through serious medical operations that required a doctor’s visit. There were also people with chronic conditions like high blood pressure and anemia. Detainees were also contracting diseases such as typhoid, typhus, and malaria.

The other major challenge during this period was related to our families’ status. The moment we were arrested, every employee’s salary was halted. Many prisoners’ families almost collapsed financially: they had nothing to pay for rent, for children’s school, and for many other essential expenses.

The only source of income for my family was my salary. For three months, my wife had difficulty paying for groceries to feed herself and my two children, to cover rent, and pay my son’s school fee. My son was very depressed as his teachers were picking on him to pay. The fact that my wife was a lactating mom made things even worse.

My children were crying daily asking for their father. My 8 year old son kept nagging his mom about my whereabouts and was not convinced by any of her excuses such as that I went out of town for work.

She finally had to tell him the truth, but he couldn’t really comprehend her explanation. The depression he was going through as a result of all this was so intense that it concerned his classmates and teachers. A clever student who always did great in school, his performance was severely affected.

At one point he lost hope and said to this mom, “I think my dad is never coming back!” My wife fainted when she heard this. Luckily, her sister was around and comforted everyone.

My second, 1-year-old son was also crying every day asking for his dad. Medical intervention was needed to make sure the constant crying didn’t lead to something more serious.

I learned about all these hardships my family went through after being finally released in late January following the Tigray forces’ withdrawal from most parts of Amhara and Afar; many of the detainees were also released around the same time.

I now have an eye problem as the lack of sunlight in the darkroom we were locked in has affected my sight. I can’t go outside of the house without having sunglasses and a hat on. The lack of shower during my detention has also made my skin develop bad rashes and allergies that I am now suffering from.