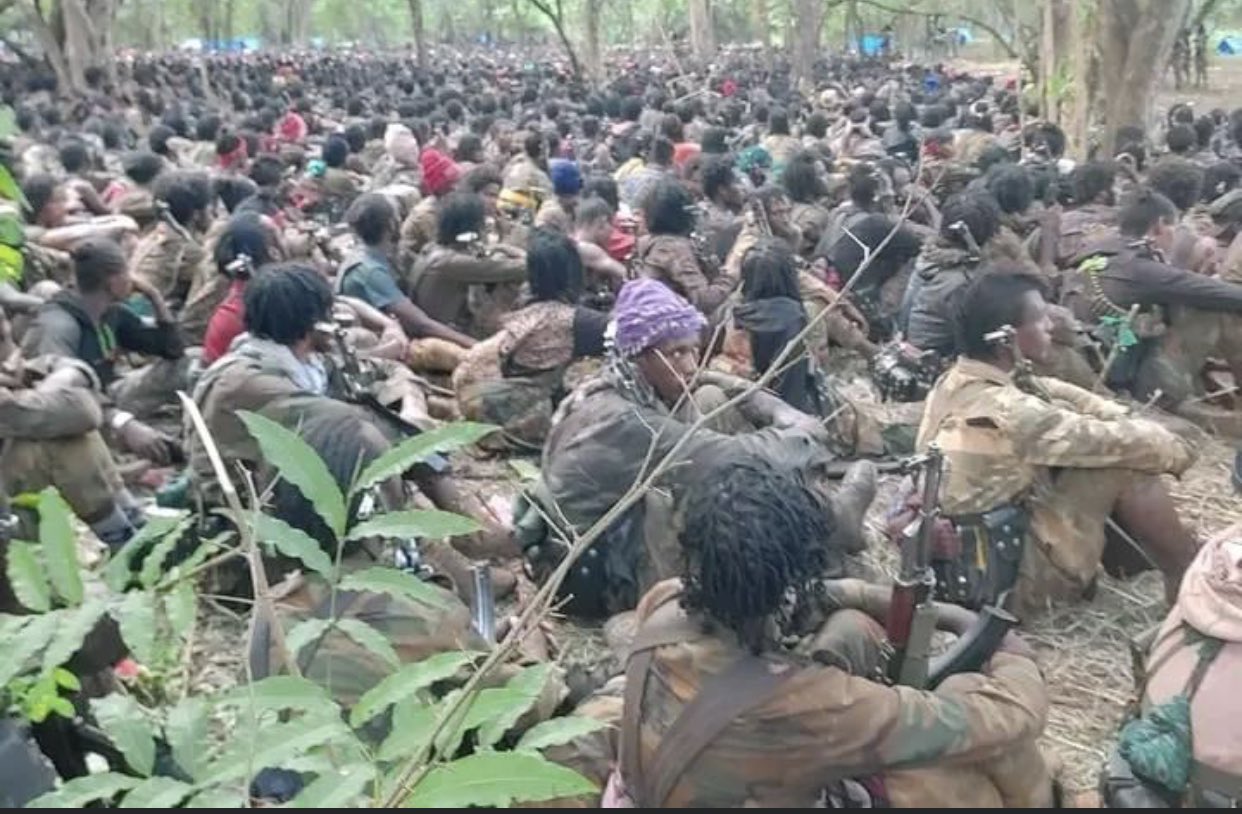 In Gambella, the chaos left battered bodies strewn across the city’s streets, some of them Oromo civilians murdered in the aftermath. Hundreds were killed in total in the two regions.

While the OLA has been active since 2018, this attack appeared to be in response to a renewed government offensive that began in March. The OLA has therefore sent a brutal message that recent government claims it was heavily depleted were misleading.

A key question now is whether Prime Minister Abiy Ahmed and allies move to try and strike a truce with the OLA as they have done with their armed opponents in Tigray, or risk escalating the situation further with intensified efforts to try and neutralize the Oromo nationalist insurgents.

The Gambella incident is also notable as it was the first joint operation by the OLA and GLF.

However, by selecting a location with a history replete with violence between the indigenous Anuak and Nuer, and also between those communities and highlanders, the insurgents have stoked dangerous intercommunal currents.

Gambella residents told Ethiopia Insight they began hearing gunfire from machine guns and AK-47s at around 6 am local time. Shooting intensified an hour later and concentrated around the town square, extending as far as Don Bosco area. The regional council and a Federal Police camp there were the likely targets.

The fighting then expanded to include a large swath of the city.

By midday, intense crossfire could be heard near the presidential palace, located across the Baro river. By 1 pm, it had largely subsided and only intermittent shooting could be heard around Don Bosco.

OLA and GLF forces reportedly secured control over half of the city before withdrawing after they met resistance, including from Federal Police.

Odaa Tarbii, the spokesperson for the OLA, tweeted at 5 pm that the “joint operation in Gambella has concluded after meeting its objectives,” which, he claimed, included capturing a large number of military supplies from depots in the city.

Militants said they tried to free suspected OLA members from the regional prison. There are also rumors of ethnic Nuer members of Gambella special forces defecting to join the GLF.

According to a former Federal Police officer, a local with regional government connections, a few days ago many of Gambella’s special forces were ordered to disarm. He believes the attackers may have obtained this information and used it to their advantage.

Omod Ojulu, Gambella region’s president, who’s from the Anuak community, stated in a press conference on 15 June that the rebels were pushed back by the region’s Special Forces, Federal Police, and other security actors. “The enemy suffered heavy casualties. Banks and other government institutions have not been looted. The city is completely under our control,” he said.

He called for the public to collaborate with security forces against the “terrorists”, including by staying indoors. “We call on residents of Gambella city to expose enemies that may be hiding in the houses of residents.”

Abella Obang, Gambella region’s police commissioner, called for vigilance. “Our militia forces in the city’s three administrative zones and weredas should guard their local areas. The enemy didn’t come from one direction only. They may again enter from various directions,” he said.

OLA seems to have suffered heavy casualties. Eyewitnesses counted more than ten corpses of OLA fighters in one area alone, an area people conventionally call Semanya And Zero Zero, and at least twice that number in another area, Gonder Sefer.

Another local told Ethiopia Insight that five Sino trucks full of civilian and combatant corpses unloaded on Wednesday at Arsema Tsebel [Sacred Spring] of Orthodox Church, around four kilometers out of the city.

At least three civilians were killed. A witness told Ethiopia Insight that he saw tens of people killed and injured being taken into the hospital, several of them civilians.

On Tuesday evening, a man leaving a pharmacy in Gambella was confronted by special forces, who shot him dead after objecting to his response.

On Thursday, two days after the fighting, footage of security forces shooting an unarmed man in Gambella city circulated on social media. The video is unverified and regional authorities deny executing civilians, but residents said eleven people were rounded up and only one survived.

Ethiopia must address impunity for human rights abuses by security forces
by Alemayehu B. Hordofa

Reports indicated regional forces searched residences looking for members of Shene, the government’s name for the OLA, which parliament classified as a terrorist organization in May last year. The Ethiopian Human Rights Commission (EHRC) said it received information that people were killed during those searches.

Residents said OLA’s involvement may cause long-term complications between the Oromo community and, especially, the Anuak. The witness at the hospital said that “the indigenous people see Shene and think the habesha are attacking them. They are already saying bad things.”

Gatluak Buom Pal, GLF leader, who says the group is fighting for the liberation of the people of Gambella from Prosperity Party tyranny, claimed they withdrew to avoid civilian casualties after government forces retreated into the city and mingled with residents.

In a comment that could presage future violence, he said that an Amhara Fano militia has been formed in Gonder Sefer in Gambella. “If the situation continues like this, we may not tolerate it.”

On 17 June, the Gambella People’s Liberation Army, the rival insurgency that made an alliance in November with TPLF, OLA, and other federalist and confederalist groups criticized the GLF-OLA attack, saying GLF is seeking Nuer supremacy, and that the OLA was misguided by GLF and has no business in Gambella.

The OLA simultaneously launched attacks on government forces in two towns in Oromia.

According to Dembi Dollo residents, OLA fighters marched to the town from four directions and faced government forces.

One said the offensive targeted a military base and that OLA withdrew to the outskirts of Dembi Dollo at around 1 pm after attacking security forces’ camps in the town.

Another said OLA forces retreated after attacking government troops and controlling their camps during the afternoon. At 1 pm the next day, a resident said the shooting could be heard on the edges of Dembi Dollo, and that government offices and businesses were still closed.

“Though the government may hide its losses, it lost many of its forces yesterday,” said a resident.

Fighting also occurred in Gimbi, starting from every direction around 6 am on Tuesday and continuing until around 7 pm.

A resident heard at least 28 members of local security forces and many federal soldiers were killed. He said the shooting had stopped on Wednesday lunchtime, but no offices or businesses were open and residents were staying home.

He said OLA forces had freed more than 400 political prisoners in Dembi Dollo and more elsewhere.

Oromia National Media (ONM), an OLA-affiliated outlet, reported at least 50 government forces were killed in Dembi Dollo. In Gimbi, it said OLA killed 152 security forces and injured 76 after chasing them out of two camps.

Kebede Desisa, a federal government spokesman, confirmed the clashes and said government forces had restored peace after an attack by bandits.

On the day of the shootings, Abiy told the parliament that more than 1,000 OLA fighters were killed and several thousand captured as a result of the operation ongoing since March.

The June 14 OLA offensive started two weeks after the OLA held its general assembly in late May, and days after the government reported that its successful operation had liberated territories and “severely” weakened OLA, a claim that now looks highly dubious.

Abel is a teacher who closely follows Ethiopian politics.