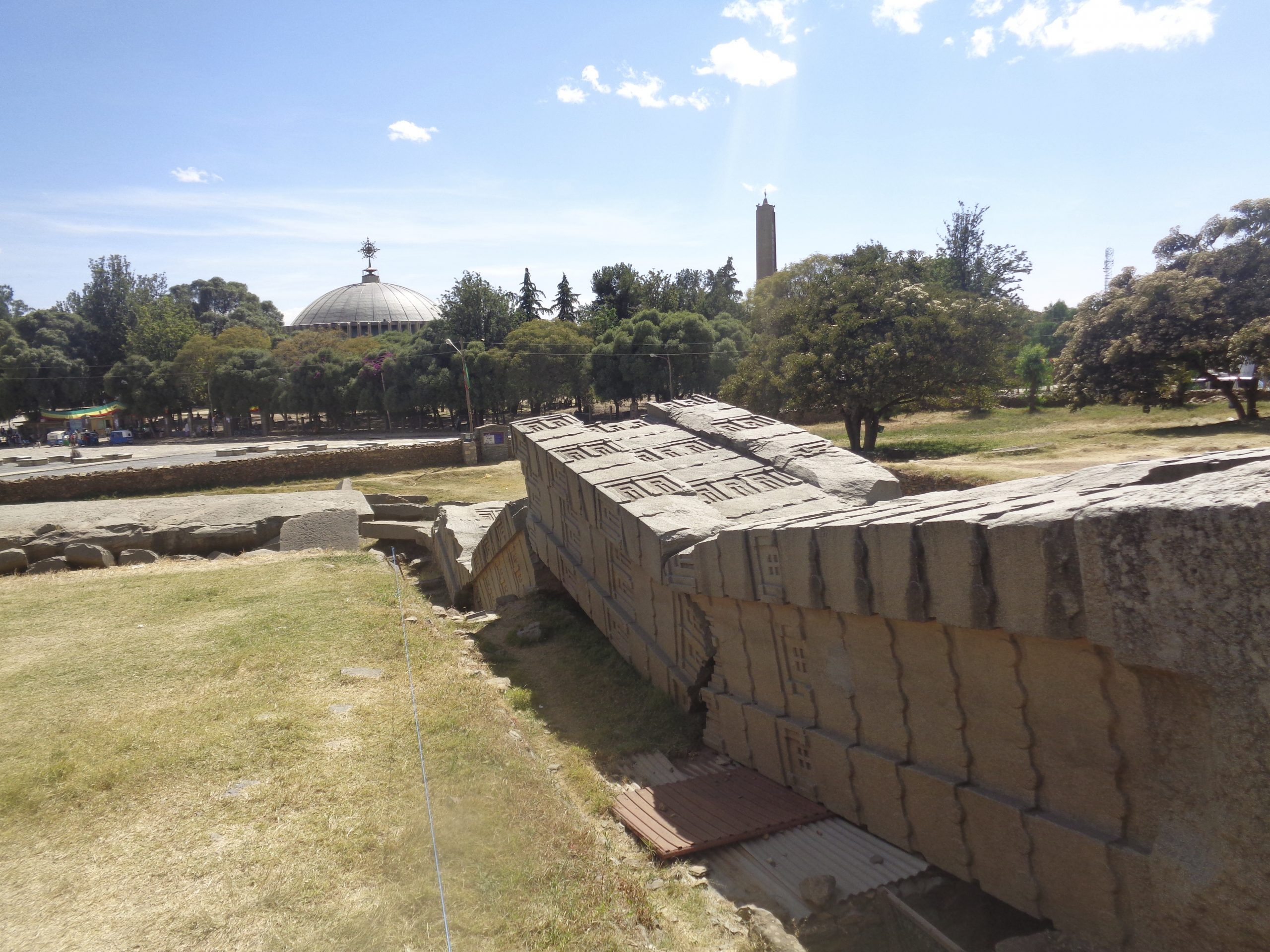 Over the last two years, the devastating war in Tigray has caused me to reconsider my identity and question my place in Ethiopia.

Like many Tigrayans, I was a firm believer in my Ethiopian identity prior to the war, partly because many generations of Tigrayans have made significant contributions to Ethiopia. Tigray’s history was so intertwined with Ethiopia’s that it was considered taboo for a Tigrayan to question their Ethiopian identity.

Oromos have struggled with this same question for decades. When Oromo politician Jawar Mohammed championed the “I am Oromo first” slogan, it did not sit well with many Tigrayans. We couldn’t figure out what prompted Oromos, or at least those who agree with Jawar, to question which identity holds most meaning to them.

However, the outbreak of the war in 2020 was an eye opener for many of us. What qualifies me as an “Ethiopian” and what do I want from my country? These questions have been bothering me and many other Tigrayans since that fateful day a little over two years ago.

The fundamental guarantees and protections that I expect from my country of birth have slowly eroded. Practically speaking, foreign nationals, such as Eritreans, have more rights in Ethiopia than I do as a Tigrayan.

It is difficult to live in a country where your nationality is constantly called into question. You cannot easily mingle and have fun with people from other ethnic communities because they may think you are a spy or some sort of low-profile “Junta”.

ትግሬን ማመን ቀብሮ ነው, which means “trust a Tigrayan only after you bury him,” is the mantra that has gripped Addis Abeba and beyond.

Your life as a Tigrayan is not worth more than an animal’s life in today’s Ethiopia. Nobody takes responsibility if you are killed at any time, at any place. You could be burned alive if you come into contact with Ethiopian soldiers or their brutal allies.

It has been agonizing to witness the brutality of some of the killings. The killers gleefully used their phones to record the agonizing deaths of Tigrayans. Some of the killers’ “trophies” made their way onto social media and have been widely shared. However, there are certainly many more similar killings that went unrecorded.

Since the beginning of the conflict, the international community has stood by and watched as thousands of Tigrayans were slaughtered by federal troops, Amhara regular and irregular forces, and Eritrean soldiers.

It is estimated that more than 500,000 Tigrayans have died as a result of wartime violence against civilians, manmade famine, and the destruction of the region’s health system.

The actual figure could be even higher, but it’s hard to know because Prime Minister Abiy Ahmed’s regime has barred access to independent researchers, human rights investigators, and journalists who could help determine the true scope of atrocity crimes in Tigray.

Some of the atrocities committed in the region have been covered by credible human rights organizations. However, because Abiy’s brutal regime has deliberately cut off access to Tigray, most evidence of extrajudicial killings and other heinous crimes has remained hidden.

Hundreds of thousands of Tigrayans have been systematically cleansed from various parts of Tigray, mostly in the west. They are unable to return to their homes. Some fled to neighbouring countries, while others became internally displaced. They lead a perilous existence in which their survival is tested on a daily basis.

Hundreds of people have been murdered in government concentration camps, particularly Tigrayans who served in the Ethiopian military, and many more have starved to death in the detention centers due to a lack of sustenance and medicine, overcrowding, and poor hygiene.

Abiy’s government is not only killing people directly, it has used every trick from the Biafra siege during Nigeria’s 1967-1970 civil war to systematically wipe out Tigrayans.

Due to the blanket suspension of their bank accounts until recently, people in Tigray have been unable to feed themselves and their families. Since banking services were reopened in some places, they are limited to taking out small sums. Many people who owned their own businesses and lived comfortable lives prior to the outbreak of the war are struggling to survive because they no longer have access to their savings.

Unable to pay their rent and other bills, the vast majority of them have gone bankrupt. Moreover, one in three children in Tigray is malnourished due to the siege.

Countless men and women have been subjected to rape, and survivors have been left to their own devices with no help from the outside world. According to estimates by the Tigray Health Bureau, 120,000 Tigrayan women and girls have been raped during the war.

Individuals have been abducted from various locations and tortured with electric cables, wooden sticks, and metal rods. Others have been mutilated and dismembered. Many are paralyzed as a result of their captors’ use of excessive force.

Abiy’s government has given all federal agencies orders to dismiss Tigrayans from all positions. As a result, thousands of Tigrayans working outside of Tigray have been fired.

Even the well-educated are unable to support their family since they are not getting their salaries. Millions of Tigrayans employed by federal institutions in Tigray and the Tigray regional government have not been paid since June 2021.

Daily laborers and those who used to work in low-wage occupations confront the same predicament, since there are no job opportunities for them. All of these individuals face the following desperate choices: starvation, joining the struggle, or exodus from the region. Some have committed suicide due to their inability to feed their families.

Businesses owned by Tigrayans have been closed. Due to excessive taxation, real estate owners, hotel owners, and other Tigrayans who used to play critical roles in the country’s economy are being forced to sell their businesses.

Those who fled the country for safety or were unable to pay the exorbitant taxes had their businesses auctioned off. The owners were left with little after the federal government and banks took a large portion of the proceeds from the foreclosure.

This begs the question of whether the Tigray war was precipitated by the economic needs of a small economic elite.

Between Tigray and the rest of the country, there has been no road or, for much of the last two years, air transport. As a result, families are being separated from one another. Flights resumed in mid-December, but soon after federal authorities imposed a ban on air travel for Tigrayans between the ages of 16 and 65.

It has become difficult to determine which of our relatives are still alive. It’s also difficult to send cash and other necessities to Tigray.

Before the peace deal was signed on 2 November, sending money to Tigray had effectively become a crime because people were forced to smuggle money in to feed their starving families. Smugglers demanded up to a 50 percent commission. At checkpoints in Kobo and Afar, federal security agents and Afar special forces confiscated a large amount of money intended for Tigray.

Even within Tigray, you had no idea how your close family members who live a few kilometers away from Mekelle were doing. Until recently, all communications systems were down and it still remains difficult or impossible to contact people living in remote areas.

You can’t easily drive to their house to see them in person because you realize buying fuel, if there is any to buy, costs an arm and a leg. You can’t send them money because the banks are closed.

That is the way people have been living in Tigray.

Walking through Addis Abeba’s streets gives you an unimaginable sense of insecurity. You can be detained at any time for no apparent reason.

Thousands of Tigrayans remain in concentration camps that have sprung up in Afar, Amhara, and elsewhere in the country, and the fate of countless Tigrayans has remained a mystery.

Even those deported from other countries face this kind of treatment. However, the forcible disappearance of Tigrayans has received little domestic and international attention.

A large portion of the Tigrayan population despises Abiy and his regime. Only a small number of Tigrayans support or are members of the ruling Prosperity Party. They, too, were subject to detention in camps.

It does not matter if you are a politician, an ordinary person, a human rights defender, or a businessperson. Even if you flee Tigray for safety or because you are starving, you are likely to face the same treatment: arrest, torture, denial of basic services, and internment.

If you want to survive in Ethiopia today as a Tigrayan, you must put up with discrimination and ill treatment.

There are no rights you claim as a Tigrayan living in today’s Ethiopia. Your freedom of movement, your right to basic services, and your right to protection from torture and other kinds of ill treatment are denied for the sole reason that you are an ethnic Tigrayan.

Tigrayans’ contributions to the establishment of modern Ethiopia did not protect us from the atrocities committed against our community. To the contrary, there is widespread hostility among Ethiopian nationalists toward Tigray and the Tigrayan identity.

A peace agreement between Tigray and Ethiopia won’t heal the deep wounds inflicted on Tigrayans by the brutal Abiy and Isaias regimes, especially one that does not include accountability for atrocity crimes.

Given how fundamentally our constitutional rights have been violated amid the war, many Tigrayans like myself have now completely rejected their Ethiopian identity.

Under these circumstances, I’m left to question why I should still call myself an Ethiopian.

Asmelash (Ph.D.) is a former Senior Advisor at the Ethiopian Human Rights Commission and head of its Tigray office.