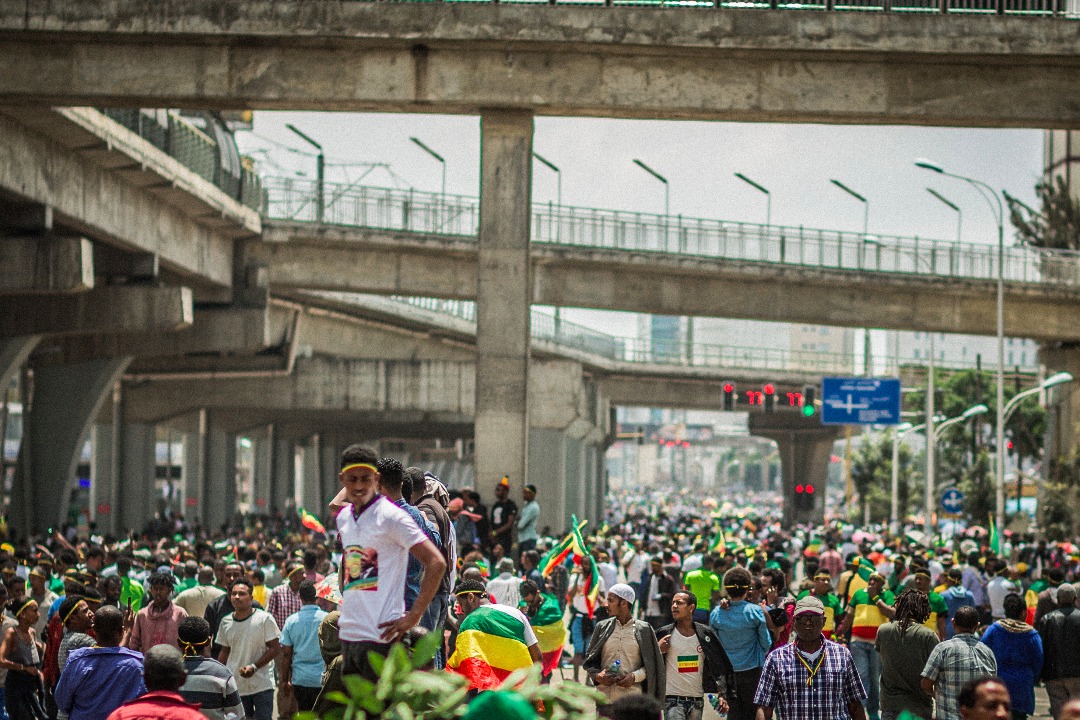 In the past three years, and most acutely since Prime Minister Abiy Ahmed took office, Ethiopians have witnessed something unusual in their country’s politics.

That is the constituent parties of the ruling Ethiopian Peoples’ Revolutionary Democratic Front (EPRDF) openly disagreeing with each other as party discipline frayed while protests spread and economic and governance challenges piled up.

This is from an organization renowned for its secrecy and adherence to democratic centralism, which means mandatory obedience to decisions reached after supposedly freewheeling debate.

A striking early example of the emerging era was the July 2016 rally in Gondar, Amhara region that was highly critical of the Tigrayan People’s Liberation Front (TPLF). The protest over the alleged annexation of the Wolkait area by Tigray state appeared to be facilitated by elements of the then Amhara National Democratic Movement (ANDM).

ADP has even hinted it wants to discard Revolutionary Democracy

Amhara ruling party’s new tack was exhibited again this year as combative rhetoric was employed by regional president Gedu Andargachew and party boss Demeke Mekonnen at a rally in Bahir Dar where the old Ethiopian flag was on brazen display and former prisoners were paraded.

In a further sign of newfound autonomy, and an accompanying shift from liberation to pluralistic politics, there have been name changes. The party Abiy leads, the former Oromo People’s Democratic Organization, is now the Oromo Democratic Party (ODP). The old ANDM, which rules the second-most populous region after Oromia, followed suit. Its acronym is now ADP.

ADP has even hinted it wants to discard Revolutionary Democracy, the EPRDF’s mass-participation alternative to the liberal model. And it also said publicly it wants to redraw administrative boundaries, and has pushed for a Sudanese border agreement, a domain of the federal government, to be re-examined.

Previously, such potentially destabilizing positions were closely guarded secrets of a cohesive front. And as well as revealing these domestic tiffs, there is also flirting with strangers.

ADP is under pressure from the newly formed National Movement of Amhara party, which is gaining popularity by appealing to those who believe Amhara was exploited under TPLF, and now faces the threat of being subservient to Oromia’s elites. In response, ADP is handing airtime to ethnonationalist voices on the TV and radio stations it controls.

Some in the Oromo activist camp, and presumably in ODP, are looking for potential allies in Southern Nations state by supporting the Sidama quest for its own region.

While in Tigray, TPLF-friendly activists, and most likely TPLF cadres, are looking for potential allies in Oromia regional state. They are pushing for de-facto alliances with the ethnonationalist wing of ODP, and even with previous adversary the OLF, in a proclaimed bid to preserve federalism from assaults by the “unitary” camp.

With the unity of EPRDF fraying, its parties are also seeking partners in the non-EPRDF regions, which are normally unfairly excluded from mainstream national politics. But that does not mean the EPRDF members are taking the same approach to these normally peripheral regions.

The intervention of the federal government in July in Somali regional state to oust former Chief Administrator Abdi Mohammed Omar saw Tigray tacitly condemn the military intervention, while Amhara made a statement seemingly supporting the move. Abdi had been at loggerheads with ODP leaders.

Perhaps more significantly for Ethiopia’s political future, the EPRDF government has welcomed the return of bitter rivals such as the Oromo Liberation Front and Ginbot 7, a sight many Ethiopians thought was impossible.

Of course, the type of disagreements brewing among the EPRDF coalition partners are common in multiparty democracies. And indeed there is a history of fraternal fighting among Ethiopia’s opposition coalition, most famously around the 2005 election, when the Coalition for Unity and Democracy tore itself apart over whether to take up its parliamentary seats. The key difference is that the EPRDF and allied parties control every elected position in the federation, from millions of kebele council seats to Abiy’s. The question then is whether Ethiopia can manage coalition politics without unraveling a brittle political fabric stitched together by the EPRDF, which has already been battered by years of anti-government protests.

With the public’s trust in politicized government organs low, and Ethiopia having little experience of competitive multiparty politics, the question is can this administration effectively implement reforms in time for local elections next year and parliamentary polls in 2020.

Given the lack of autonomous democratic institutions, there are signs the new era is heading for unintended consequences and dangerous pitfalls, such as the thorny question of what to do with the armed wings of returned political movements.

Given the fast-paced recent political trajectory, spurred by a more aggressive state press and the whirlpool of social media, it is hard to gauge where it is all heading.

For example, despite the relatively open discourse of recent months, and the semi-public intra-EPRDF feud, there is no clarity yet on whether the new era will end the front’s monopoly on power, or perhaps even lead to its dissolution.

Nevertheless, for better or for worse, Ethiopia seems to be veering towards a new form of coalition politics as it enters an exciting but uncertain era of political competition.

Elias is a freelance journalist, media consultant and researcher based in Addis Ababa. His work has been published by Al Jazeera English, Xinhua News Agency and Thomson Reuters Foundation.