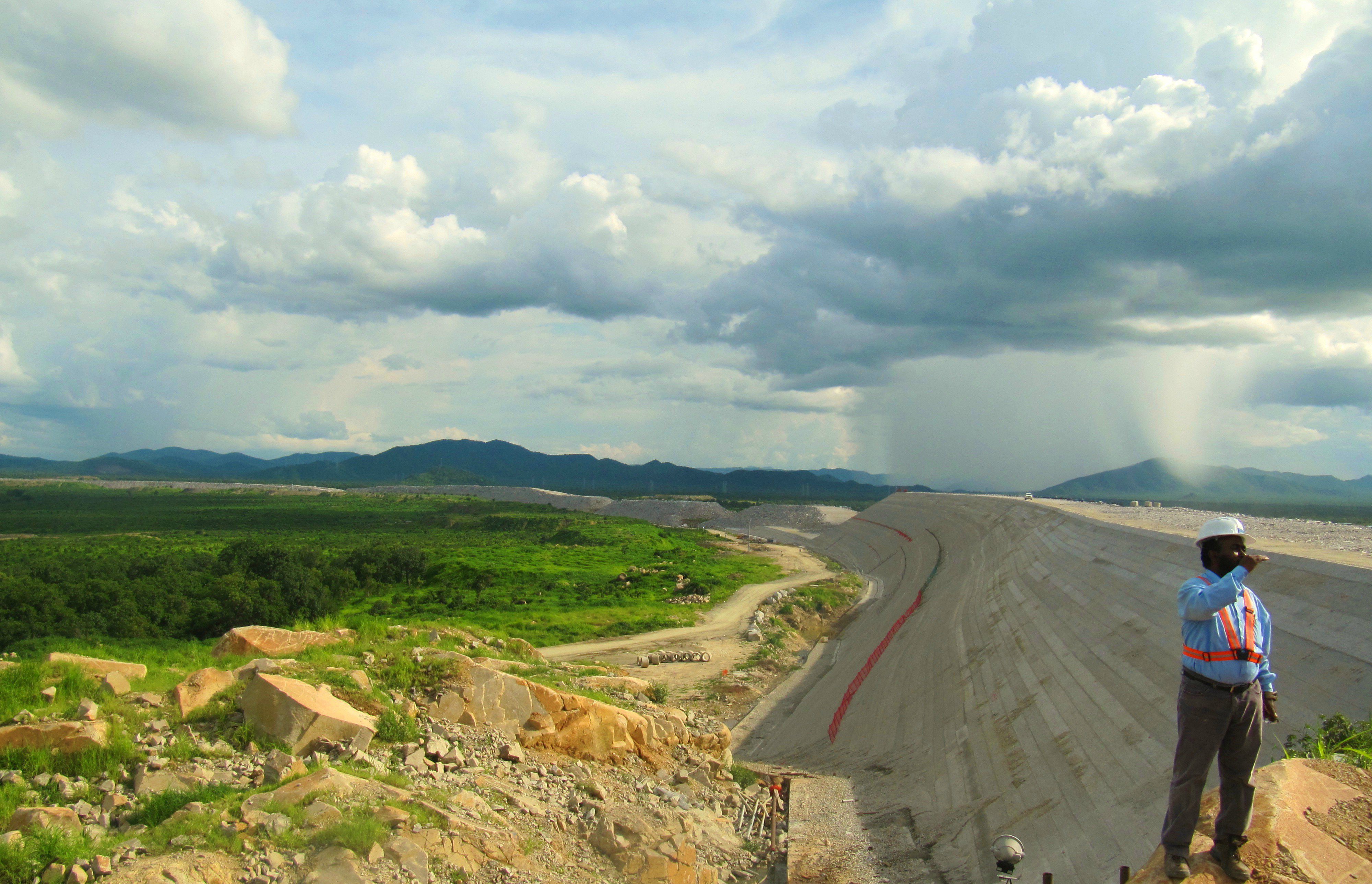 The violent death on July 26 in Meskel Square of Semegnew Bekele, the revered Project Manager of the Grand Ethiopian Renaissance Dam, has shocked the nation.

Two days earlier, Prime Minister Abiy Ahmed had sent his own shockwaves around social media by reportedly suggesting that the hydropower plant won’t be completed for a decade at the current rate of construction.

All that has been revealed so far about Semegnew’s demise is that he was found shot dead in his Land Cruiser with a pistol next to him, but key parts of the dam’s story are clearer. While the Prime Minister was accused of negativity about the mega project after his comments — with some even suggesting he is trying to undermine it — arguably he was just being realistic, if somewhat tactless.

The key current obstacle to completion is uncertainty over the role of the Metals and Engineering Corporation (MetEC), the formerly military-run company that has been involved in several delayed projects. At issue has been whether it will install GERD’s turbines as contracted, with many assuming MetEC is not capable, according to a source close to the project. Ongoing indecision on installation, which has lasted years, means that dam-builder Salini Impregilo cannot finish the steelworks for the main structure.

And as the dam is not complete, the filling of the reservoir can’t start, which means the Government will not be able to take advantage of above-average rainfall in the Blue Nile basin forecast this year. Even when the structure is ready, impoundment is expected to take at least five years, and that depends not just on how much rain falls, but is also likely be impacted by the tortuous negotiations with Sudan and Egypt. Cairo fears it will suffer water shortages while GERD is filled and has made belligerent noises in recent years, although Abiy visited last month and had a positive meeting with President Abdel Fatah el-Sisi.

“A more reasonable optimistic estimate might indeed be 10 years”

So, in the unlikely event that everything goes exactly to plan from now, the dam still won’t be at full capacity until the middle of next decade, and a more reasonable optimistic estimate might indeed be 10 years. If the construction problems worsen, it may be a lot longer off than that.

For now, the main issue is getting the necessary electro-mechanical equipment installed, so the dam can be completed, and enough water can be stored to produce some initial electricity — which was supposed to happen back in 2015. “Salini is delivering, but now they are slowed down by the lack of progress on installation of the equipment,” the source said.

While Salini builds the dam for Ethiopian Electric Power (EEP), MetEC received the electro-mechanical contract. In 2014 they sub-contracted construction of the first half of 16 turbines to Alstom for 250 million Euros, whose energy business was bought by GE in 2015. That deal included an agreement to supervise installation. A GE Renewable Energy spokesperson said he was unable to gather information about the contract.

The other eight turbines are to be built by Germany’s Voith Hydro. It is believed that five or six have been delivered in total by both contractors to the site that is 60 kilometers from the Sudanese border. However, while MetEC has not procured installation services, few involved think they have the capability to do the work themselves, which requires engineering precision down to the last tenth of a millimeter. That issue and now the tragic death of chief engineer Semegnew means further problems for a scheme that has also been affected by Ethiopia’s foreign-exchange shortage, as it led to delayed payments for Salini and others.

Semegnew was apparently perturbed by the negative press about GERD that followed Abiy’s comments on Tuesday, and had not had an opportunity to discuss the project with the new Prime Minister. He was said to have poor working relations with MetEC and with Azeb Asnake, the Chief Executive Officer of EEP, but was reportedly as committed as ever and had been working on a tender for the installation work.

The Prime Minister, Minister of Water, Irrigation and Electricity Seleshi Bekele, and others now have a huge task on their hands to bring the project to completion in good time. An insider stressed that Abiy needs to quickly express explicit support for the project and start addressing any problems that exist, otherwise concerns will grow about his lack of commitment to it.

Seleshi and Semegnew took more control of GERD after Debretsion Gebremichael, the project’s former supremo, lost his position as EEP’s board chair. When contacted today, Seleshi said that it was not the right time to discuss the project because of Semegnew’s death.

The likely next step is to hire a world-class engineering firm to undertake the electro-mechanical equipment installation. That would mean moving against MetEC — and this is by no means the only current major headache created by its ambitious yet wasteful activities. The Yayu fertilizer complex has suffered huge delays, while MetEC bungled the $235-million Kuraz 1 sugar processor, which may be unrecoverable. The head of the Sugar Corporation told a Parliamentary committee this month that they were unable to terminate a contract with MetEC due to harassment. In another under-reported scandal, MetEC’s attempts to reassemble a power plant bought in France for more than $100-million for EEP’s Melka Sedi biomass thermal power plant ended in outright failure.

Major-General Kinfe Dagnew resigned as MetEC’s Director-General in April and was replaced by former Trade Minister Bekele Bulado. There have also been changes at the board with Industry Minister Ambachew Mekonnen taking over as chair from Deputy Prime Minister Demeke Mekonnen. MetEC was created from government defence industry manufacturers and used to be run by military officers, but it has always been formally accountable to the Prime Minister’s Office. The aim of the company was to improve Ethiopia’s engineering capacity through experimentation and learning from foreign partners, and it is believed to have also made some significant achievements.

GERD was promoted as the symbol of Ethiopia’s emergence from poverty under the Ethiopian People’s Revolutionary Democratic Front (EPRDF) after being launched by Prime Minister Meles Zenawi in 2011. It was accompanied by a relatively successful effort to sell low-denomination GERD bonds to the public for a project the Government said would be domestically funded. That means millions are literally invested in the success of a scheme designed to demonstrate Ethiopia’s self-sufficiency and billed as the crown jewel of an industrialization drive.

Speaking to academics last Tuesday, Abiy is reported to have criticized aspects of the public mobilization surrounding GERD, which perhaps he felt had led to unrealistically bullish expectations and overly optimistic assessments. While economic realism is vital, that seems like a clumsy move by the Prime Minister, especially given the prominence of the Renaissance dam in the EPRDF narrative and its general popularity among Ethiopians. But there are further reasons to think the existing government approach has masked problems.

A pressing one is the cost, with Abdulmenan Mohammed, an expert on Ethiopia’s public finances, suggesting GERD’s 80 billion birr ($2.9 billion) price tag has increased by 10 billion birr each year due simply to interest due on loans. Inflation and currency devaluations will have pushed the tab higher, and it could end up at closer to 200 billion birr, he thinks. Other major dams such as Egypt’s Aswan and Brazil and Paraguay’s Itaipu have had similar issues, with large cost overruns common.

Much of GERD’s domestic funding has probably come from the Commercial Bank of Ethiopia, which has almost half of its loans outstanding to heavily indebted EEP, he said. The public enterprise’s annual revenue is likely to now be around 4 billion birr—with over half earned from electricity sales to Djibouti and Sudan—while its interest payments amount to approximately 12 billion birr, almost all of which gets added to project costs, according to Abdulmenan. Ethiopia has one of the lowest domestic electricity tariffs in the world.

Ethiopia’s growing economy is facing headwinds with substantial repaymentsdue on external loans and the trade deficit increasing. Last month the government announced plans to sell minority stakes in its most valuable public enterprises, partly to raise funds. Its foreign exchange crunch is so severe that the central bank not only recently received a $1-billion emergency loan from the United Arab Emirates, which also played a key role in the rapprochement with Eritrea, but the authorities are seeking a year’s fuel in advance from Saudi Arabia, which would be worth around $2.5 billion.

The other overarching concern is the design.

GERD is scheduled to only produce its maximum generating capacity of 6,450 megawatts for 28 percent of the time, which is a relatively low ratio for a hydropower scheme, and so technically speaking it is a peak-power plant. This makes it unsuitable for Ethiopia’s grid that hasn’t fulfilled its need for a steady supply of electricity known as base-load power.

“GERD and other big dams were designed for export, not for domestic consumption, as they are almost all designed as peak-power plants with low efficiency, which is not what the economy needs,” said Aydagne Zelleke, a civil engineer. “The Government was playing a political numbers game to try and hit an overall generation target. The target of 6,450 megawatts itself for the GERD was misconceptualized: we should have targeted energy (gigawatt hours) and not power (megawatts), but this would not have suited the game.”

The reasons for the strategy seem to have been to send an unanswerable message to a hitherto dominant Egypt that times are finally changing in the Nile Basin, to rally 100 million Ethiopians around a gigantic project, and to produce electricity to sell to the region. That means engineering and economic efficiency took a backseat.

All sorts of theories are flying around about the shooting and about why Abiy has so far not been more enthusiastic about Africa’s largest hydropower scheme. Perhaps one of the reasons for the lukewarm attitude is that he has taken a close look at the numbers. Regardless, the Prime Minister had little choice but to try and make a success of the project, and that is especially the case now that the much-loved public face of GERD has died in such shocking circumstances.