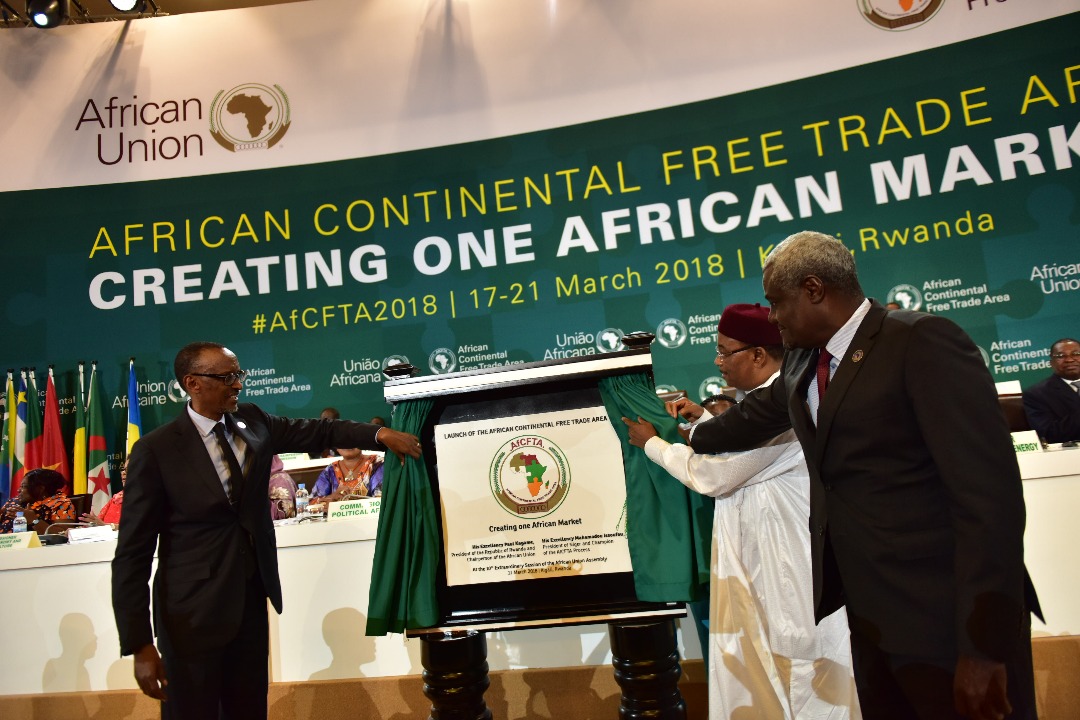 If you follow international trade, you may be feeling both excited and anxious. Excited because Africa has recently launched the globe’s largest free trade area, and anxious because major economies have entered a trade war, imposing tariffs on each other and bringing disputes to the World Trade Organization (WTO), a body that President Trump reportedly wants to dismantle.

Within Africa, there have also been seismic changes in one of its most stubbornly protectionist countries, Ethiopia. Under new leadership, its ruling party has become almost unrecognizable, with cascading reforms announced almost every day, and trade among one of the first issues tackled. One conclusion is that Ethiopia seems to be aggressively embracing free trade in the Horn of Africa as a tool to stabilize a region that has long been known for instability.

This idea is not new. In the aftermath of the Second World War, in 1950 French Foreign Minister Robert Schuman presented a plan for joint management Germany and France’s coal and steel industries to reduce the chances of conflict. That was expanded to Italy, the Netherlands, Belgium and Luxembourg and in 1957 they created the European Economic Community, which led to the EU.

But while Ethiopia embracing economic cooperation among neighbors to build peace is indeed commendable, the Government needs to move into this liberalizing space cautiously to protect its long-term economic health.

Regionally and globally, Ethiopia already has to comply with an existing set commitments and, given the speed of announcements, it is difficult to say if the regional plans are in line with them. There may well be competing obligations, and it is not apparent that Ethiopia has the institutional capacity to manage membership of the Intergovernmental Authority on Development (IGAD), the Common Market for Eastern and Southern Africa, the African Continental Free Trade Area (AfCFTA) and, potentially, the WTO. These are issues that need to be considered by Prime Minister Abiy Ahmed’s administration.

Soon after he was sworn-in, the Prime Minister signed agreements with Djibouti, semi-autonomous Somaliland, and Sudan to guarantee port access for landlocked Ethiopia; launched a visa-on arrival program for tourists; and spoke of a visa-free policy for Africans.

The Government needs to move into this liberalizing space cautiously to protect its long-term economic health.

During his speech at the UN Economic Commission for Africa’s 60th anniversary in May, he emphasized that “trade should not be an end in itself but rather a means to advance the wellbeing of Africans” as he pledged to ratify the AfCFTA. More recently, Abiy talked about a free trade zone with Somalia and access to its ports. Sadly, in recent years, the most-eye catching movement across the border has been Ethiopian soldiers taking the fight to Al Shabaab.

Abiy also announced that Ethiopia will fully accept the Algiers Agreement, which could end a 20-year stalemate with neighboring Eritrea. During his speech, he emphasized that the time had come for both nations to work together and harness the economic benefits available to them, which would mean Ethiopia gaining access to its former seaports.

In June, Eritrea sent a high level delegation to discuss the way forward, concluding with a visit to Hawassa Industrial Park; again emphasizing Ethiopia’s vision for trade and cooperation. Yesterday, the two leaders had a historic meeting in Asmara, telecommunications were unblocked, and diplomatic relations, flights, and Ethiopian port access are expected to restart soon.

In a parliamentary address on June 18, the PM outlined that Ethio Telecom, Ethiopian Airlines and other major public enterprises would be privatized, with the government retaining a majority shareholding. The PM cited debt and innovation as being the primary reasons behind these announcements. The Government has already started discussions with the “big four” consultancy firms on Ethio Telecom’s valuation.

While the announcement caught people off guard, it’s important to remember that Ethiopia applied to join the WTO back in 2003 and that these reforms were part of the policy changes being prepared. In 2013, Ethiopia said it planned to join the WTO by 2015. Five years later, the Government may finally be trying to expedite the process. On July 5, Attorney General’s office indicated it is planning to revise the country’s half century old trade law after consultations to help Ethiopia join WTO.

Joining the WTO for Ethiopia, a Least Developed Country (LDC), is likely to have an impact on its financial and telecommunication sectors, as acceding LDCs are expected to offer “reasonable market access concessions and commitments on goods and services commensurate with their individual development, financial and trade needs”. Accession guidelines for LDCs provide for transitional periods and assistance, but the recent privatization moves suggest the Government may be trying to fast track the process.

Arguably, the complex process of WTO accession demands multi-sectoral analytical preparation to inform policy reforms. Ethiopia may require more time to staff its Trade Ministry with strong negotiators. Furthermore, membership does not always provide benefits and opportunities, and could pose significant challenges. These could include the effects of opening up the economy to international competition, potentially crippling the infant light manufacturing industry and weak financial services sector.

Overall, PM Dr. Abiy Ahmed reform agenda seems to suggest a shift from Meles’ big-state protectionist policies, which included well-connected conglomerates such as the Metals and Engineering Corporation crowding out competitors. If anything, Dr. Abiy’s opening up of strategic state-owned enterprises seems to indicate his embrace for a more liberal approach, in line with his trading aspirations.

Mainstream market economics asserts that trade liberalization is unambiguously advantageous for poor countries since they have abundant labor. The assumption is that trade will increase efficiency in production and therefore stimulate growth, as well as increase employment opportunities for an unskilled workforce.

As countries across the continent—with the notable exceptions of Nigeria—start ratifying the founding documents of the AfCTA, questions remain whether governments have the institutional capacity to implement it, and when the trade bloc will actually be fully operational, considering the varying national capabilities and economic policies. Similar questions linger about IGAD —what kind of impacts will Ethiopia’s recent moves have on the regional bloc? Are there plans to transform the regional cooperation vehicle into a Regional Economic Community to rival the East African Community (EAC)?

Further tough questions remain on how African states and Ethiopia will respond to the EU’s push for Economic Partnership Agreements (EPAs). While the members of the Southern Africa Development Community have agreed to implement a regional EPA, some members of EAC are sitting on the fence, while Nigeria, the strongest economy in the Economic Community of West African States has rejected it. As for Ethiopia, negotiations are ongoing. Previous governments said acceding to the reciprocal market access demanded by the EU was incompatible with the ruling front’s economic strategy.

For Ethiopia, the road ahead is likely to be difficult. Tough decisions will have to be quickly made to attract the foreign investment to increase employment in sectors that have benefited from significant government support. While the privatization announcements shocked Ethiopians across the political spectrum, it is clear that those decisions were largely made before Abiy’s appointment. But the timing of their announcement was helpful for the new administration: Abiy wants everyone to know that Ethiopia is no longer on the verge of collapsing in ethnic bloodshed, and instead it is open for multinational corporations to come and invest. But, the questions remain, are we ready to accommodate the influx, and are we strong enough yet to reap the rewards of competition? These are just some of the dangers that lie ahead for Ethiopia—Godspeed!

This article is published under a Creative Commons Attribution-NonCommercial 4.0 International licence. Please cite Ethiopia Insight prominently and link clearly to the original article if you republish. If you have any queries, please contact us. Please check individual images for licensing details.

Yetnayet Zewdie Demissie is a policy advisor with expertise in trade agreements, diplomacy, and international advocacy. She is a Partner at Zerihun Associates, a research and consultancy firm focused on advancing evidence-based African policy making that is based in the Washington DC area and has an Addis Ababa office.