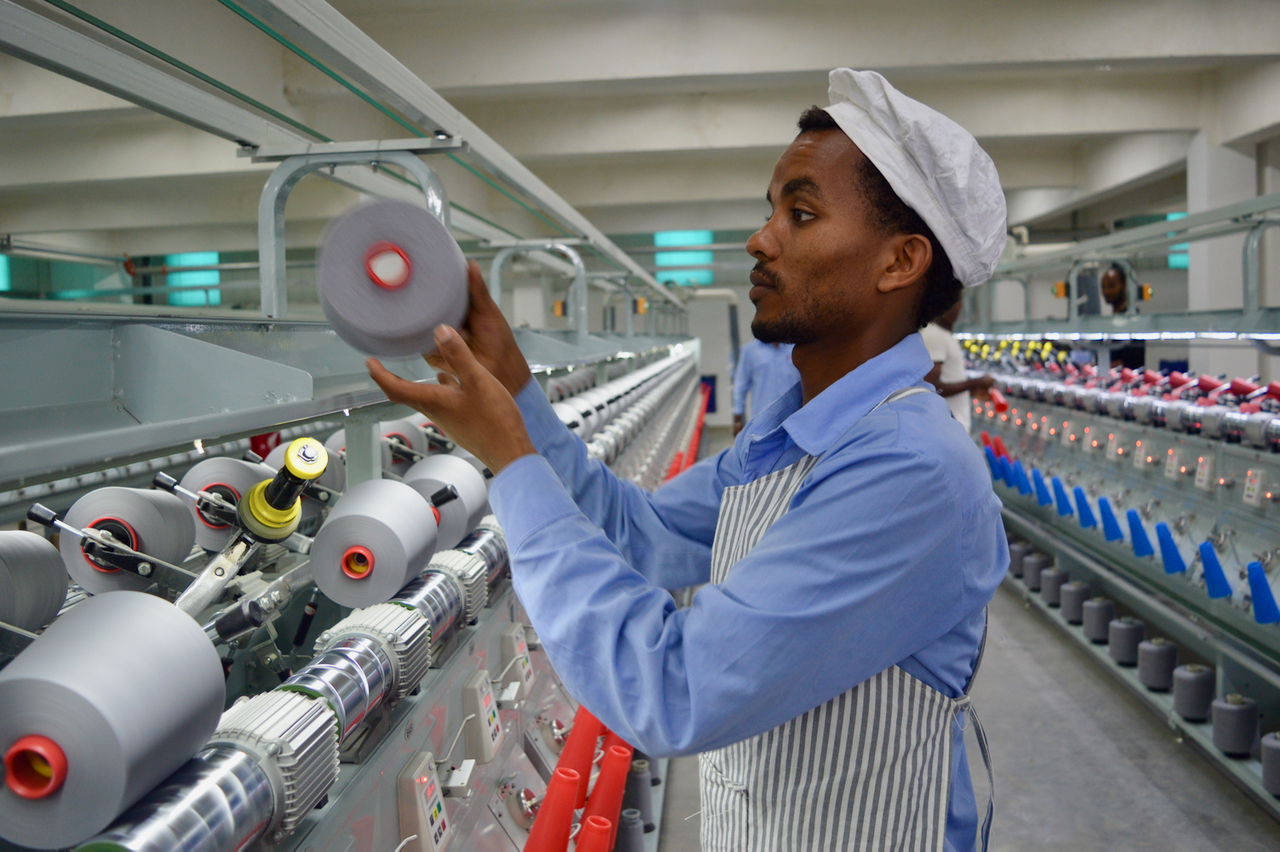 The Abiymania whirlwind sweeping across Ethiopia has so far been a phenomenon of mostly creative destruction.

Hopes are high for a more open political environment that will give Ethiopians a better chance of democratically working out their disagreements. And there is also an accompanying, less widely welcomed, push for a liberalized economic space.

Yet just as repressive legislation has to be reformed and electoral rules amended to make democratization a reality, the mechanics of the economic opening are still very much in question.

Much debate has so far focused on the plans to part-privatize hitherto protected public enterprises such as Ethiopian Airlines. But there also need to be a thorough examination of all the nuts and bolts of striking a new balance between interventionist and laissez faire approaches.

Integral to that debate is the role of Local Content Requirements (LCR). These controversial measures, favored by the likes of Brazil, enforce positive discrimination by establishing quotas for a proportion of inputs that investors have to source from the national economy. As such, they run up against the World Trade Organization principle that domestic rules should not advantage local firms.

Surprisingly, despite its protectionist development approach and status outside the WTO, Ethiopia has not made use of LCRs. The question is, as it starts to open up more to the global economy, can it start to use them to extract more sustainable benefits from foreign investment.

The background for this policy question is a still weak but fast growing economy that has made encouraging but over-hyped steps towards industrialization in the last decade. The government is now dealing with the consequences of erratically implemented policies that weigh on its ambition to achieve middle-income country status by 2025.

In a recent African Development Bank paper, influential Ethiopian policy maker Arkebe Oqubay discussed weaknesses in Ethiopia’s economic structure and argues that industrial policy must focus on manufacturing and exports to achieve structural transformation. But he admits “manufacturing continues to play a marginal role in employment creation, output, exports, and in building technological capability, and it is still far from being an engine for growth and economic transformation”.

The Ministry of Trade recently announced Ethiopia earned only half of its targeted $5 billion from exports during the last fiscal year, including another year of industrial sector disappointment. This is despite the fact Ethiopia has placed a strong bet on light manufacturing with the establishment of 15 industrial parks in a program led by Arkebe. Textiles, garments, pharmaceuticals, and other products are manufactured in these well-serviced zones—but all without a strong LCR policy.

LCRs have been around for decades but multiplied after the 2008 crisis as countries reverted to protectionism. A recent study claims that in the wake of the recession more than 100 local content requirements were adopted by nations including Australia, Canada (Ontario’s Feed-In Tariff program), the United States (Buy America Act), China and India.

Such schemes, which have dubious legality under international trade law, are often designed by policymakers pursuing industrial development, yet in Ethiopia local content in terms of hiring, products and services is encouraged, but not required.

Free traders, of course, argue LRCs depress trade, disadvantage imports, and stifle healthy competition between domestic and foreign manufacturers. But this argument does not hold water for developing agrarian countries like Ethiopia that are trying to build their manufacturing sector and boost productivity. It’s only fair to request a fully level-playing field when the teams have the same number of players.

In a bid to escape the poverty trap, Ethiopia has been positioning itself to become an African manufacturing hub. But the new trap to avoid is becoming an assembling center for China and Turkey with minimal value-addition, supply chain development, and technology transfer. This has been a problem so far, as Arkebe acknowledges.

In many instance, the major Ethiopian inputs have been only land, labour, water, and power. Despite abundant suitable land, cotton has to be imported by textile producers, for example. High quality Ethiopian hide is not available at a sufficient quantity for significant leather production. To the chagrin of Ethiopian contractors, foreign firms were hired by Arkebe to build industrial parks as the emphasis was on efficiency. The most promising industrial development organization, the Metals and Engineering Corporation, is mired in allegations of waste and corruption shrouded by ethnic politics.

The major Ethiopian inputs have been only land, labour, water, and power

In Africa, most LCRs are in extractives. Ethiopia is different because the issue is more focused on manufacturing. While looking into ways to enhance its industrial policy, Ethiopia should look into LCRs. The country has the ideal opportunity to learn and adapt from policies used by other countries further up the global value chain.

Even as it pushes to join the WTO and open up closed sectors to private capital and foreign investment, Ethiopia should strive to strengthen local supply of the industrial park operations. This can be done with smart LCR polices that build on existing units at the Investment Commission trying to improve local contributions to supply chains. Its market size should give it the leverage it needs to justify sensible policies to its potential WTO partners.

If done correctly, they will boost investments in sectors that will feed the industrial parks and create more much-needed jobs in the process. As Abiymania inevitably subsides, these sorts of smart policy tools for Ethiopia’s hybrid economy need to rise to the fore.

Published under Creative Commons Attribution-NonCommercial 4.0 International licence. Cite Ethiopia Insight and link to this page if you republish.

Yetnayet Zewdie Demissie is a policy advisor with expertise in trade agreements, diplomacy, and international advocacy. She is a Partner at Zerihun Associates, a research and consultancy firm focused on advancing evidence-based African policy making that is based in the Washington DC area and has an Addis Ababa office.