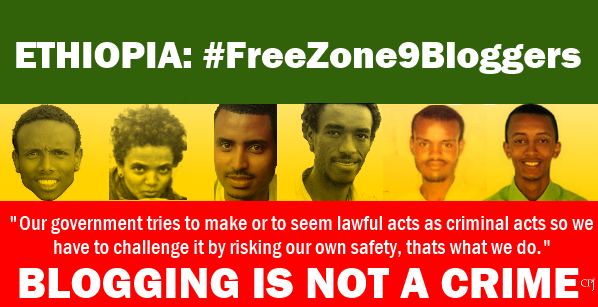 After the dramatic pronouncements of Prime Minister Abiy Ahmed, the nuts and bolts of Ethiopia’s promised liberal democratic revolution are gradually being pieced together, in a series of unglamorous committee meetings and workshops.

The Legal and Justice Affairs Advisory Council, a group of 13 lawyers and academics, has set to work on the Charities and Societies Proclamation (CSP) and Anti-Terrorism Proclamation (ATP), and hope that revised versions will be finalized by November.

“Given the public demand for an urgent action on these issues, I expect that all actors in the process will try to expedite the process and hopefully by mid or end of October we will be done with these two proclamations, or at least very near to the finish line,” said Gedion Timothewos Hessebon, a constitutional law expert from Addis Ababa University (AAU), who heads the Council’s secretariat.

Already, Abiy’s government has removed three groups from a list of terrorist organizations after they pledged to participate in the democratic process, and has passed an amnesty law. The Council’s job is to suggest reforms to the legal environment to encourage and safeguard this revitalized democratic process.

Gedion said the group, which is chaired by AAU law professor Tilahun Teshome, is also in charge of proposing reforms to “democratic institutions”, which will include a focus on the National Electoral Board of Ethiopia (NEBE), as well as reforming the judiciary and the criminal justice system.

The Council has formed working groups, which includes pro-democracy activists, to generate recommendations that are discussed at public consultations. Its proposals will form advice to the Attorney General’s Office, which will present legislation for the Council of Ministers and House of People’s Representatives (HoPR) to deliberate on.

This process is the first step in preparing the ground for free and fair elections that Prime Minister Abiy Ahmed has pledged will occur as scheduled in 2020.

About NEBE, he recently said: “There should be an election board which EPRDF and the opposition believe in, because our goal is to ensure democratic elections.” Opposition leaders have long-complained that the board is biased towards the ruling party, which controls all 547 seats in the HoPR. According to the Constitution, parliamentarians appoint the Board after recommendations by the Prime Minister.

The Attorney General’s Office established the Council in June. A Council working group has already drafted a revised CSP, which omits some controversial provisions, such as the stipulation that to be classified as an “Ethiopian” organization less than 10 percent of funding must come from abroad:

International human rights groups opposed the measure, as did large charities working in Ethiopia that complained that even apolitical activities, such as children-focused development projects, were affected. They also objected to the rule that no more than 30 percent of spending could be on “administrative activities,” which led to lengthy discussions with the Charities and Societies Agency about classifying budget items:

Ethiopia’s CSP was part of a wave of similar legislation passed over the last 15 years by semi-authoritarian governments, such as Russia and Egypt, which restricted foreign influence on domestic politics. Prime Minister Meles Zenawi’s justification was that Ethiopian democratization must be endogenous, but there always appeared to be a more political element to the move.

For example, the Government jailed campaigners en masse in the aftermath of the disputed 2005 elections. Upon release, two of them, Daniel Bekele and Netsanet Belay, attained senior positions with Human Rights Watch (HRW) and Amnesty International, which Meles’s administration essentially considered enemies of the state.

“Since it was enacted in 2009, Ethiopia’s NGO law has been about repression, not regulation. It has made Ethiopia among the most inhospitable places in the world for human rights research and advocacy. Hopefully any legislative reforms process will lead to laws that ensure an enabling environment for civil society groups, protect free association rights and, codify any administrative requirements fairly and proportionately to the legitimate work of civil society,” said Maria Burnett, an Associate Director of the Africa Division at HRW.

The highly reputed Forum for Social Studies, which is based in Addis Ababa, has conducted research on sensitive issues such as the leasing of large plots for agricultural investors. The forum’s Dessalegn Rahmato is disappointed at the extent of consultation with civil society so far, but nonetheless satisfied with the proposed revised law. “The new draft is radically different from the existing one, and has removed all the prohibitive provisions so that CSOs can engage in any lawful activity,” he said.

Even more controversial than the CSP has been the ATP, which includes catchall elements such as Article 6 Encouragement of Terrorism:

While the Government claimed such provisions were based on international best practice, similar laws, such as the UK Terrorism Act 2006, added a host of qualifying clauses that meant prosecutors had to prove the intent or recklessness of the act: The ATP’s Article 6 has just the single paragraph.

One group that fell foul of the ATP was Zone 9, a blogging collective who primarily opposed e Government on constitutional grounds. They were accused of links to banned party Ginbot 7, which has now been legalized and whose leader Berhanu Nega returned at the weekend.

Released Zone 9er, Befeqadu Hailu welcomes the aspirations, but is against the presence of corporate lawyers on the council, although they are joined by the likes of Kumlachew Dagne, who has worked as a defense advocate in ATP cases.

But of most concern to Befeqadu is the lingering effect of the past methods and existing legal apparatus.

“The standards have been set by the repressive regime and its propaganda, which creates an environment where there is a lack of free thinking guiding the reforms. For example, the 90/10 funding ratio for civil society organizations is considered a benchmark despite it being a tool of the former regime. Consequently, people have been discussing how this repressive ratio should be modified, instead of promoting free thinking approaches such as eradicating it altogether,” he said.

Ethiopia Insight’s inquiries also suggested the shadow of a repressive environment was hovering over this democratic opening, as information was somewhat hard to come by, including on the planned changes to the ATP. Taye Dendea, the Attorney General’s Office spokesperson, who was jailed this year during the State of Emergency, said there might be news on the reform process this month.

A social media activist said they were unable to comment as they were on a Council working group, Kumlachew did not make a substantive response to questions, and a media executive said his only information was that the Council had held a discussion in Bishoftu.