Leenco Lata: ‘Ethiopia’s challenges are massive. Alternative to compromise is a total breakdown of order’ 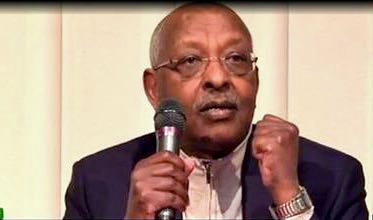 Before the recent violence in and around Addis Ababa, William Davison spoke by phone on Sep. 13 with Leenco Lata, the leader of the Oromo Democratic Front and co-founder of the Oromo Liberation Front. Leenco returned to Ethiopia with other party leaders in May. This is a transcript of the short interview.

How have you found the transition so far and what are your hopes and expectations for the political transition in the coming years leading up to what we hope will be free and fair elections in 2020?

The first thing that needs to be stated is that what is going on in Ethiopia is unprecedented. The reform idea ultimately is to rock the ruling party without really splitting it. There are forces standing for reform within EPRDF and there are also forces opposing it. Thus far what is promising is that both sides have shown patience and have not gone on the offensive. They are, I suppose, uncomfortably living with each other within the EPRDF.

This is setting a very good precedent for the country to also similarly experience the possibility of living with people that we disagree with. The way I see it this is the most promising opportunity to install a democratic order in Ethiopia and we should all work together to make it a success.

Isn’t it case that some of the parties you need to live together and work together are so far apart ideologically that it is very hard to imagine them coming to a working arrangement?

So, yes, if you look at the gulf separating various positions, things look very pessimistic. On the other hand, Ethiopia’s challenges are massive, and if the political actors really feel responsible they have no choice but to negotiate a compromise, or else the alternative is a total breakdown of order, which we should avoid at all costs. The gesture of Oromo resistance at the 2016 Irreecha festival in Bishoftu, William Davison

Can we have a true democratic order in Ethiopia while the ERPDF is still running the government?

You see, which EPRDF? The EPRDF that has implemented some reform measures I think is fundamentally different to the EPRDF that existed last year, for example.

So, the EPRDF that is now interacting with us is considerably different to the EPRDF that ran the country for the last 27 years. What we need to do is strengthen by whatever means we can the reform wing of the EPRDF.

Are you worried about the country’s stability if the EPRDF fractures as a coalition?

I’m worried about a number of things. Some of the things that worry me are not discussed by many political actors. For example, the population growth rate, unless put under control very soon, will be out of the control of anybody, and no government, no matter how generous or responsible, will be able to deal with simply the lack of jobs, or lack of opportunity that is growing at breakneck speed. So I am worried.

I am also worried about irresponsible nature of some of the opposition parties that are behaving as if this is just like business as usual. We are in a unique and very dangerous, very sensitive situation, we have to move with sensitivity. We have to handle issues and rally in a sensitive and responsible way.

What are the Oromo Democratic Front’s plans, and what are your plans?

We will be convening a Central Committee meeting very soon to decide on the fate of the Oromo Democratic Front. In the meanwhile, we have started the processes of exploring how to register as a political party. At the same time we are talking to other Oromo organization to see if it’s possible to reduce the multiplicity of Oromo political groups.