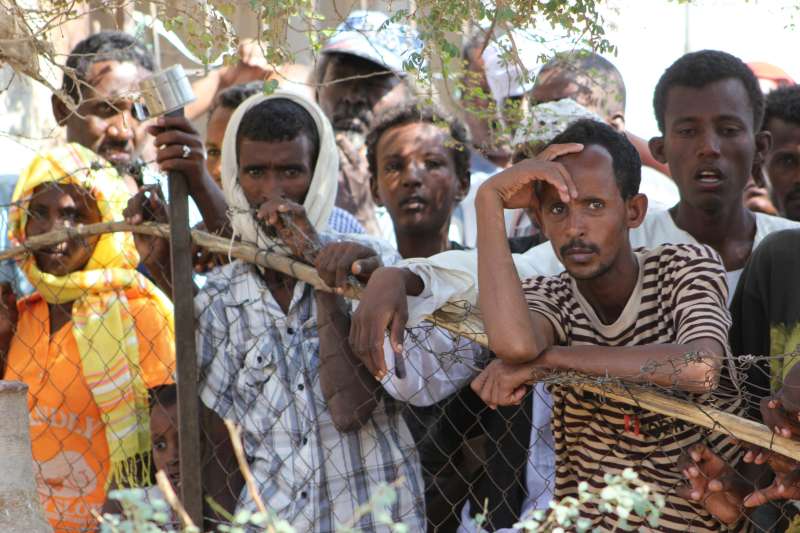 In 1989, a flow of refugees led to the Berlin Wall falling. Eritrea’s government must reform as its citizens flee across the open Ethiopian border

The ongoing rapprochement between Ethiopia and Eritrea was long overdue.

The no war-no peace impasse was broken by the bold initiative of Prime Minster Abiy Ahmed of Ethiopia. After a two-week wait, Eritrean President Isaias Afewerki reciprocated, to the delight of both peoples. The border is now open, and Ethiopian goods will once again pass through Massawa and Asseb ports. The future looks bright.

Since the frontier opened, there has been a steady flow of traffic in both directions as families and friends reunite. Trade is mushrooming. But in the last few days, the number of Eritreans crossing the border has risen dramatically.

If the steady influx of thousands of Eritreans continues, this needs the intervention of UNHCR and IOM. It will be beyond the capacity of the Ethiopian government, which itself has at least 1.4 million IDPs due to internal conflict.

The problem, however, is far more acute for Eritrea.

Citizens vote with their feet when they have no economic opportunities and don’t obtain basic rights like the rule of law, constitutional government, and civil freedoms. That is why Eritreans have been risking their lives to get out.

The consequences of an intensified exodus will be damaging for Eritrea

Human beings, be they rich or poor, tend to move in the direction of where there is more freedom. So, unless Eritrea opens up, the people will head for the open exit to claim asylum, or stay in Ethiopia and live with family or friends.

The Eritrean government might reduce the number of crossings or close the border entirely. Yet this would result in renewed self-imposed isolation. Moreover, a ‘shoot-to-kill’ border policy did not stop huge numbers from fleeing over the last two decades. Now, it is legal, and so of course the numbers have surged.

The consequences of an intensified exodus will be damaging for Eritrea’s economy and society, which has already lost much of the most productive segment of its population. So, what can the Eritrean government do? The answer may be found in rapidly enacting reforms so as to avoid the Prague Effect.

It was fall 1989 and the place was Prague, the beautiful capital city of then Czechoslovakia. East Germans could visit Eastern bloc countries and no special permit was required to go to Czechoslovakia. At first, a dozen, and then hundreds of East Germans began to enter the West Germany Embassy’s premises. They refused to leave and instead asked for refugee status. The problem was aggravated when thousands of East German football fans attending a game in Prague also decided to not to come back and headed to the West German embassy. Soon, tents were pitched on every inch of its grounds.

In a domino effect, more East Germans continued to vote with their feet, and crossed the border to Czechoslovakia in even greater numbers and the East German government, despite using heavy-handed tactics was no longer able to stop this. It was also a crisis for Chancellor Helmut Kohl who was caught off guard. Eventually, his government decided to allow them to enter West Germany.

Draconian tactics lose their effect through time —something for Eritrea’s government to consider—and the East German authorities could not stop the people from leaving. A few weeks’ later, the Berlin Wall came down, and the regime collapsed.

Governments that act at the right moment save their country, and those who avoid reforms propel their people towards unnecessary suffering. To avoid the Prague Effect, the Eritrean government needs to undertake long-awaited reforms by granting citizens basic rights and opening the political space.

Beshah was Ethiopia's Deputy Ambassador in Washington DC and Deputy Permanent Delegate at UNESCO. He has held various academic positions, and is now adjunct professor at Ohio University Scripps School of Journalism.