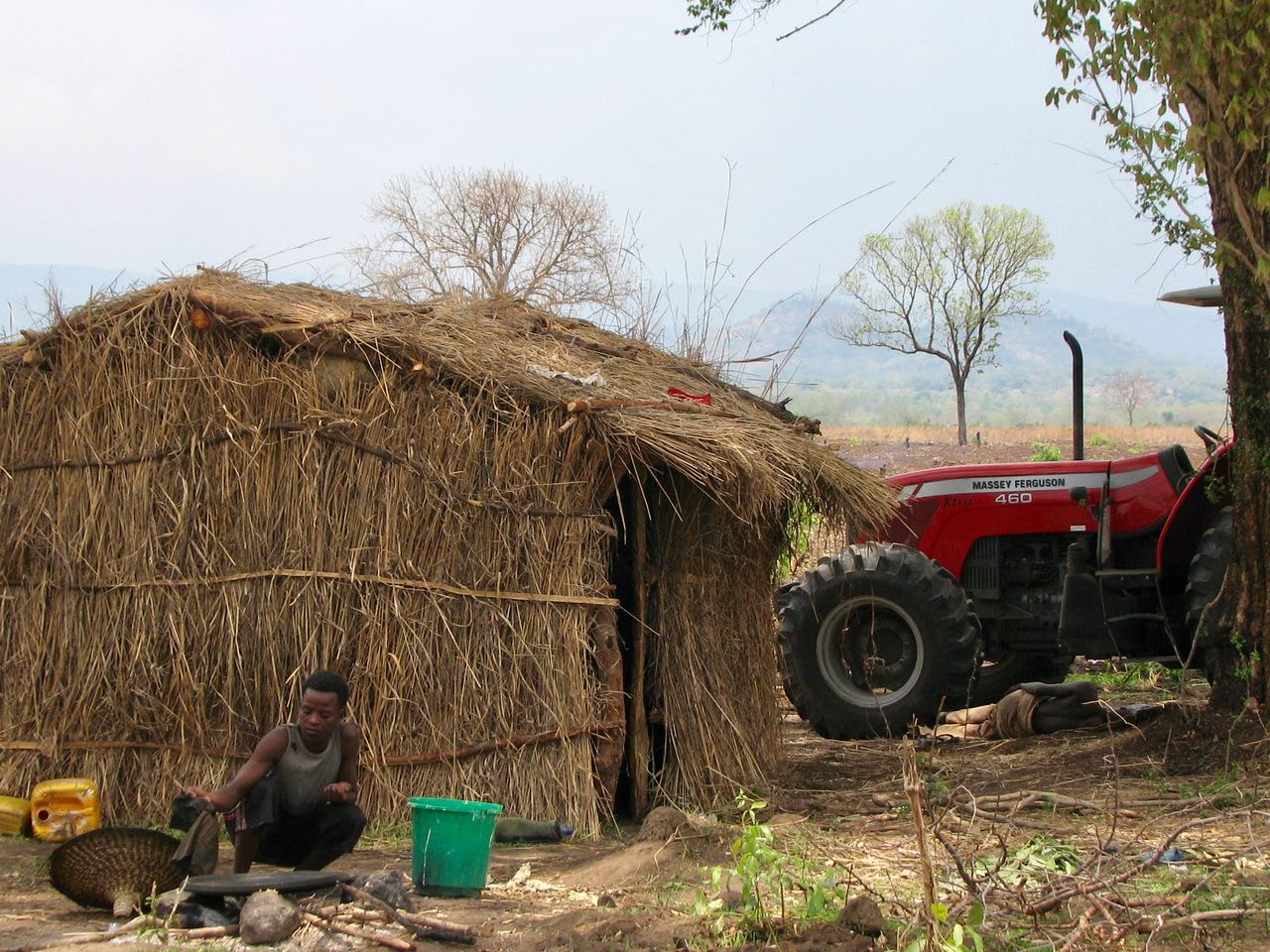 Amidst all the political shenanigans in Ethiopia, the technocrats have also been at play.

Last month, a Macroeconomic Committee chaired by Prime Minister Abiy Ahmed made a series of policy adjustments, including to a key component of the Developmental State.

Most of them were tweaks aimed at increasing foreign currency availability, which will do nothing to address the underlying trade deficit contributing to the crunch.

But the committee also increased from three percent to five percent the interest rate on the central bank bills that private lenders are compelled to purchase each time they make a loan.

The rate paid by the National Bank of Ethiopia (NBE) was adjusted to match October’s savings interest rate increase to seven percent from five percent, which in turn had been enacted to guard against inflation following a devaluation.

I had been expecting—or perhaps just hoping—for overarching reforms to the financial sector, but unfortunately, although the measures are welcome, this wasn’t it.

The 2011 directive is probably the most heavily criticized banking regulation

Instead of modifications, there are several economic policy areas that need a fundamental rethink, particularly this directive compelling private banks to purchase NBE bills worth 27 percent of each loans they make. If Abiy’s economic adviser Girma Birru and his team are not willing to scrap it, then they should drastically downsize it.

The 2011 directive is probably the most heavily criticized banking regulation because it offers returns below the rate of inflation and saps banks’ liquidity, so depriving the private sector of funds. The authorities counter that the banks reliably make a handsome profit anyway. The positive rationale for the directive was that private banks were reluctant to provide long-term industrial and agricultural loans, which are crucial for economic transformation. The Developmental State model suggests the government should intervene to correct such perceived market failures.

By borrowing funds at low interest rates from commercial lenders and channelling them to the state-owned Development Bank of Ethiopia (DBE) the need for long-term cheap lending could be satisfied, it was argued.

But the problem with these twin rationales is that they are unsupported by the evidence.

Instead, private banks have suffered more than the authorities let on, with a consequent uncalculated impact on the economy, and DBE has largely failed in its efforts to make critical long-term investments.

Have private banks been performing well?

Let’s look at the government’s claim about private banks first.

First, there is no doubt that private banks’ profits are increasing annually (see Fig 1). But, reducing the argument to profitability is misleading, as profit is only one measure of performance. When we employ another key measure of performance, earnings per share (EPS), we get a strikingly different picture (Fig. 2). And EPS is the key indicator for the banks’ investors, as it determines their returns. While profit after taxes grew by 180 percent between 2011 and 2017, the average EPS of the industry plummeted by a third to 31 percent. (If inflation is factored in, the return would be far smaller.)

The primary reason for this is a large increase in capital available to banks as new shares were issued. So, profits increased, but there was a larger pool of shareholders to divide them among. The extra investment did not translate into a proportional increase in profits.

Furthermore, part of the reason for that is the effect of the 2011 directive.

Private banks fund their operations chiefly through expensive savings and time deposits. They account for 60 percent of deposits (most of the rest are from current accounts) and pay relatively high interest rates: a minimum of seven percent on savings and more than 10 percent on some time deposits, which cannot be withdrawn until a set date.

However, they earned only five percent on the NBE bills, before the recent increase. By 30 June 2017, the NBE bills were equivalent to 27 percent of banks’ deposits and 21.3 percent of their assets (Fig.3). So, a sizable chunk of the banks’ capital was earning less interest than they were paying on their largest class of deposits. As a result, the ratio of their liquid assets as a proportion of deposits plummeted from 58 percent to 23 percent between 2011 and 2017 (Fig. 4) This means there were considerably fewer funds available to lend out, and thus a sizable opportunity cost to the economy.

Lower liquid resources coupled with high rates on deposits meant increased interest rates on commercial loans. Private banks charge between 15 percent and 20 percent on loans for trade and services. This shows that the private sector is not only deprived of funds, but also that those scarce funds are expensive

Hmm, OK. But still, hasn’t the DBE used the funds for vital projects?

If it could be shown that the private sector’s loss was the public’s gain, in the form of vital infrastructure and industrial projects that will boost productivity and growth in the long run, then this could all possibly be excused.

But this is a hard case to make, as most of the funds haven’t even been put to use (see Fig.3).

By June 30 last year, NBE had raised 56 billion birr from the directive. But out of that total, only 27 billion birr has even been sent to DBE. The balance was either lent to state behemoth, the Commercial Bank of Ethiopia (CBE), or held with the central bank.

In the first two years after the directive, a huge amount of money was transferred to DBE. But as the money was beyond its needs, liquidity built up. This led it to invest 13 billion birr of surplus funds in Treasury Bills that returned around 1 percent per annum.

In the first two years after the directive, a huge amount of money was transferred to DBE

Recognizing the limited lending capacity of DBE, the central bank slashed the amount it was providing it. It had channelled an annual average of 2.7 billion birr between 2013 and 2017 while collecting 9.2 billion a year from private banks.

Due to either DBE’s inadequacies (Last week it was reported that 40 percent of its loans were not being repaid. Prior to that, it has been in the news for making dodgy loans to commercial farmers in Gambella, forcing its executives to resign) or insufficient demand for agricultural and industrial loans, its net disbursements (2.2 billion birr on average from 2013 to 2017) were far smaller than the funds collected from private banks by NBE under the directive.

So, the lending level of DBE was far lower than the money it received; the ratio of its non-performing loans soared to a record 40 percent, despite the theoretical upper limit being 15 percent; and it used some funds inefficiently, such as investing in low yielding treasury bills.

The rate increase to five percent will cost the NBE over a billion birr a year. That cost will be passed onto DBE, which could drive DBE into losses unless it adjusts the rate it charges on its loans. But that has been kept low deliberately to incentivize investment in strategic sectors.

So, should NBE delete or downsize the 27 percent rule?

The claim that state intervention is crucial to rectify the distortion in funding allocation across economic sectors has been tested over the past seven years. The results of forcing banks to buy NBE bills at cheap rates so funds could be channelled to the DBE are disappointing.

The above data proves that less than one third of the money received from private banks by the NBE was employed for industrial and agricultural loans by DBE. In time, the NBE will have to redeem a huge proportion of the outstanding bills at its own expense.

If the Government insists on sticking with this failing levy on private lenders, there is ample scope to reduce the 27 percent figure: if the net annual lending of DBE is put at around three-four billion birr, the rate can be slashed to five-10 percent. DBE will have resources better suited to its lending capacity, and increase funding will be available to the private sector at a lower cost.

Query, or correction? Email us

Abdulmenan has more than 18 years experience in audit, consulting and accounting in Ethiopia and the UK. He has been writing and commenting in the media on economics, finance and business for the past eight years.