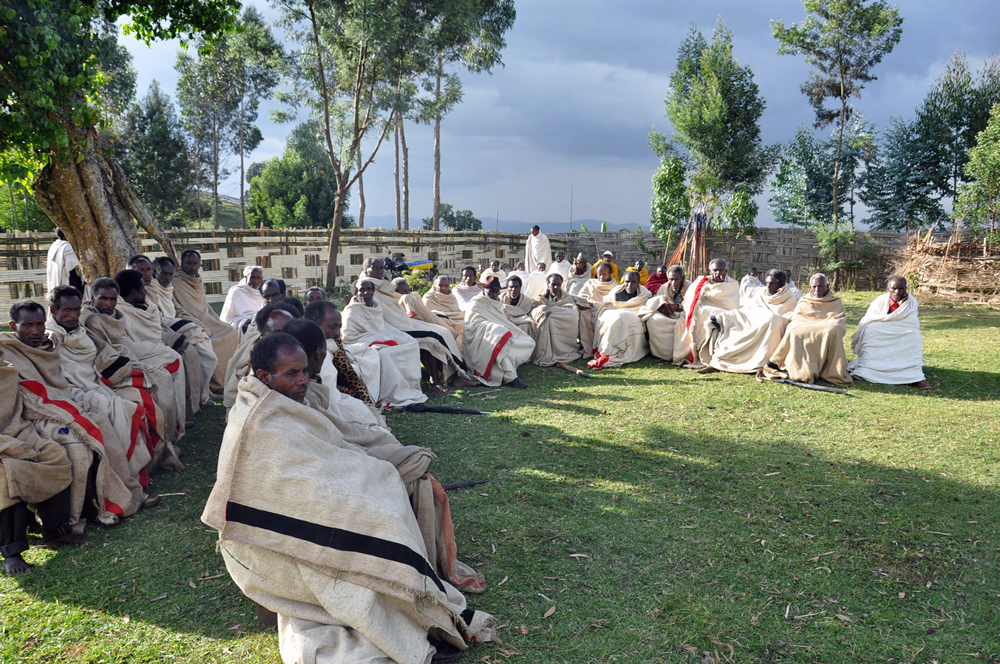 The Council of Southern Nations region yesterday accepted Sidama Zone’s request to become a state and restructured other administrative districts.

A referendum in the zone of perhaps four million people now needs to be organized before August. London-based activist Seyoum Hameso believes the course is set for the Sidama to form the tenth federal state.

“The demand for regional status is long-standing. It is the first time in over two decades the democratic and constitutional order is being implemented. The reformist government of Dr Abiy Ahmed is walking the talk to democratize Ethiopia and uphold the rule of law,” he said in an interview.

Ethiopia’s federal constitution provides for “unconditional” self-determination including secession for communities that share a “large measure” of language, culture or other traits and inhabit the same territory.

A request to pursue statehood was accepted by zonal authorities on July 18, although the campaign also reached that stage in 2006. The most recent initiative was shadowed by deadly violence in mid-June in Hawassa, the capital of Southern Nations state and Sidama Zone, which led to the displacement of Wolayta people.

Ethiopia Insight’s Political Commentator Alemayehu Weldemariam said party leaders had advised against such moves for years because it risked triggering increasing identity-based demands, with the ruling coalition typically deriding them as “narrow nationalism” and “rent seeking”.

“This decision is very surprising. The Wolayta are already demanding statehood. This will create more disputes about borders and budgets in the future,” he said. “Unless this is meant to show the absurdity of the federative arrangements by a kind of reductio ad absurdum and to slowly, but surely, dissolve the federation into the smallest possible ethnic-based political units, I am not sure what the purpose is.” (see full analysis below)

The Sidama campaign, which involved youth movement Ejjeetto, has been supported by some Oromo activists, including Jawar Mohammed. The newly created Sidama Media Network has programs broadcast on his Oromia Media Network.

Protests in Oromia orchestrated by the Qeerroo network and others catalyzed political liberalization in Ethiopia this year under Prime Minister Abiy Ahmed, who is also chair of Oromia’s ruling party.

SNNP’s Council restructured the region of around 20 million people and more than 45 recognized indigenous groups, adding three zones and 44 woredas. Konso was made a zone in a split from Segen Zone, which was itself a 2011 amalgamation of three special woredas. Presumably fearing a renewed outbreak of unrest, soldiers prevented people from celebrating and conducted arrests in Konso yesterday, according to a resident who works for an NGO. Alaba Zone was created from out of Kembata Tembaro Zone and Gamo-Gofa Zone has been split into two.

Ethiopia has nine federal regions and two self-governing cities, Addis Ababa and Dire Dawa. Each state has its own legislative chamber and revenue-raising powers. They range in size from Oromia’s population of around 40 million to Harari, which has less than 300,000 people.

Zonal authorities are generally responsible for planning services, while woredas primarily delivery them. Elections for woreda leaders and also for the councils of kebeles, the lowest administrative tier, were postponed this year due to instability. Ethiopia’s four-party region-based ruling coalition and affiliated parties virtually monopolize the federation’s millions of elected seats.

According to a 2007 census, the population of Sidama Zone, which has an area of 10,000 square kilometers, was three million people who were 93 percent Sidama. The district is bordered by Oromia region and SNNP’s Gedeo Zone on the south, Wolayta Zone to the west, and on the north and east by Oromia. There has been serious violence and displacement this year after fighting between Oromo of West Guji Zone and the Gedeo.

In addition to unrest in Hawassa and Gedeo, 16 people were killed in three locations in Southern Nations in July and August, according to the Ethiopian Human Rights Council (HRCO). August violence in Tepi that killed five people stems from the Sheko people’s desire for autonomy, HRCO said.

Hawassa is under stress from rapid demographic and economic growth, which has included being the location of a flagship industrial park. Sidama comprised 10 percent of Hawassa’s population in 1994 and almost half by 2007.

Muferiat Kamil has led SEPDM since. She is also head of the newly created federal Ministry of Peace, which oversees security agencies. SNNP’s president is Million Mathewos, a former Sidama Zone Chief Administrator.

“The reconfiguration of the original 14 political units of the Transitional Government of Ethiopia was based on a study by the Institute of Nationalities, which was established by the Derg in 1983.

The Ethiopian Peoples’ Revolutionary Democratic Front (EPRDF) set up a Boundary Commission to draw up an ‘ethnic map’ delineating the borders of the new political units. On the basis of this new map, Proclamation 7/1992 establishing the new ‘National Self-Governments’ followed in January 1992, which reduced the original 14 units to nine plus Addis Ababa, whilst regions 7-11 (roughly Gurage/Kambatta/Hadiya, Sidama/Gedeo, Welaiyta/Simien Omo, Debub Omo/Konso, Kaffa/Sheka/Bench) were amalgamated to form the Southern Nations, Nationalities and Peoples’ Regional State (SNNP) in 1992.

The Federal Democratic Republic of Ethiopia (FDRE), which came into effect in 1995, formalized the division of the country into nine regional states ‘delimited on the basis of settlement patterns, identity, language and the consent of the people concerned’ (FDRE Constitution Art. 46 and Article 47).

It provides for the unconditional right to self-determination, including the right to secession for every nation, nationality, and people in Ethiopia defined as group of people who have or share a large measure of a common culture, mutual intelligibility of language, belief in a common or related identities, and who predominantly inhabit an identifiable contiguous territory. (Art. 39)

There has been a pattern by which ethnic groups in SNNP, given the incentive offered by ethnic federalism, were engaged in manufacturing demands for self-determination and autonomous administrative unit at zonal and woreda levels. The practice had for long been discouraged and derided by the ruling party as ‘rent-seeking’ and ‘narrow nationalism’, inasmuch as these demands were more often than not sponsored by rising local ethno-political elites, and reflected their burgeoning interest in securing control over an allocation of the federal budget subsidy exclusive to their own ethnic group.

Since what lies at the heart of such elites’ interest is the creation and exercise of a legal monopoly over the resources of the state, allocated on the basis of ethnicity, they embark on the path of persuasion by reformulating and re-presenting the group’s ethnic category, thereby enlisting enough of the group’s members to convince the government.

The decision to elevate the Sidama to statehood, endow Konso, Alaba, and Gofa with zonal administrations, and to create 44 more woredas is very surprising. The Wolayta are already demanding statehood. This will create more disputes about border and budget in the future. This decision strikes me as odd. It’s been discouraged, not unadvisedly, for so long.

Unless this is meant to show the absurdity of the federative arrangements by a kind of reductio ad absurdum and to slowly, but surely, dissolve the federation into the smallest possible ethnic-based political units, I am not sure what the purpose is. Additionally, it is clear that the country cannot afford to fund these emerging autonomous administrations.”