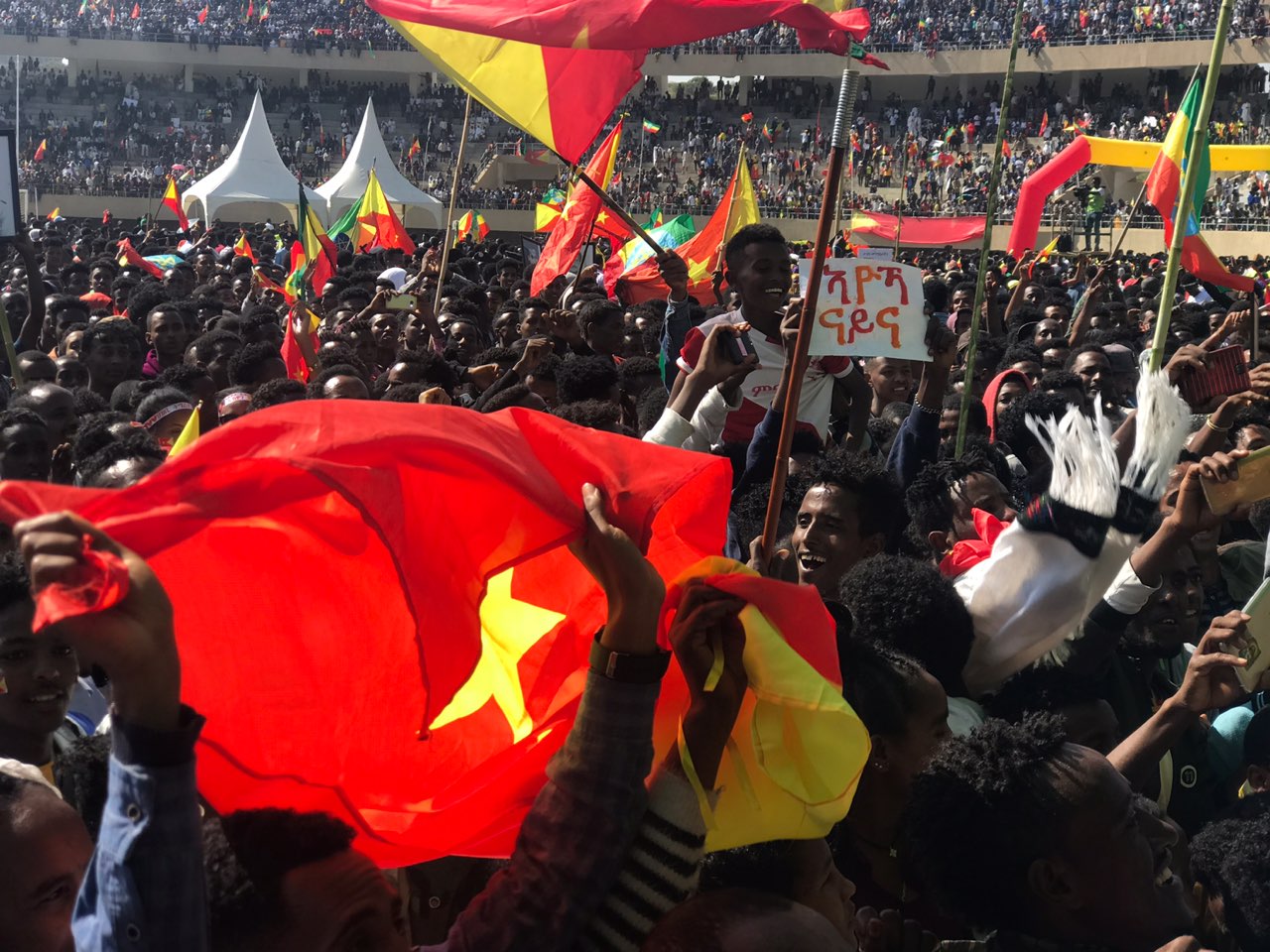 Presented with the classic choice between peace and justice, Prime Minister Abiy Ahmed’s government appears to have opted for neither

Since becoming Ethiopian Prime Minister last April, Abiy Ahmed has shaken up an ancient polity with trailblazing reforms. He has mended ties with arch-foe Eritrea, released political prisoners, and is in the process of revising draconian legislation.

These and the other positive aspects of his rule have been described many times, and indeed the importance of this mission to end centuries of authoritarian rule in Ethiopia can barely be overstated. However, here we want try and outline some looming dangers due to disruptive changes to the party-state system, which, coupled with selective prosecutions, whether the inconsistency is perceived or real, could push the country into the most troubled waters.

Last month, Abiy’s government launched a major crackdown against officials suspected of corruption and rights violations. The campaign targeted several high-profile individuals, including, it appears, the notoriously shadowy Getachew Assefa, who was the head of the National Intelligence and Security Service (NISS) until June, and is a leading member of the Tigrayan wing of the ruling Ethiopian Peoples’ Revolutionary Democratic Front (EPRDF) coalition.

While the suspicion of official crimes is strong, the overall handling of the process has been disappointing, and it is also dangerous.

The trade-off between peace and justice is one of the oldest dilemmas at times of transition. Those who are for political solutions are generally for peace, which is sometimes at the expense of victims’ demand for justice.

Others argue that the most essential element for a society’s wellbeing is justice, even at the cost of disrupting societal harmony. The choice hinges on whether to prosecute those accountable for crimes or accept apologies in the interests of peace and reconciliation.

In his acceptance speech, Abiy preached national reconciliation. He emphasized that Ethiopians should leave their baggage behind and embrace the uniting concept of ‘medemer’. Thousands were released from prison and their charges dropped as part of this process.

Abiy seems to have changed his mind

Many have advocated for some sort of transitional justice. This has often been prominent in post-conflict situations because it can strike a balance between peace and justice. It provides a path to address grievances through a process of reconciliation. For transitional justice to work there needs to be clarity over the harm committed, an opportunity to seek amnesty, and a transparent process involving victims. Of course, there would also be some prosecutions, with clear parameters and criteria to select them, as was the case in South Africa and Rwanda.

Nonetheless, as the going got tougher, Abiy seems to have changed his mind on forgiveness, and begun a crackdown. In a parliamentary address subsequent to the arrests, the premier said that his government is not arresting everyone that deserves it. However, what is now occurring neither resembles well-thought-out transitional justice, nor is it free from double standards, as many officials with at least indirect culpability seem to be immune from prosecution.

EPRDF officials, including the Tigrayan People’s Liberation Front (TPLF) leadership, have said that there was a general consensus among the ruling EPRDF coalition that criminals should be tried, but the situation raises two concerns on how that is being implemented.

First, it appears the prosecutions have become politicized. For the Ethiopian government to succeed in its campaign against anti-reform elements and other troublemakers, it needs to be able to apply legitimate state power from the moral high ground. But its authority is being contested by Tigray’s government.

Although Tigray handed over Major General Kinfe Dagnew it has so far refused to give up Getachew Assefa, alleging political persecution. Senior TPLF officials Debretsion Gebremichael and Getachew Reda expressed their support for bringing criminals to justice but highlighted that it should not be politically motivated and target only Tigrayans. Activists from Tigray said that they see the prosecution as politically charged and aimed at weakening the Tigrayan people. A protest in nine major towns in Tigray was followed by a huge rally this weekend in Mekele, where tens of thousands participated and supported the regional government’s stance.

Compounding the inconsistency is the second concern, which is that the new government’s moral standing diminished when it aired a propaganda-like documentary the same day that MetEC’s Kinfe was arrested. And now it has aired another focusing on the allegations against NISS.

One of the major criticisms of governments headed by Abiy’s predecessors were the infamous documentaries the government produced when it prosecuted people for politically-related crimes. Such broadcasts are neither investigative reporting nor court reporting. They are mostly produced by NISS in collaboration with prosecutors. The infamous ones were ‘akeldama’ and ‘jihadawi harakat’, where the government presented its case against suspects using state media.

The government used this to sway public opinion to try and reduce the cost of politicized prosecutions. All the former suspects have now been freed and hailed as victims of miscarriages of justice. Back then, there was strong criticism from human rights activists that the politically charged prosecutions and accompanying propaganda undermined the judiciary. It lost further public confidence and credibility as a protector of the public interest and guardian of the rule of law.

Unfortunately the relatively new Attorney General’s Office is now connected to the production of two similar documentaries that violate the right to the presumption of innocence. As before, the makers seek to influence public opinion.

This continued lack of a principled stand in the administration of justice is a disappointment. If it was an early litmus test on how the executive plans to respect due process and judicial independence going forward, it is a worrying precedent.

The government used this to sway public opinion

Global best practice shows the pursuit of justice should not be selective and it should establish individual responsibility and deny collective guilt. That is when justice will serve as an instrument for reconciliation. If reconciliation was part of the aim, it seems to have failed. To the contrary, the arrests have worsened divisions. Getachew Reda said in an interview that the ruling EPRDF had agreed to ensure that the process would be non-discriminatory, and stressed the culpability of others, including the former Prime Minister, for the crimes that Getachew Assefa is accused of.

Tensions between the federal government and Tigray have also increased. And it will be hard to enforce the federal government’s decision if an arrest warrant is issued without a political agreement, and doing so may escalate the confrontation, and worsen the already precarious position of the country. It is not yet confirmed that an arrest warrant has been issued for Getachew Assefa, but the vocal support from his fellow executive committee members indicates that TPLF might not be willing to hand him over.

Meanwhile Abiy’s Oromo Democratic Party (ODP) and the Attorney General seem to link all security incidents, including the most recent ones in Oromia and Benishangul-Gumuz, with those who are trying to evade justice. Debretsion responded to this accusation by suggesting that soon they will blame TPLF for problems in other countries too. It is yet to be seen whether those suspected of corruption and human rights violations connected to the ODP will be investigated.

The right mix of justice and transitional peace and reconciliation should be pursued. For that, there has to be a political deal on an agreed process. Otherwise, it will not be legitimate, or effective, and ultimately neither justice nor peace will be served.