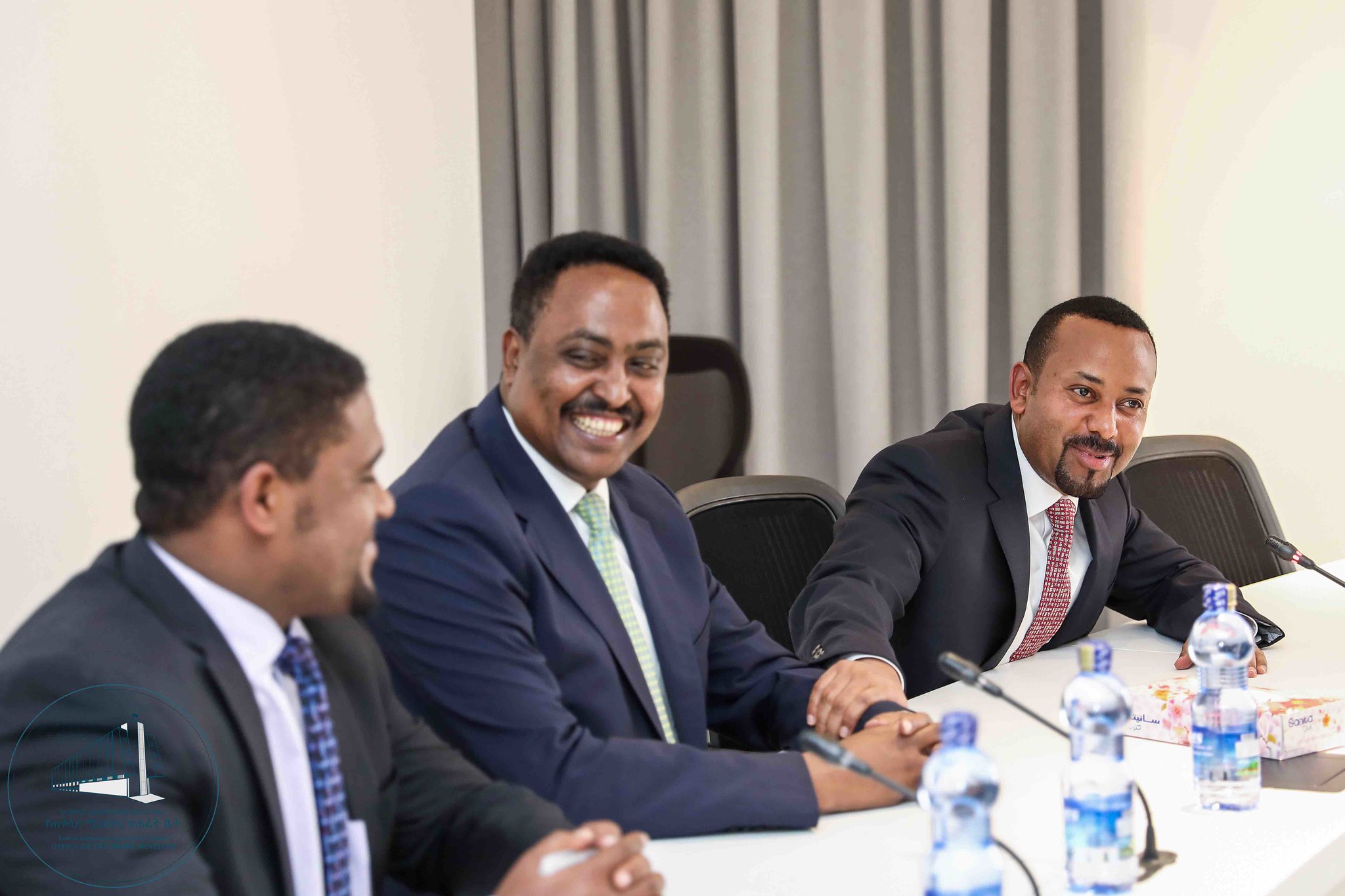 It is fair to say that Prime Minister Abiy Ahmed has been Ethiopia’s most popular leader of the last 50 years. But now, half-way through his second year in office, many Ethiopians are wondering if their early assessments might have been premature, given the ongoing surge in communal violence and the apparent inconsistency in the way his government treats people of different ethnicities.

Early on, Ethiopians at home and abroad were vocal in expressing support and providing encouragement. The prime minister’s Nobel Peace Prize highlighted his achievements, including his willingness to work across the aisles, both in domestic and foreign policy.

At the same time, however, worrisome developments have set off alarm bells. There are grumblings that the country under Abiy’s leadership seems to be drifting in dangerous directions.

It should be noted that the mantle Abiy inherited was laden with centuries of misrule. Legitimate grievances abound. But concerns are being raised by the discrepancy between the government’s passivity in the face of atrocities allegedly committed by members of favoured groups and the heavy-handed treatment meted out to others.

Abiy’s patience seems bottomless when it comes to his own Oromo Democratic Party (ODP) and Oromo opposition activists. Arguably, as Abiy’s tenure proceeds, the new Oromo political elites seem evermore emboldened in their new-found positions of power. A prime example is Abiy’s appointment of Takele Uma as Mayor of Addis Ababa, an Oromo nationalist who is not an elected member of the Addis Ababa City Council. To make his appointment legal, it was necessary to tweak the rules. This was an early move of the new administration which signalled that EPRDF’s old habits die hard under its new leadership.

Soon after, Abiy’s ODP party declared that it is working towards making Addis Ababa—the Federal Capital—part of Oromia region. This was another bold move that showed little signs of the new rulers’ willingness or capability to adequately balance between different interest groups, and one that would inevitably enrage non-Oromo residents of Addis Ababa.

The security apparatus of Oromia’s administration also seems arbitrary and unreliable in its handling of conflicts involving Oromo perpetrators. A case in point is the Burayu massacre in September 2018, when members of the Dorze, Gamo and other ethnic groups, living in Burayu town—which falls under administration of Oromiya region—were violently attacked. The perpetrators, so-called Qeerroo youths, were not stopped by an unresponsive and tardy Oromiya police, despite calls for help during the attacks. Afterwards, it was claimed that the difficult terrain had prevented a speedy intervention by the police, although Burayu is merely located a few kilometres outside the capital.

The rhetoric of some ODP leaders is increasingly of concern to fellow non-Oromos. Oromia regional president Shimelis Abdisa, on the celebration of Ireecha (the Oromo thanksgiving festival) in September, stated that he was honoured to celebrate the triumphant return of Ireecha after breaking the back of “the Neftegna”, who subjugated the Oromo 150 years ago. In the view of many fellow Amhara citizens, such a reference is tantamount to hate speech. It mirrors the slogan of Oromo extremists to ‘chase the descendants of the Neftegna out of Oromia’. Needless to say, the Oromia state president is a party colleague of Abiy Ahmed and former chief of staff at the Prime Minister’s Office.

It is hard to overstate the potential of this kind of speech to inflame passions. It effectively legitimises vilification of Neftegnas—often taken to mean Amharas living outside their own region, of which there are millions In one recent incident, residents of Oromia’s eastern Hararghe Zone took to the streets chanting, “down down Menelik, down down Neftegna”. The slogan is a curious revival of anti-Amhara resentments. It harks back to a feudal landlord regime that was abolished when socialism swept over Ethiopia about 50 years ago, while Emperor Menelik II has been dead for more than 100 years.

Another disturbing development has been the government’s seeming indifference to the activities of Oromo nationalists without formal government positions. Among the most egregious examples is the role of Oromo militias, or vigilante groups, in the displacement from Oromia of more than 500,000 ethnic Gedeos living in the Gedeo zone of Oromiya region, bordering West Guji zone. The displacements were initially ignored by the prime minister until The Guardian exposed the humanitarian crisis that ensued.

Militias tied or sympathetic to the Oromo Liberation Front (OLF) are believed to have been responsible for ransacking approximately 17 banks in the region over the past year and Abiy says nothing. What the government simply calls “gunmen” sometimes operate with impunity. In one instance, five people working in the mining sector, including an Indian and a Japanese national, were killed in March by unidentified gunmen presumed to be former OLF fighters refusing to disarm. Despite international attention and national concern, no condemnation came from the prime minister. In and around Addis Ababa lawlessness intensified over the last two years. Vigilante groups are perceived by citizens to operate openly with the apparent acquiescence of the authorities. In October a planned demonstration in the capital to protest against claims that it is part of Oromia was cancelled after Qeerroos erected roadblocks on the highway between the capital and Gojjam zone of Amhara region.

The Qeerroo, said to be made up mostly of Oromo youths that were part of the resistance against the previous administration, seem to have been openly operating in cognizance of the Oromia police. An important question is whether Oromia’s regional police are unable or unwilling to stop such vigilantism.

The incumbent ODP-led administration and the security forces under its command appear to be walking a fine line between upholding law and order while avoiding the alienation of Qeerroo—on whose protest wave Abiy Ahmed rode to power and for whose support the ODP has to compete with other political parties and actors in Oromia, such as Jawar Mohammed, the OLF and the Oromo Federalist Congress.

In the case of the media owner Jawar Mohamed, Abiy’s government and security forces have offered preferential treatment in providing the kind of security normally reserved for prominent political figures. But Jawar owns the Oromia Media Network, he holds no party of government position, and thus should not qualify as a politician.

Yet his stature is such that the October 22 move to remove his security detail triggered huge protests and acts of violence in various parts of Oromia. The Federal Police Commission denied the withdrawal. The Ministry of Defence later reported that the military had to be dispatched to assist regional police in containing the resulting spread of chaos.

Abiy’s response to the recent unrest in Oromia baffled many. At first, he stayed silent for four days before the Prime Minister’s Office finally issuing a press statement focusing on the dangers of continued violence in general terms. Abiy then went on to attend townhall meetings in Harar and Ambo, two hotspots, and reportedly assured attendees that Jawar is still considered a friend by his government.

To the dismay of many, he avoided meeting with or mentioning the victims of the violence. When he finally appeared on TV denouncing it, he referred to “inter-community clashes,” although the incidents were widely perceived as mob attacks on innocent civilians. To the distaste of many, Abiy also publicly listed the dead by ethnicity and religion, seemingly as a rebuff to the outcry that only Orthodox Christians and non-Oromos were victims of the violence.

Abiy’s kid-glove-treatment of fellow Oromo stands in sharp contrast to his apparent heavy-handedness toward others, such as the Amhara opposition groups, activists, and journalists, particularly those associated with the National Movement of Amhara, an ascending rival to ODP’s embattled coalition partner, the Amhara Democratic Party.

Members of Eskinder Nega’s Baladera Council are subject to similar treatment. Eskinder, who had been jailed multiple times by the previous government, initially founded the Council in the wake of Abiy’s opening of political space as a pressure group to coordinate resistance against ODP’s plans for the capital city.

The crackdown on the Amhara opposition became most apparent shortly after a number of high-profile assassinations on June 22 that were officially labelled as a coup attempt. This provided Abiy’s administration with a pretext to imprison scores of journalists and activists, some of them associated with Eskinder Nega’s Baladera Council. The government’s continued restrictions on civil rights have elicited reprimands from Reporters Without Borders, the Committee to Protect Journalists, and Amnesty International.

Last month, Addis Ababa’s administration refused Baladera Council’s request for a demonstration to protest the planned transfer of the city’s jurisdiction to Oromia region. The protest would have overlapped with the Nobel committee’s announcement that Abiy was this year’s recipient of its Peace Prize. An anti-government rally would have scuppered the buoyant mood and favourable international image of Abiy’s administration, which hastened to organize its own rally to celebrate the prize.

Moving on from Ethiopia’s torturous past
Assistance and justice for victims of torture and human rights abuses are critical components of building a more inclusive Ethiopia.

Another group complaining about a lack of protection from the government is the Ethiopian Orthodox (Tewahedo) Church. Its followers are often labelled by non-members as ethnic Amharas simply by association with the church. After a spate of church burnings around the country over the past year, members of the Orthodox Synod requested a meeting with the prime minister. But they came away dissatisfied, saying Abiy had told them it is not the government’s responsibility to protect houses of worship. After that, the Addis Ababa administration turned down a request by Orthodox Christians to hold protest demonstrations in the capital. Several demonstrations were held in the Amhara region, but none received any coverage in the state media, and Oromia’s regional police denied requests for protests in that region.

In yet another indicator of the double standards, on the anniversary of the Finding of the True Cross (Meskel) in September, the Federal Police forbade Orthodox Christians from carrying the traditional Ethiopian flag (the Green, Yellow and Red, which is also the church’s emblem and is now commonly displayed in Amhara region). A week later, however, the OLF flag was dominant at the Ireecha celebration in Addis, although it is only a liberation movement’s flag.

If the prime minister often seems biased towards Oromos over Amharas and other groups, sometimes he even appears to place more value on foreign lives than Ethiopian ones. In October, several people were killed in North Gondar and North Shewa zones in the Amhara region, as well as in Afar. The prime minister steered clear of commenting on those killings of Ethiopian citizens. But when a typhoon struck Japan recently, he was quick to send a message of condolence to his counterpart, Prime Minister Shinzo Abe.

As time wears on and Abiy’s actions begin to speak louder than his words, discontent with his double standards is snowballing among the ‘out’ groups. The question is whether a course correction can be made before the snowball eventually reaches critical mass?

Correction: Article amended on November 17 to correct reference from ten to four for the number of days it took the Office of the Prime Minister to respond to recent violence in Oromia.

HaileMichael works for an English-language weekly newspaper in Addis Abeba and is writing under a pseudonym due to concerns about his security.