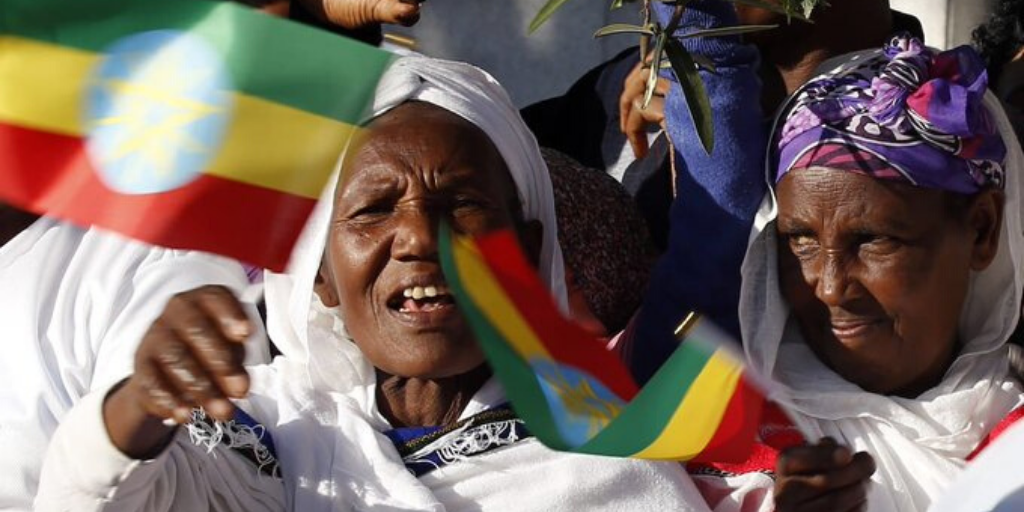 Ethiopia’s political opening under Prime Minister Abiy Ahmed has won well-deserved accolades but also uncorked dangerous centrifugal forces, among them ethnic strife. With international partners’ diplomatic and financial support, the government should proceed more cautiously – and consultatively – with reforms that could exacerbate tensions.

Ethiopia’s transition has stirred hope at home and abroad but also unleashed dangerous and divisive forces. As Prime Minister Abiy Ahmed’s government has opened up the country’s politics, it has struggled to curb ethnic strife. Mass protests in late October in Oromia, Ethiopia’s most populous region, spiralled into bloodshed. Clashes over the past eighteen months have killed hundreds, displaced millions and fuelled tensions among leaders of Ethiopia’s most potent regions. Abiy’s remake of the ruling coalition, which has monopolised power for almost three decades, risks further deepening the divides ahead of the elections scheduled for May 2020. The premier and his allies should move cautiously with those reforms, step up efforts to cool tensions among Oromo factions and between Amhara and Tigray regional leaders, who are embroiled in an especially acrimonious dispute, and, if conditions deteriorate further, consider delaying next year’s vote. External actors should call on all Ethiopian leaders to temper incendiary rhetoric and offer increased financial aid for a multi-year transition.

First, the good news. Since becoming premier in early 2018, after more than three years of deadly anti-government protests, Prime Minister Abiy has taken a series of steps worthy of acclaim. He has embarked on an historic rapprochement with Eritrea. He has extended his predecessor Hailemariam Desalegn’s policies of releasing political prisoners and inviting home exiled dissidents and insurgents. He has appointed former activists to strengthen institutions like the electoral board and accelerated the reform of an indebted state-led economy. His actions have won him both domestic and foreign praise, culminating in the 2019 Nobel Peace Prize. But Abiy’s moves to dismantle the old order have weakened the Ethiopian state. They have given new energy to the ethno-nationalism that was already resurgent during the mass unrest that brought him to power. Elections scheduled for May 2020 could turn violent, as candidates compete for votes from within their ethnic groups.

Four fault lines are especially perilous. The first cuts across Oromia, Abiy’s home state, where his rivals – and even some former allies – believe the premier should do more to advance the region’s interests. The second pits Oromo leaders against those of Amhara, Ethiopia’s second most populous state: they are at loggerheads over Oromia’s bid for greater influence, including over the capital Addis Ababa, which is multi-ethnic but surrounded by Oromia. The third relates to a bitter dispute between Amhara politicians and the formerly dominant Tigray minority that centres on two territories that the Amhara claim Tigray annexed in the early 1990s. The fourth involves Tigray leaders and Abiy’s government, with the former resenting the prime minister for what they perceive as his dismantling of a political system they constructed, and then dominated, and what they see as his lopsided targeting of Tigrayan leaders for past abuses. An uptick of attacks on churches and mosques across parts of the country suggests that rising interfaith tensions could add another layer of complexity.

Adding to tensions is an increasingly salient debate between supporters and opponents of the country’s ethnic federalist system, arguably Ethiopia’s main political battleground. The system, which was introduced in 1991 after the Tigray-led revolutionary government seized power, devolves authority to ethno-linguistically defined regions, while divvying up central power among those regions’ ruling parties. While support and opposition to the system is partly defined by who stands to win or lose from its dismantling, both sides marshal strong arguments. Proponents point to the bloody pre-1991 history of coercive central rule and argue that the system protects group rights in a diverse country formed through conquest and assimilation. Detractors – a significant, cross-ethnic constituency – argue that because the system structures the state along ethnic lines it undercuts national unity, fuels ethnic conflict and leaves minorities in regions dominated by major ethnic groups vulnerable. It is past time, they say, to turn the page on the ethnic politics that for too long have defined and divided the nation.

Prime Minister Abiy’s recent changes to the Ethiopian People’s Revolutionary Democratic Front (EPRDF), the coalition that has ruled for some three decades, play into this debate. Until late November, the EPRDF comprised ruling parties from Oromia, Amhara and Tigray regions, as well as a fourth, the Southern Nations, Nationalities and Peoples’ region. Already it was fraying, its dysfunction both reflecting and fuelling ethnic animosity. Abiy’s plan entails dissolving the four blocs and merging them, plus five parties that rule Ethiopia’s other regions, into a new party, the Prosperity Party. The premier aims to shore up national unity, strengthen his leadership and shift Ethiopia away from what many citizens see as a discredited system. His approach enjoys much support, including from Ethiopians who see it as a move away from ethnic politics. But it also risks further stressing a fragile state whose bureaucracy is entwined with the EPRDF from top to bottom. Tigray’s ruling party and Abiy’s Oromo rivals oppose the move, seeing it as a step toward ending ethnic federalism. Tigray leaders refuse to join the new party.

The prime minister has made laudable efforts to tread a middle ground and unite the country but faces acute dilemmas. Placating nationalists among his own Oromo, for example, would alienate other ethnic groups. Allowing Tigray to retain a say in national decision-making well above the region’s population share would frustrate other groups that resent its long rule at their expense. Moreover, while thus far Abiy has tried to keep on board both proponents and critics of ethnic federalism, his EPRDF merger and other centralising reforms move him more squarely into the camp of those opposing that system, meaning that he now needs to manage the fallout from those who fear its dismantling and the dilution of regions’ autonomy. At the same time, he cannot leave behind the strong constituency that wants to move away from ethnic politics and thus far has tended to give Abiy the benefit of the doubt. But the prime minister, his government and international partners can take some steps to lower the temperature:

Ethiopia’s transition may not yet hang from a precipice; indeed, it is still a source of hope for many in Ethiopia and abroad. But signs are troubling enough to worry top and former officials. Among the most alarmist suggestions made by some observers is that the multinational federation could break apart as Yugoslavia did in the 1990s. This worry may be overstated, but Abiy nonetheless should err on the side of caution as he walks a tightrope of pushing through reforms while keeping powerful constituencies on board. He should redouble efforts to bring along all of Ethiopia’s peoples, facilitate further negotiations among sparring regional elites, take steps to ensure that the ruling party merger does not further destabilise the country and, for now, defer formal negotiations over Ethiopia’s constitution and the future of ethnic federalism.

The International Crisis Group is an independent organisation working to prevent wars and shape policies that will build a more peaceful world.