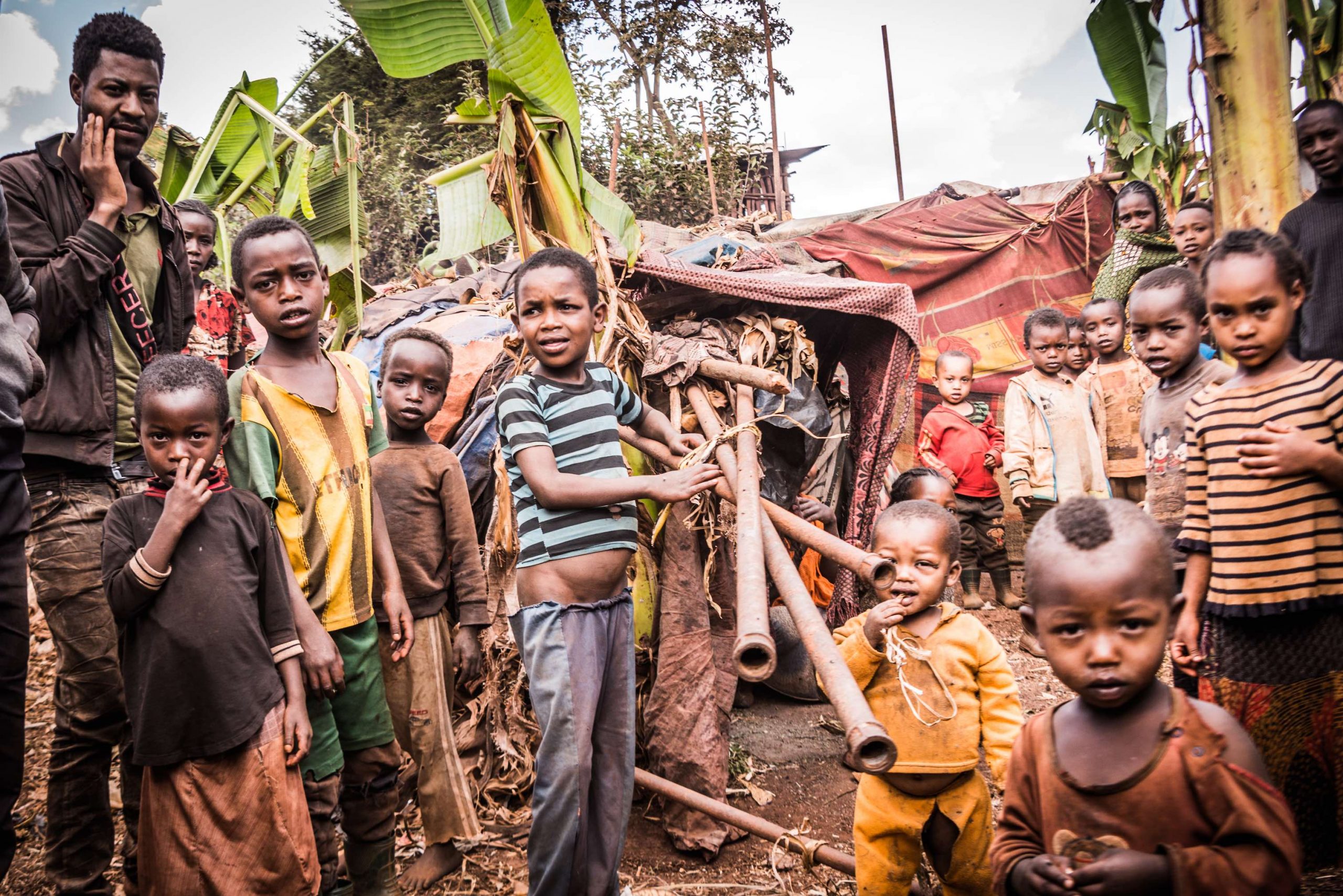 Draft proclamation is replete with provisions that could impinge on freedom of expression, while a more comprehensive approach is needed to tackling the normalised dissemination of divisive propaganda

With the expansion of social media, many citizens in Ethiopia, as in the rest of the world, are able to access information in a speed that would have been unimaginable just a couple of decades ago. Yet this advancement has also given rise to the speedy dissemination of hate speech and disinformation that threatens the political and social fabric of communities in Ethiopia and many other places.

Currently, Ethiopia is undergoing a transition to multi-party democracy following the political reforms that began after the December 2017 meeting of the ruling coalition’s Executive Committee and accelerated after the national leadership change in April 2018.  As a shortcut to achieve their political goals, a growing number of individuals and groups have taken advantage of the political opening to employ the internet and social media to spread information that misleads the public and encourages animosity among communities.

In a legislative response, the Ethiopian government approved a draft law on the prevention and control of hate speech and disinformation in November. The law entitled ‘Hate Speech and Disinformation Prevention and Suppression Proclamation’ was approved by the cabinet and sent to the House of Peoples Representatives (HPR), the legislative chamber that promulgates federal laws. The HPR Legal, Justice, and Democracy Affairs Standing Committee is currently reviewing the draft. UN Special Rapporteur on the Right to Freedom of Opinion and Expression David Kaye has already expressed his concerns that parts of the law do not meet international standards—but, unfortunately, the problems with the proclamation do not end there.

In addition to preventing and controlling the dissemination and proliferation of hate speech and disinformation, the draft law aims at promoting tolerance, civil dialogue, and mutual respect among citizens (Article 3(2), (3)). But it is not clear how the law intends to achieve the latter. An aspect of public education is already present in the general obligations of the Ethiopian Broadcast Authority and the Ethiopian Human Rights Commission to, respectively, conduct public awareness programs to combat disinformation and hate speech (Article 8 (5) (6)).

The draft law focuses on using punishment as the main approach and fails to promote improving literacy as a sustainable strategy against hate speech and disinformation. Low literacy in general and with media specifically impedes the ability of many citizens to identify hate speech and disinformation and leads them to trust a few vocal individuals that manipulate the media for their own objectives.

Several aspects of the definition of hate speech and disinformation in the draft law lack clarity and are therefore open to abuse by law-enforcement agencies. The draft defines hate speech as “speech that promotes hatred, discrimination or attack against a person or an identifiable group based on ethnicity, religion, race, gender, and disability” (Article 2(2)). The “promotion” part of the definition is too vague and does not necessarily require a direct link between the speech and the consequences.  Moreover, the basis for the “identifiable groups” are designed as exhaustive, while in reality there are more bases for groups, such as political outlook.

Also, the law’s definition of disinformation is unclear, to say the least. Disinformation is defined under the draft law as “speech based on false information, disseminated by a person who knew or should reasonably have known that such information is false and is likely to cause public disturbance, violence or conflict” (Article 2(3)).

The draft law exempts dissemination of information that would otherwise be prohibited as hate speech and disinformation from prohibition if it is done as part of academic study or scientific inquiry, news reports, artistic performance, political commentary, and religious teaching (Article 6). The exemptions are meant to protect freedom of expression when the speech or information was not used to cause harm.

However, the exemptions offer insignificant protection of freedom of expression compared to the vague prohibition of dissemination through ‘broadcasting, print, and social media using text, image, audio, or video’ (Articles 4 and 5). The draft law imposes severe criminal liability on any person who disseminates hate speech (up to three years imprisonment or fine of up to 100,000 birr) and disinformation (up to one year imprisonment or fine up to 50,000 birr) even when the hate speech and disinformation are not linked with any violence against individuals or groups (Article 7 (1) and (3)).

The draft law states that “organizations that provide social media service” have the responsibility to prevent and control the dissemination of hate speech and disinformation. Moreover, social media service providers are required to remove “messages and speeches” that disseminate hate speech and disinformation as soon as they are notified. The service providers are also required to develop policies and procedures to implement the aforementioned obligations (Article 8 (1-3)). Nonetheless, the draft law does not define “organizations that provide social media service”. The lack of clarity may give rise to the targeting of small local companies involved in providing internet services.

The draft law repeals Article 486 of the Criminal Code that protects the government and public officials from false rumors and charges that would distort public opinion, or incite hatred or public disturbance including religious, ethnic, and political acts of violence. It is not clear why the drafters chose to selectively repeal Article 486 while similar provisions such as Article 485 (alarming the public) and Article 813 (alarming announcements, news, and publications) remain in the Criminal Code. Article 813 is particularly nebulous when it proclaims that “[w]hoever…announces, spreads, publishes or reports to the authorities false, exaggerated or biased news intended to or capable of perturbing public order or tranquility is punishable with fine or arrest.”

The causes and effects of hate speech and disinformation are complex and far-reaching. They are produced, distributed, and consumed within the value system of a society. Thus, preventing and minimizing the effects of hate speech and disinformation requires much more than criminal retribution.  The draft law can be a compelling response to the threat against society if it takes the following factors into consideration.

The role of government propaganda

The governments that have run the country for the last five decades were engaged in the habitual process of engineering and distributing hate speech against communities and massive disinformation through state media as a political strategy of control and eliminating dissent. In the process, individuals and groups, including the nascent private media, have wittingly and unwittingly adopted these practices. In the last three decades, the problem has arguably been aggravated by the political fragmentation of the society along ethnic lines and the rise and proliferation of media which claim to serve particular ethnic communities. Even though political reforms are underway, the practice of government propaganda lingers. Thus, the necessity for radical change in government media policy and behavior should be established under the draft law as a strategy in the fight against hate speech and disinformation.

As shown above, the draft law is replete with provisions that are open to abuse by law enforcement organs against freedom of expression. In the recent past, laws and institutions such as the judiciary have been extensively used by the government to stifle dissent. It is thus understandable that the gaps in the law are causing some alarm. In order to minimize government indiscretions, policy-makers must reexamine the substance and drafting of the law in a bid to close the gaps. Moreover, the draft law should provide a more robust role for independent watchdog institutions such as the Ethiopian Human Rights Commission in scrutinizing the use of the law by the executive vis-à-vis the protection of freedom of expression.

The draft law misses the opportunity to establish media education at all school levels as an enduring strategy of prevention of hate speech and disinformation. In a 2019 paper by  Marcus Groth called ‘Recognizing fake news: A comparison between Ethiopian and Swedish Students’, he wrote: a “media literate person will be able to limit their media use, make positive media choices, choose creative alternatives to media consumption, develop their critical thinking and viewing skills, and understand the political, social, economic, and emotional implications of all kinds of media” In Ethiopia, media education is especially crucial in understanding the internet and social media, which gave the culture of hate speech and disinformation a potent edge.

The draft law places a lot of emphasis on the role of the government run Broadcast Authority in public education and monitoring of the social media. In so doing, it fails to pronounce the crucial role of independent initiatives in media education, publicizing actors and processes of hate speech and disinformation, and shaping government policy through research and capacity building. Also, the role of professional associations, cultural institutions, and political parties is ignored by the draft law.

Nov. 11, 2019 In defense of Jawar, a brilliant and dedicated agent of change