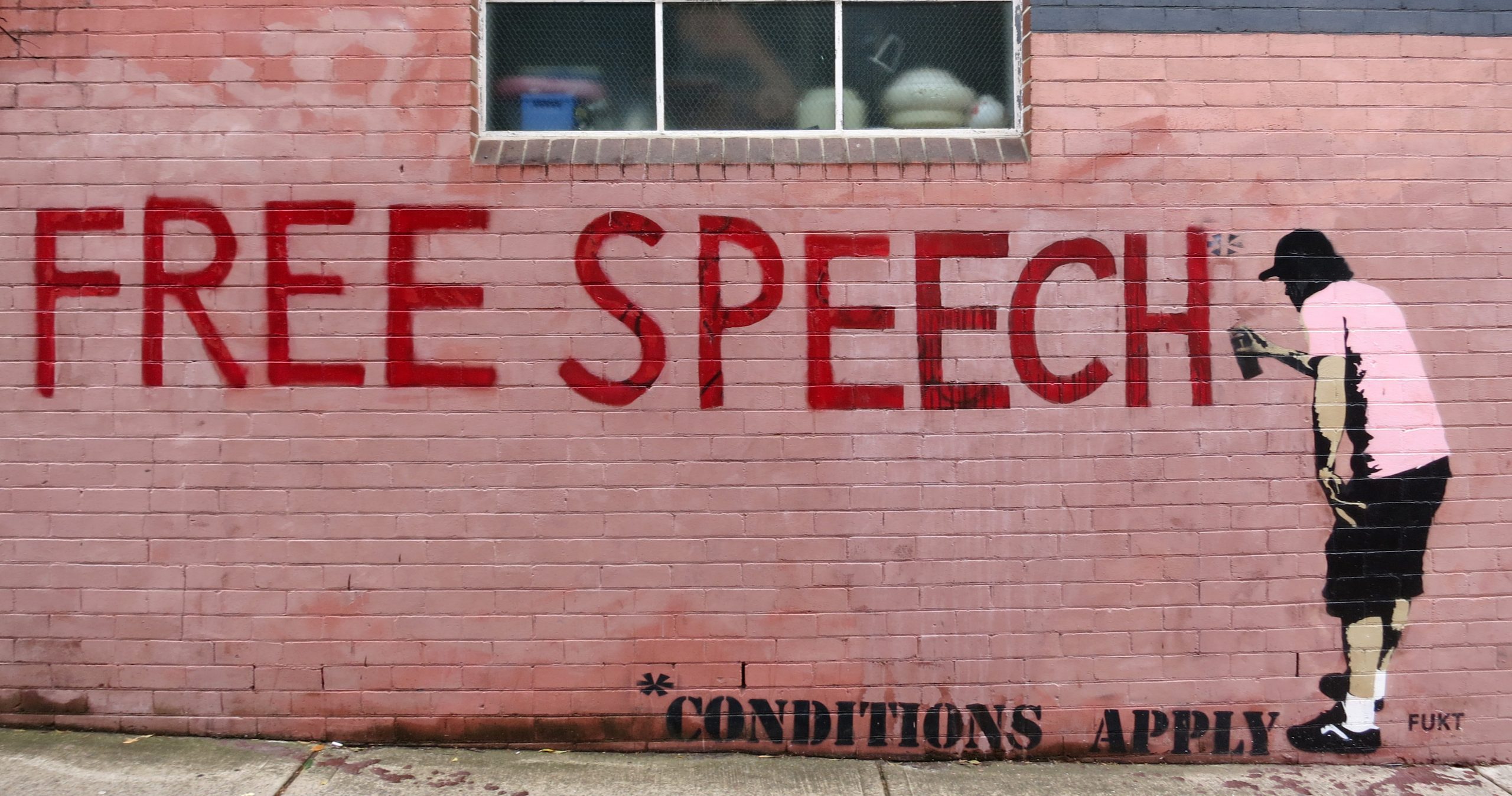 The draft hate speech law has been a cause célèbre recently in political and academic discussion in Ethiopia. Arguments range from the necessity of having such a law to how to define hate speech.

Defining hate speech is a Sisyphean exercise as any definition should use specific examples and contexts, as explained by Andrew Sellars. Hate speech besmirches the reputation and dignity of individuals by associating ascriptive characteristics like ethnicity, race, or religion with conduct.

Drawing from the works of Jeremy Waldron, a New York University law professor, an expression that can be considered hateful (be it conveyed through text, images or sound) sends two types of messages. “The first is to the targeted group and functions to dehumanize and diminish members assigned to this group. The other one is to let others with similar views know they are not alone, to reinforce a sense of an in-group that is (purportedly) under threat.” Writers like Toby Mendel ,a human rights lawyer, argues hate speech crime embraces three key elements: intent, incitement and proscribed acts such as discrimination, hostility or violence.

The over-broad  formulation of hate speech under the Draft Hate Speech Proclamation in Ethiopia is deeply concerning since the bill defines hate speech without considering international human rights standards. The United Nations Special Rapporteur on the right to freedom of opinion and expression, David Kaye, remarked that the draft bill, which was recently presented to Parliament, goes far beyond the command of Article 20(2) and the limitations on restrictions required by Article 19(3) of the International Covenant on Civil and Political Rights (ICCPR).

Under international human rights law, it is prohibited to advocate national, racial or religious hatred that constitutes incitement to discrimination, hostility or violence. As per this law, hate speech could mean that advocacy of proscribed acts (discrimination, hostility or violence), and inciting to commit these acts. Similarly, Human Rights Watch said that Ethiopian lawmakers should significantly revise the draft law. If approved, the law could significantly gag freedom of expression. Others like Rahma Hussein, a human rights researcher, and Samuel Gebre, a journalist, have also questioned whether the law would stifle freedom of expression.

At a hearing of parliament’s Legal, Justice and Democracy Affairs Standing Committee on January 1, Deputy Attorney General Gedion Timothewos highlighted that “the aim of the draft bill is to punish those perpetrators who make dangerous statements. In the past few years, we have learned of tragic violence, ethnic and religious-based attacks, lynching, and civilian displacements in different parts of the country.” As such, the aim is to quell these ills and ensure the rule of law. He added that the government is guided by good faith and will strive to promote freedom of expression. At the hearing, a plethora of civil society organizations (CSOs) participated and raised their concerns. I also appeared at the hearing and submitted written concerns.

Critics say hate speech is an emotive concept, and regulating emotions through law is very tricky. Given that the country is organised on the basis of an ethnically centred political system, the law could be used to silence opposition ethnic parties and individuals’ free speech. In a democratic society, hate speech should be deterred through more speech, not by using law. Importantly, the rationale of the Deputy Attorney General, that hate speech is causing violence, is questionable. It could of course be argued otherwise that it is not the hate speech per se that created violence; rather it might be the ethnic-based political system or age-old repression.

The drafting process of the proclamation has been rushed. Unlike other related legislation that proceeded through the Legal Reforms Advisory Council, this was developed outside that process. Concerned CSOs said there was insufficient consultation with the public and stakeholders. For instance, the Draft Mass Media Proclamation went through more than 33 consultations before being referred to parliament. The Deputy Attorney General said the approach was justified as it is a criminal law. However, the bill, as it stands, is likely to have a chilling effect on freedom of expression.

After all, respecting freedom of expression includes permitting speech that shock, offend, scorn even disturb individuals’ or society as the European Court of Human Rights stated in the Handyside v. UK case. Although the court found that Richard Handyside’s book that aimed to educate teenage readers about sex was obscene, it concluded “Freedom of expression constitutes one of the essential foundations of a democratic society…it is applicable not only to ‘information’ or ‘ideas’ that are favourably received or regarded as inoffensive or as a matter of indifference, but also to those that offend, shock or disturb the State or any sector of the population…” Without tolerating shocking or offending speeches, there is no fully democratic society.

The Rabat Plan of Action is a multi-stakeholder processes convened by the UN Office of the High Commissioner for Human Rights, and produced an action document in 2013. Various human rights experts offered a six-part test for assessing when speech is severe enough to constitute hate speech under article 20(2) of the ICCPR. The Rabat Plan of Action is the foremost international standard for hate speech laws.

The key factors are: “the social and political context in which the statement is made; the position or status of the speaker in society; the specific intent to cause harm; the degree to which the content of the speech was “provocative and direct,” and the “nature of the arguments deployed in the speech”; the extent and reach of the speech and the size of the audience; and the likelihood of effectively inciting harm.” As a result, the drafters of the hate speech law should take these factors seriously and include provisions to this effect.

These are the areas where the draft law needs improving:

Currently, the bill has a restrictive preamble. The first paragraph reads: “to prevent and suppress by law the dissemination of hate speech”. This law is targets hate speech and misinformation only, thus there should be maximum care and safeguards in order not to police other speech.

The draft bill aims to combat free speech using law not through more speech. Indeed, there is no ‘heckler’s veto under international human rights law, which would mandate the stifling of speakers when those who are offended choose to show their displeasure through harmful acts. However, the draft bill seems to introducing the ‘heckler’s veto’ when the alleged speech become hateful, the law will stifle and suppress the speaker. In the Ethiopian context where ethnicity is a defining political ideology and organizing factor, this ‘heckler’s veto’ could be applied easily to stand up with those offended/harmed ethnic groups. As such, the preamble’s languages should be drafted in a human rights-friendly manner.

The bill defines hate speech under article 2(2) as a “speech that promotes hatred, discrimination or attack against a person or an identifiable group, based on ethnicity, religion, race, gender or disability.” This definition is quite nebulous and overbroad and so not based on international human rights law. Laws should be clear, precise and unambiguous in their stipulations. Freedom of expression may be limited by laws which are clear and precise per the UN Human Rights Committee General Comment No.34. But the draft fails to define what constitutes “hatred” nor “discrimination” or “attack.”

In this regard, the draft may draw inspirations from the Camden Principles as it defines ‘hatred’ to mean to intense and irrational emotions of opprobrium, enmity and detestation towards the target group and Facebook offers a definition to attack referring a violent or dehumanizing speech, statements of inferiority, or calls for exclusion or segregation. Overbroad stipulations could create interpretation ambiguities, and so violates the legality thresholds under article 19(3) of the ICCPR and article 29(6) of the Ethiopian Constitution.

Besides, the bill, as it stands, lacks intent and incitement elements. True, the Deputy Attorney General in his address to the Parliament admitted this and said that they intend that the crime is to be intentional. Yet, the mens rea (intent) requirement has to be clearly provided. On this note, the bill uses the term “promotes” instead of “advocacy”. But ‘promote’ does not set out the intention to encourage hatred, discrimination or an attack against the target group. Also, the draft falls short of the incitement requirement  Although difficult to define, incitement means statements about ethnic or religious groups which create an imminent risk of discrimination, hostility, or violence against persons belonging to those groups.

Furthermore, the draft bill punishes the dissemination of hate speech. It’s unclear from its provision whether the term “disseminating of hate speech” includes mere sharing and distribution of hateful content. How could the public prosecutor indict all the followers who disseminate hate speech if it goes viral? In a country where ‘echo-chambers’ are common, it would be very difficult to fully enforce this kind of stipulation. This again casts doubt as to its practicality. Unlike the term ‘advocacy’ under the ICCPR, the draft uses the term ‘disseminating’ which is not clearly defined nor embraces elements of intent according to international human rights law.

Additionally, the draft has provisions regarding the responsibility of social networks. It obliges them to remove hate content from their platforms “swiftly” upon receiving notification of it, but, again, “swift” is not defined. Some countries such as Germany have a strict law on social networks to remove hate speech or illegal content less than 24 hours upon notification. Ethiopia could do the same.

Because of these failures to limit the offense by principles of context, status of the speaker, intent and other factors found in the Rabat Plan of Action, the bill, if made law in its current form, could lead to the criminalisation of people who merely re-post or otherwise share content deemed hate speech. Besides, its vagueness and ambiguity mean that officials at the federal and regional level would have practically unbounded discretion to determine whom to investigate and prosecute, leading to an almost certain inconsistency in approach and a potential wave of arbitrary arrests and prosecutions. I would say that in Ethiopia—where judicial review of government action is not clearly provided in the Constitution—and courts are sometimes oblivious to international human rights standards, legislating hate speech in this way would muzzle freedom of expression.

At the hearing, the chair of the Standing Committee emphasized that there will be further deliberation and consultation, though it is unclear when this will occur. When they re-examine the proclamation, lawmakers must ensure the bill is precise and in line with international human rights law. In particular, it must provide clear definitions for vague terms and add intent and incitement requirements.

In order to be more precise, it could stipulate that social media platforms must work to remove hate content in less than 24 hours. Finally, tackling hate speech requires strong institutions Therefore, to combat hate speech effectively, in addition to enacting clear law, the government should work with CSOs on media literacy and urge social media companies to make prompt moves towards content moderation.

Ultimately, Ethiopian lawmakers need to use their newfound freedom to bring the law into line with international standards and so honor this administration’s rhetorical commitment to democracy.

Nov. 11, 2019 In defense of Jawar, a brilliant and dedicated agent of change

Yohannes is a PhD candidate at Monash University Faculty of Law, Melbourne, Australia. He is a Lecturer in Law at Bahir Dar University (currently on study leave). Follow him on Twitter @yeayalew