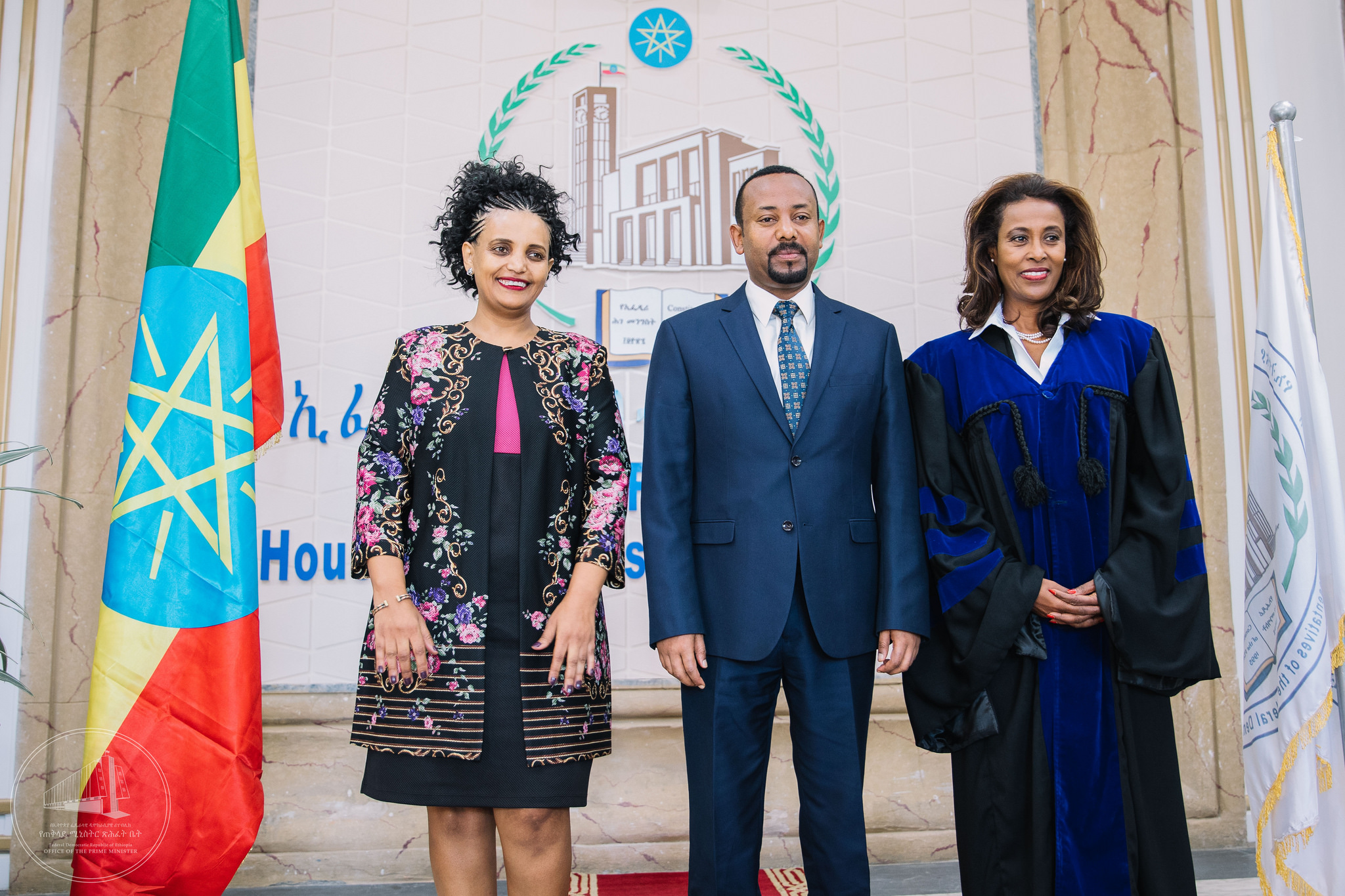 Ethiopians needs to achieve a genuine state of democratic development through free elections and accountable government.

After more than a decade of much-ballyhooed economic growth, Ethiopia remains near the bottom of global development rankings.

The latest United Nations Human Development Index (HDI) ranks Ethiopia 177 out of 189 countries. At the same time, the country’s population is projected to nearly double, from 110 million to 190 million in the next 30 years. Such swift growth would push Ethiopia into the top 10 of the most-populous countries in the world.

These two data points taken together paint a grim picture. Forecasts from The World Bank and similar organizations suggest a backward trend, meaning that the country risks becoming even more vulnerable to extreme poverty and food insecurity unless the youth bulge can be harnessed to drive growth.

Therefore, concerted efforts must be made now to ensure that the country does not once again become an international basket case.

How, after all, does a country that prides itself as the product of ancient civilizations find itself at the tail-end of the modern world? One underlying cause is that its citizens have yet to enjoy basic democratic standards: a government “of the people, by the people and for the people”.

Among the chief reasons this country has lagged behind in development is the instability of its politics. To maintain power, successive governments have prioritized security, but that leads to a vicious circle of opposition discontent and increasing repression. Another reason the country has failed to prosper is the lack of accountability of its office holders. Since a key mechanism for holding officials accountable, democratic elections, has existed in name only, systemic corruption thrives in Ethiopia and many other developing countries.

Absence of democracy does not necessarily have a causal relationship with corruption. However, the checks-and-balances system in democratic governance provides mechanisms to curb corruption. Some of the key recommendations from a report by Transparency International is that “For democracy to be effective against corruption, governments must ensure that elections are free and fair”. Another related recommendation from the same report is for governments to “promote the separation of powers, strengthen judicial independence and preserve checks and balances”.

These are the first steps of how political measures can help solve an economic problem. First and foremost, a functioning and institutionalized democracy would create the conditions for the political stability that is critical to implementing long-term economic reforms, although a change of governments would introduce some policy volatility. Still, overall stability would encourage desperately needed investment, which would lead to increased productivity. The previous governments achieved policy continuity, but it was at the expense of long-term stability. Now, some policy fluctuation should be traded for sustainable stability.

This will remain out of reach, however, unless there is a clear understanding of the consequences of allowing the status quo to continue. The current political environment in Ethiopia is not conducive to development. Political polarization is at its peak and an honest democratic exercise could result in a gridlock, in which representatives are elected who reflect the country’s diverse population, but who hold totally incompatible views.

With this possible outcome in mind, some observers argue that the best option would be a centrist technocratic government that excludes the extremes. However, such an approach would not lead to long-term political stability. No matter how chaotic a divided parliament might be, it is imperative that the upcoming election be fully democratic, allowing competing views to be laid out before the people in a truly competitive political landscape.

There is a genuine fear from some quarters that an election that brings extremists into the national conversation would pose an existential threat, leading to the country’s disintegration. But instead of fearing the inevitable clash of ideas, we should embrace it, welcoming all kinds of viewpoints—left, right, and center, ethno-nationalist and Ethiopian nationalist. Ethiopians deserve an end to sham elections and a new beginning with a genuine federal democratic government worthy of that name. It is an inconvenient but necessary path. Winston Churchill famously said: “No one pretends that democracy is perfect or all-wise. Indeed it has been said that democracy is the worst form of Government except for all those other forms that have been tried from time to time”. It is past due for Ethiopia to give representative democracy a chance.

People in every corner of the country must be able to freely elect representatives they trust will represent their interests. These legislators with varying viewpoints must then work in the spirit of compromise to chart a national consensus. Regardless of which population segment political leaders claim to represent, the basic needs of ordinary citizens are not very different. If they constructively engage with each other, I think they will be surprised about how much common ground there is. Representative government is a critical first step in this long, multi-stop journey. As long as these MPs are freely and democratically elected without coercion, suppression or disenfranchisement, they will represent the unvarnished, and therefore legitimate, voice of the people. It will certainly have a rocky start and there won’t be a magic wand the day after the election. It requires patience, hard work, and a willingness to compromise.

On specific matters where these representatives cannot reach consensus, they should decide issues democratically, without violating the basic rights of minority voices. That is the best way to overcome political instability and begin tackling the bigger challenges that inevitably await. Suppression of views that one side regards as extreme will continue to fuel division and instability. Some of the flashpoints between political elites from Oromo and Amhara—the two largest communities—include the federal government structure itself; the status of the capital, Addis Ababa; the federal working language; and the national flag. These and other divisive issues should not be left for the two groups alone to argue over. Both must commit to accepting what will be agreed upon by including the views of other representatives from all over the country.

On the other hand, engaging the diversity of voices representing all citizens will in the long run lead to a more united and stable Ethiopia. No matter how incompatible their views may be, representatives of the people must understand that the price of failure would be another cycle of political instability, which would have a chilling effect on Ethiopian democracy.

One of the common criticisms of the current constitution, particularly from Amhara nationalists, is that Amharas were not represented in its crafting. While I personally believe the constitution is the correct fundamental framework for Ethiopia’s current conditions, we must concede that it was not crafted by representatives of all the people. Its legitimacy needs to be affirmed by a parliament that represents all major segments of the country. If Ethiopia’s next chapter is to be built on a solid foundation, it must heed the lessons of history. If this means constitutional reform, so be it, as long as its amendment is crafted by representatives elected by the people in a free, fair and competitive election, and the people have an opportunity to approve or reject it in a referendum.

Democracy, of course, cannot in itself translate to economic success. But the accountability and political stability it provides can help to build the investor confidence that has been sorely lacking. Market-based economic policies can unleash the domestic entrepreneurial spirit that has been suppressed during decades of top-down authoritarianism. Ethiopia’s strategic location, natural resources, and youthful workforce can be harnessed to create a booming economy, if the government can guarantee stability and fairness. The doom and gloom future the country currently faces can be repainted as a success story, if we have the will, courage, and determination.

The upcoming election is the best first step on the journey to shape an Ethiopian success story. Can the government and all politicians rise above petty, short-term, self-serving political objectives and really let the people elect their representatives? Yes, they can. But, will they? We can only hope. If they do, I am confident that true people’s representatives can prepare the ground for a successful Ethiopia. No matter how diverse and conflicting the views may be, people of good will can create the national consensus needed to avert crisis and shape a better future for all.

Challa is a Civil Engineering professional and graduate from Addis Ababa University. He has no political aspirations, but cares about Ethiopia and likes to stay engaged and share his views. Follow him on Twitter and Facebook @chaldems