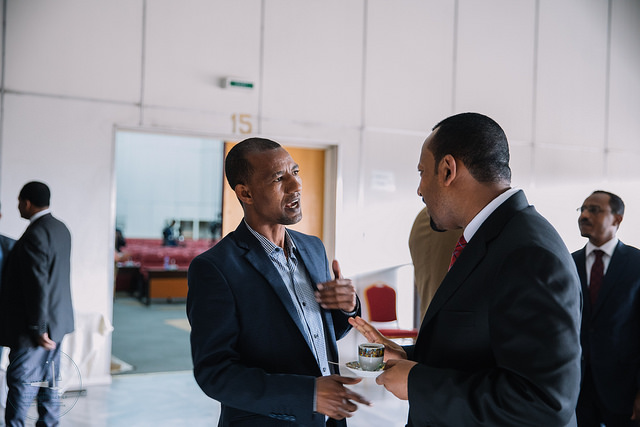 As all options are unconstitutional, an inclusive transitional administration is the best way through the crisis to elections

Election postponement in Ethiopia due to COVID-19 has raised critical constitutional questions as polls will not be held before the government’s term expires on 5 October.

Ethiopia faces two unpalatable scenarios: a state with no government, or unconstitutional government.

In the absence of constitutional remedy, political dialogue remains the only peaceful avenue for resolution. Given internal polarizations and external challenges, a short period of transitional government is therefore the least bad option.

However, on 29 April, the incumbent proposed four options—none of which were a transitional government.

This parliament was elected in May 2015 and its term of office ends on 5 October. Except stating there will be elections every five years, the constitution does not explicitly provide for postponement. The constitution does however prohibit assuming state power in any manner other than elections. Thus, the incumbent staying in office after its term ends will not be constitutional.

If there is a force majeure that prevents election, the way forward should be decided by an independent organ with the consent and participation of competing parties. The government, when it comes to elections, is an actor, and so should not be the sole decision-maker.

This crisis also comes at a precarious time for the transition with the incumbent already struggling to meet the expectations of the population. More and more questions will arise as to the legitimacy of office holders if they unconstitutionally extends their own terms, even with a state of emergency in place.

None of the government’s four options swerve deep potholes:

An Article 60 dissolution of the parliament cannot be justified to extend term limits beyond the constitutional period. The crisis confronting us is not how to form a coalition government; it is finding legal options to legitimize election postponement in the absence of constitutional provisions.

Even if a new government was established, it would be a caretaker that does nothing beyond conducting the day-to-day affairs of state including organizing new elections. Establishing a caretaker is not only unconstitutional but also practically not the right decision while the country faces stark internal and external challenges.

The pandemic justifies the State of Emergency in place until the end of August. But the emergency should not be extended if the pandemic does not justify. In this case, a State of Emergency (SOE) is anticipated by the government to provide legal backing to the election postponement. But delaying polls is not one of the constitutional grounds to declare an emergency; and unlike some states (e.g. India, Estonia, Cameroon), the Ethiopian constitution does not have any provisions to justify postponement in the event of an SOE.

This constitutional lacuna cannot be mitigated by an emergency. After all, it is impossible to hold a satisfactory election while the rights to movement and assembly, among others, are limited during an SOE. A prolonged emergency also has  consequences in terms of constricting fundamental human rights and freedoms.

The incumbent’s decision to seek constitutional interpretation raises questions about the neutrality of the interpreter and the specific provisions to be considered.

Holistic understanding of the constitution and interpretation by a legitimate body could assist constitutionalism. However, the ruling Prosperity Party listed only three articles— the election of MPs, their terms, and SOE—to be interpreted by the House of Federation. But, as the meaning of a particular word or phrase may be found in other words and phrases in the same provision, or in other provisions of a constitution, interpretation requires provisions to be construed as a whole.

Parliament’s identification of only three provisions to be interpreted raises concerns about the process. For example, Article 45, which requires the establishment of only a “parliamentarian” form of government, should be considered, as it is relevant to the call for a transitional government. It was also a unilateral decision by parliament to seek interpretation without sufficiently consulting competing political parties, who are primary actors in the election.

The neutrality of the interpreter has been contentious since the promulgation of the constitution in 1995, as there is no independent adjudication. The constitution rather empowers the House of Federation, a political organ controlled by a single party, to interpret. But interpreting the constitution to decide on the fate of parliament’s means the upper house is judge of its own fate. This erodes the process’s credibility.

Although constitutional amendment is considered by legal experts as an indisputable remedy, there are unanswered questions regarding its feasibility during an SOE and the current political situation. Given Ethiopia is under a State of Emergency to contain the spread of COVID-19, the constitution requirement for public discussion of amendment is tricky.

Additionally, though only six out of nine regional state councils’ approval is needed, some like Tigray will outright reject amending the constitution. Even some MPs, from Tigray and elsewhere, rejected amendment.

To protect the spirit of the constitution from short-sighted or partisan amendments, the federal government should refrain from amendment during an emergency when public engagement is limited. It would also be illegitimate if the government decides to amend the constitution as all parliaments other than Tigray’s are monopolized by a single party whose members were elected undemocratically (moreover, the same can be said about Tigray’s representatives).

Amending the constitution would therefore be a move to extend the term limit of a single illegitimate party. That is only likely to lead to more problems.

Transition for a transition

While the constitutional quandary is central, it is the government’s reticence to concede its political and legal limitations, and failure to negotiate with opposition parties on election deferment, that has led to an intractable problem. The destabilizing effect of a failure to tackle the current crisis will only contribute to further deterioration of an already unstable transition in Ethiopia.

Although it’s far from perfect—and still unconstitutional—a broad-based transitional government to lead the country through the pandemic and to elections is the best of a bunch of bad options.

The key challenge of such an arrangement would be the lack of trust between opposition parties and an inability to balance their ideological polarisation on the legitimacy of the constitution and ethnic federalism. For example, while the Oromo opposition and Tigray People’s Liberation Front are among those committed to the current federal arrangement, the National Movement for Amhara and Ezema cast the system as discriminatory and divisive and want the founding document revised.

Because of the democratic imperative, and due to these opposition fragilities and limitations, the transitional government must be limited. It should last only between the end of this parliament’s term, 5 October, and the next election; and that election would be held immediately after the pandemic has sufficiently subsided, with a shorter period of preparation than recently proposed by the electoral board.

There would be a mechanism for the opposition to have a consultative role for their views on key national issues to be considered, but the overall arrangement would still see the incumbent running the most important state institutions in order to ensure government continuity.