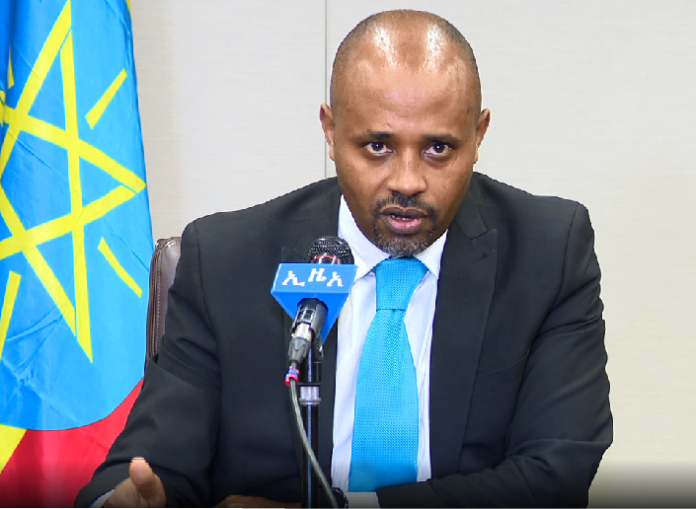 The Expression of Interest (EOI) process, facilitated by the International Finance Corporation, the World Bank’s private lending arm, as a transaction advisor, will shortlist qualified potential buyers. The government will then, within a month of the final submission date of 22 June, issue a Request for Quotations in a competitive bidding process.

The country is also selling a minority stake in the current monopoly operator, state-owned Ethio Telecom, which may end up being a runner’s up prize for a losing license bidder.

New regulator, the Ethiopian Communication Authority (ECA), only issued the first set of draft directives last month but several international operators have been following the process ever since Prime Minister Abiy Ahmed announced the reform in August of 2018, a process earlier approved by the then ruling Ethiopian People’s Revolutionary Democratic Front (EPRDF).

With the support of the World Bank, the Finance Ministry crafted a communications service proclamation which created the ECA—the regulator in charge of telecommunication and postal services—in September 2019. The government committed to establishing an autonomous telecoms regulator was part of the World Bank’s 2018 $1.2 billion Growth and Competitiveness Program.

On 27 April, the ECA released three draft directives, giving investors the first concrete document on procedure for issuance of new licenses. These were the Telecommunications Licencing Directive, the Consumer Rights and Protective Directive and the Dispute Resolution Directive. There will be a total of twelve directives that address Quality of Service (QoS), Numbering, Interconnection, Infrastructure Sharing and Collocation, Telecommunications Rights of Way, and Universal Access obligation framework. Six of these will be used to regulate service operators.

From Meles' 'Dead End' to Abiy's 'New Horizon'
After authoritarian development hit the rocks, Ethiopia needs a concerted democratic approach to escaping poverty. But freedom has its own constraints.

Ethiopia will issue two spectrum permits that are valid for 15 years. They give operators license to provide services including voice, text, data and video, and no other licenses will be on offer for an as yet unspecified grace period. Meanwhile ‘class licence holders’ can only offer a single telecommunication service in infrastructure, value-added services, or virtual internet/hosting services, and any other undertaking the ECA deems appropriate.

Ethiopia’s intention to issue licenses by March was, according to a potential bidder, delayed by election plans, and the government later postponed again because of the coronavirus pandemic. The licensing process will have two phases after the EOI. Shortlisted bidders will be asked to submit Requests for Qualifications (RFQ). Those who meet the qualifications will be asked to submit a Request for Proposals (RFP).

The government has not set a timeline for the license issuance date. Some analysts oppose the hurried process and call for it to be put on hold, especially given the COVID-19 pandemic. The argument in Addis Fortune newspaper is that “it is unlikely the government will receive prime bids for what might be called the ‘crown prince’ of its portfolio.”

However, the Finance Ministry team spearheading the offer believes this is the perfect window of opportunity to attract cash-rich operators in a global market offering diminished investment opportunities. Top-class telecom operators that can bring rapid growth and a modern and affordable telecom services are the targets for the Ethiopian authorities.

The sale of spectrum licences could be done as an auction or a combination of an auction and a comparative assessment; each license may fetch Ethiopia between $500 million to $3 billion, according to wide-ranging estimates by banks.

These are some of the telecom companies interested in the Ethiopian market:

Others state and listed companies from China and Saudi Arabia have also shown interest in grabbing the licenses. Ethiopia is hoping for a bidding war.

Although a COVID-induced downturn is now underway, Ethiopia has been one of the fastest-growing economies in Africa, according to official data. But its telecom sector has been lagging behind on digital adoption due to lack of innovation in the sector, absence of clear regulatory policy for investment, and no strong private sector players.

This is partly due to the EPRDF’s prioritization of extending basic telecoms services nationwide and government attachment to the rents earned by the monopoly. But it is also due to the state’s history of maintaining strict control over Internet and mobile technologies so it can limit the type of information that is being communicated and accessed, according to a 2014 Human Rights Watch report. In 2019, Ethiopia had the second most internet shutdowns in Africa, according to advocacy group Access Now, and they continued into 2020 in western Oromia, even after the pandemic arrived.

Omo investors won't scrub away Kuraz's sugary stain
Private sugar investors are set to face the same challenges and dilemmas in the Lower Omo as the EPRDF's fallacious planners.

Constrained by a chronic foreign currency shortage and rising debt repayments amid goods’ export stagnation, Ethiopia is signaling to the international community that it is open for business by modernizing not just the telecom sector but much of the economy in what the administration calls the “Homegrown Economic Reform”. This helped convince the IMF to approve a $2.9 billion loan to Ethiopia, around 700 percent of its quota, which will mostly go to the central bank to support gradual financial liberalization.

The government has passed a new law that would make it easier to get land for public projects; a key challenge even for a large state enterprise like Ethio Telecom. In Ethiopia’s federal system, responsibility for land-leasing lies with semi-autonomous regional governments.

For companies operating in the telecommunication sector, a range of investment opportunities are in place to attract foreign investment: the capital expended on licenses will be tax deductible, there will be zero excise duty, and operational losses during the exemption period can be carried forward for up to five years. However, there will also be a requirement to commit to fair tariffs, achieving universal accessibility, and also attaining a certain connectivity percentage.

Despite the imminent end to the state monopoly, this is, however, not the first time Ethiopia’s telecommunication industry has had international participation in recent years.

France Telecom-Orange (now Orange) signed a management deal with Ethio Telecom in December 2010 that ended somewhat acrimoniously in 2013.The majority of the infrastructure had been built by Chinese ZTE and Huawei, who developed eight of the country’s geographic telecom zones, including the capital Addis Ababa. Ericsson developed the remaining three zones after the government expressed displeasure at ZTE’s performance.

Ethiopia has privatized many state-owned enterprises, including to foreign investors, in the past two and a half decades since the Public Enterprise Proclamation of 1992 was approved a year after a national socialist military regime was overthrown. Responsibility for privatization has since shifted through different authorities and ministries to now end up at the Ministry of Finance and Economic Cooperation and under the close supervision of the Prime Minister’s Office

Galloping ahead in Ethiopia
The country is caught in a dystopian nightmare, an explosive cocktail of the 19th century and an Abyssinian Blade Runner.

Since 1994, privatizations of state assets has earned the government billions of birr from the sale of over 1,000 entities. Between 1994-2004, Ethiopia generated over $400 million from these sales. Hotels, state farms, manufacturing and mining enterprises have been privatized, selling either minority or majority stakes, with Mohamed Al Amoudi’s Midroc conglomerate a prominent player. The telecoms sector, like the banking sector, had been off the table for a long time as the Marxist-Leninist-influenced EPRDF saw it as part of the economy’s ‘commanding heights’ that should remain in public hands. But privatization is necessary to remain competitive, according to the new breed of Finance Ministry officials that are in the ascendancy under Abiy.

The list of SOEs considered for sale includes sugar factory enterprises and possibly the Addis-Djibouti railway, in addition to Ethio Telecom and Ethiopian Airlines, although the government does not appear to be prioritizing the latter. Ethiopian Shipping and Logistics Enterprise, the Commercial Bank of Ethiopia and Ethiopian Electric Power are all under consideration too, but decisions will be reassessed as conditions and interests shift.

“For Ethiopian Airlines, it is a capital issue. Do you think Ethiopian Airlines wouldn’t want to buy an extra 100 planes if they could? How do you enable it? We haven’t started the Ethiopian Airlines privatization but we are extending the intellectual discussion,” a top official at the Finance Ministry said. Despite this rationale, Ethiopia has, for now, shelved the idea of part-privatizing the airline.

Ethiopia's privatization bonanza. Why selling the crown jewels is (mostly) smart, and how to do it
There are sound reasons to seek strategic partners for Ethiopian Airlines.

Instead, next up is Ethio Telecom, with a minority 40 percent stake for sale, and another five percent reserved for the public. This process is closely connected to the sector’s liberalization. “We are letting two operators come in with the backing of every bank in the entire world, then you have a state-owned entity that cannot access foreign currency, they are going to beat it left, right and center. How do you balance the dynamic? By partially privatizing,” said the Finance Ministry official.

Ethio Telecom has been divided into two separate entities for accounting purposes: infrastructure and service. With more than 45 million subscribers, the company has one of the highest customer bases in the region and also owns its infrastructure. Revenues for the first half of this financial year beginning 1 July were 22 billion birr ($648 million).

The government hired management consultants KPMG late last year to carry out an asset-valuation of the company, which is under review by the enterprise’s board. Ethio Telecom’s workforce has ballooned back to about 20,000 (with an additional 16,000 on contract) from 8,600 in 2013; Orange cut 4,000 employees during its management contract..

Other licenses that will be up for bidding will include infrastructure providers, an area that needs investment. Companies including the American Tower Company, Helios Towers and IHS Towers have shown interest in investing in Ethiopia. Ethiopia needs to upgrade its fibre backbone and requires as many as 15,000 new cellphone towers. The country currently has less than 8,000 towers owned and operated by Ethio Telecom, most of which do not have capacity for use by more than one operator.

Samuel is an Ethiopia-based journalist covering business and politics in Eastern Africa.