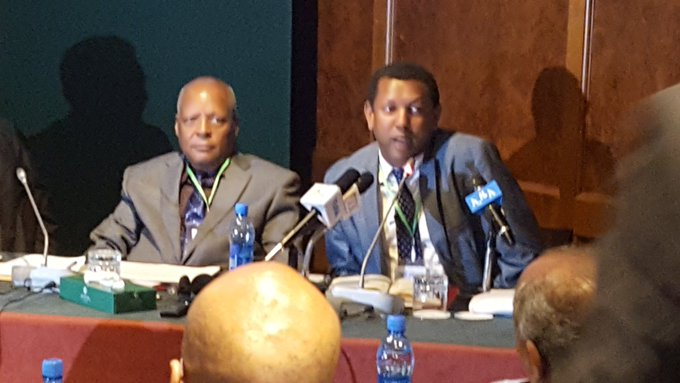 Rather than unilateral legal ploys, Ethiopia need a solution that provides for a minimum two-year transitional period and places constraints on the government

It is open season for constitutional interpretation in Ethiopia. So much so that recently Lidetu Ayalew declared that you do not have to be a lawyer to interpret controversial provisions—for him it was enough to be able to read.

I felt Ronald Dworkin and many other great jurists and hermeneutics turning in their graves. Michael Devitt, an Australian philosopher said, “When someone starts talking about ‘interpretation’, reach for your gun.”

These are questions that are relevant to the—so-called—constitutional crisis Ethiopia faces.

At the end of March, the National Electoral Board of Ethiopia (NEBE) said it could not conduct the elections on 29 August. The reason was COVID-19. On 8 April, the House of Peoples’ Representatives declared a peacetime state of emergency (SOE) for five months to 8 September. Under the constitution, the government’s term ends on 5 October. Even if the COVID crisis does not necessitate extending the state of emergency, preparing an election in one month would be impossible.

So, the dilemma is clear: if you follow the constitution, and legitimately impose an SOE for one of the reasons enumerated in it, the election cannot be held as scheduled. If the election is not held, this contravenes Article 58(3): limiting the term of the government to five years.

To resolve this, the incumbent tabled four proposals: dissolving parliament in accordance with Article 60, while the current administration continues as a caretaker until elections within six months; extending the state of emergency and prolonging the government’s term; provide constitutional amendments (Articles 104 and 105) to resolve the issue; or refer the issue to the House of Federation for interpretation.

The ensuing debate was intense.

Five political parties issued a statement stating that the incumbent must not stay even for a single day beyond its mandate of five years; leading opposition figures, including Jawar Mohammed and Lidetu, claim the government would have no legitimacy beyond 5 October. Instead, they proposed an extra constitutional alternative: a transitional government to include all political parties registered to partake in the election.

The Tigray People’s Liberation Front (TPLF) issued a statement rejecting the government’s proposal, and declared that it would hold an election in Tigray as previously scheduled; a move that would put the TPLF on a collision course with the federal government. Other parties have come up with alternatives. For example, EZEMA has called for a constitutional amendment to extend the incumbent’s term, suggesting a one-year period as reasonable.

None of the opposition parties, except TPLF, really questioned the COVID-19 crisis as justification for election postponement.  Elections require lots of physical interaction, and, most importantly, involve campaign meetings and rallies. This landmark election will doubtless spark huge enthusiasm, rallies, and turnout. With COVID-19, this would not be possible. The option of using alternative campaign methods— social and print media, TV, radio etc—in Ethiopia is also hardly possible.

Therefore, any argument that COVID-19 is not a justification for postponing the election is hard to stand up.

Consequently, the government—correctly in my opinion—adopted the fourth proposal: to refer the issue to the Council of Constitutional Inquiry and the House of Federation. The other proposals were in fact either unconstitutional (specifically using a state of emergency to manage the election delay) or politically untenable because of fundamental opposition disagreement.

Most legal systems give interpreting power to general courts or a dedicated constitutional court. The Ethiopian constitution is unique in that it gives the power to the Council of Constitutional Inquiry (CCI) and the House of Federation (HoF). Two specific provisions, Articles 84(1) and 84(2), makes it clear that that the power of the HoF is not limited to specific cases; and subsequent legislation underlines it: “constitutional interpretation on any unjusticiable matter may be submitted to the Council by one-third or more members of the federal or state councils or by federal or state executive organs”.

In this instance, the CCI is not asked to give an advisory opinion on an abstract constitutional question. It is being asked to rule on a serious constitutional conundrum of great consequence to resolve an impending crisis.

Posed this way, the answer is straightforward. If as a result of taking a constitutionally mandated act (e.g. an SOE), the election cannot be held, this should by necessity extend the government’s term. The government can assume power only through election. If there is no election, there can be no legal transfer of power. If there is no transfer of power, then the most reasonable interpretation is that the incumbent’s term should be extended for a limited period. The term extension flows from the postponement. It is the result of—not the purpose of—imposing the SOE.

A legal solution for a constitutional conundrum cannot, however, be considered in isolation. It also needs an accompanying political process. Recent events have made it clear that the fundamental cause of the crisis is not constitutional but political. There is a huge gap between the way political parties, and people, of varying ethnicity and ideology, view the government.

For those who have lost confidence in the Abiy’s administration, it doesn’t matter what the constitution says. Their aim is to try and end the government’s monopoly of political power, as well as position effectively for the upcoming election; they are therefore demanding power sharing or a transitional government. Similarly, those who are supporters of the regime, don’t care what the constitution says. They want to take the opportunity to extend the regime’s term.

In between there are academics and others genuinely taking a stand on the basis of their reading of the constitution. What drives most, however, is not legal interpretation, but politics. Unfortunately, for those who want to share power, the constitution provides no support. As a result, they are looking at extra-constitutional options.

But even if there was any agreement to seek a solution outside the constitution, a proposal for a transitional government would be fraught with problems. Primary among them is that deep enmity and disagreement that exists between political factions means it would be very difficult for them to form a viable government.

Ethiopian politicians should agree a transition period, and use it wisely
By Olaana Abbaaxiiqi

What we need is a solution that can provide a transitional period as well as put limitations on the government.

Recent events demonstrate the need for a transition of at least two years focused on preparing for elections. This is indispensable to hold a successful contested post-conflict election. The government’s use of state machinery, media, and security forces to bolster the ruling party and constrain the opposition have shown that unless mitigating action is taken, it cannot conduct a free and fair poll.

During the transitional period, a consultative body to advise the government on election issues, should be formed out of opposition parties, after a bout of negotiation to decide on its composition. The government, in consultation with this body, should create an independent entity to control the state media; reconstitute the election board to assuage opposition complaints; approve any legislation, directives and regulations related to the election; and revise a written code of campaign ethics for candidates and political organizations, as well as a code of professional conduct and ethics for party members, employees and volunteers. Independent election monitors should be identified and trained in integrity, transparency, and fairness.

As I’ve written, Ethiopia had just emerged out of conflict—holding election too soon is dangerous because it can trigger renewed violence. In polarized societies with heightened social mistrust and weak democratic and security institutions, conducting elections too quickly after conflict is counterproductive. A transition is a necessity.

The government might use the constitution to prevent even this minimum transitional arrangement preparing the ground for a competitive election. If the fragmented opposition cannot come together on these issues, the major political organizations should at least agree that there must be a level playing field. Without that, the next election will be no different from the past two polls. While the opposition may lack leverage, unless their suggestions are taken on board by the government, the upcoming election will not receive the legitimacy the incumbent desires.

The key dynamic here is that COVID-19 has given us an opportunity to rethink our approach. It offers a renewed chance for an election that could finally lead to democratic consolidation. We must grasp it rather than waste it.

Olaana is a lawyer who writes on Ethiopian and Oromo issues. He lives in the U.S. and uses a pen name for work-related reasons.