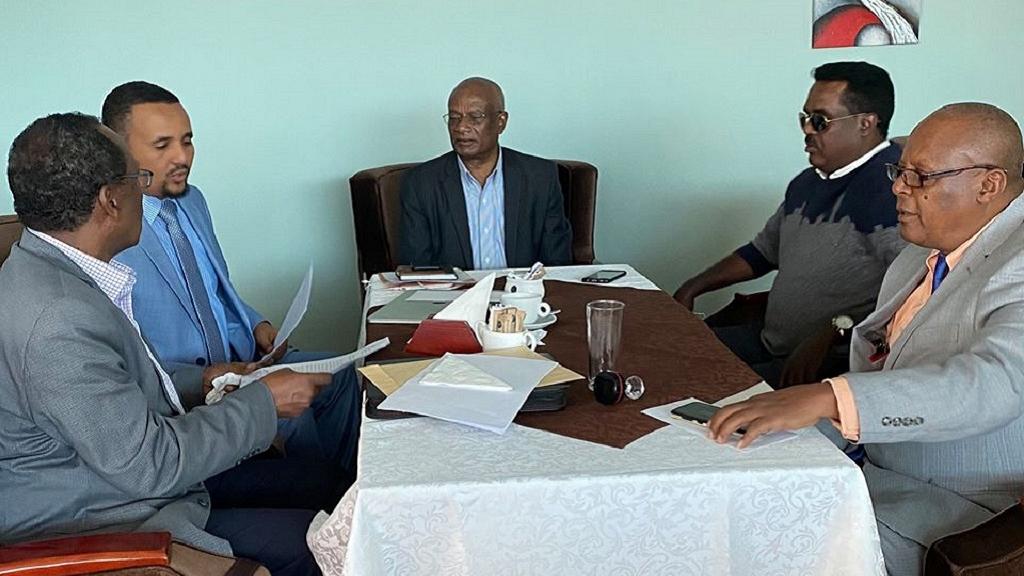 Despite the weak legal reasoning, there is no justification for disobeying the House of Federation decision to extend the incumbent governments’ terms

Due to the pandemic and delayed election, the House of Federation was asked to address two seismic questions to deal with Ethiopia’s constitutional conundrum:

The Council of Constitutional Inquiry deals with preliminary matters relating to its jurisdiction and the standing of the House of Peoples’ Representatives to refer the case to it for constitutional interpretation before it considers these two issues. The CCI ruled that the HoPR referral to it the light of Articles 54 (1), 58(3) and 93 of the constitution is in accordance with the law and that it has jurisdiction over the case.

It then recommended that the incumbent governments both at federal and state levels continue to run their respective jurisdictions. And that the postponed election be conducted between nine and 12 months after the pandemic is under control. The HoF endorsed the recommendation and adopted it as its own decision.

Predictably, many political parties denounced the move as  “illegal” and “unconstitutional” and some warned it could trigger protests and boycotts. No doubt this decision will be subject to more rigorous and in-depth scrutiny.

But despite these and other shortcomings, the constitution requires us all to obey it.

One of the preliminary issues that the CCI has addressed is whether or not the HoPR’s referral of the matter to the HoF is in accordance with the law. As the CCI has rightly referred to, the law that regulates the procedure through which cases can be brought to it is CCI Proclamation No 798/2013. Myself and others argued that it is Article 3(2) (c) of the Proclamation that deals with instances where state organs including the HoPR can directly refer a case to CCI/HoF for constitutional interpretation.

As per this provision, where the “issue of constitutional interpretation to be submitted to the Council in accordance with sub-article (1) of this Article” is not justiciable, it “may be submitted to the Council [CCI] by one-third or more members of the federal or state councils or by federal or state executive organs.”  Article 3(1) that this provision cross refers relates to examining the constitutionality of “any law, customary practice or decision of government organ or decision of government official.”

Because this provision is applicable where constitutionality of a legislation or customary practice or decision of government organ is in question, the case at hand, which does not involve any of this, is outside of the scope of this provision.

However, the CCI invoked Article 3(2) (c) and justified the referral from HoPR as being in accordance with the law. Since the case referred to the CCI/HoF has nothing to do with constitutionality of any of the aforementioned, the CCI’s argument to rule in favor of HoPR’s referral rests on a shaky argument.

There has not been serious question relating to the postponement of the election (at least at federal level and in all the regions except Tigray) and that it indeed has already been postponed by the decision of the HoPR. The central question, over which there is a serious disagreement, relates to how to fill the power vacuum that would result from expiry of the terms of the incumbent governments.

However, the constitutional experts told the CCI that while the constitution recognizes election as the ordinary way of assuming state power and that it does not allow power vacuum, in cases where election cannot be held on extraordinary grounds, such as due to COVID 19, it is open to different types of alternatives of filling the vacuum, including the ones proposed by the opposition and the government.

Thus, it is the decision that the incumbent shall continue to be in power pending the election that would have called for a very strong argument and reasoning. Because by making this decision, the CCI/HoF are preferring this form of filling the vacuum to other equally constitutionally acceptable alternatives.

This requires that they analyze the principles and provisions of the constitution and show us how the constitution prefers the extension of term of the incumbent government to the other alternatives. However, no semblance of reasoning is provided in the recommendation. The CCI/HOF simply infers extension of the terms of the incumbent from the postponement of the election—and it does so with no explanation.

Law of the land

Regardless, even those who think the HoF’s decision is wrong—like me—should respect it. While one may disagree with the decision, we all have a duty to abstain from resistance to the supreme law of the land as interpreted by the HoF.

Article 9 provides for the supremacy of the constitution and its manifestations. Article 9 (2) stipulates “[a]ll citizens, organs of state, political organizations, other associations as well as their officials have the duty to ensure observance of the constitution and to obey it.” Thus, Article 9(1) denounces any conduct contrary to the constitution, stating that “any law, customary practice or a decision of an organ of state or a public official which contravenes this Constitution shall be of no effect.”

By requiring us all to “obey”, the constitution demands that we respect it, not only where it is compatible with what we think is right or where we are persuaded by the values it enshrines, but all the time and in its totality. Our duty to respect the constitution is therefore absolute.

For example, the secession clause of the constitution is one of its most controversial sections. However, the fact that a significant part of the public does not support it does not make it any less binding on them. Indeed, as Alexander and Schauer have noted in On Extrajudicial Interpretation,  the requirement of obedience is more relevant “when we contemplate following directives we think mistaken, or directives that would either have us do what we would otherwise not do or refrain from doing what we would otherwise do.”

The HoF’s role in interpreting the constitution is particularly important where different parties understand its meaning differently. A case in point is the matter the HoF has just decided. During the debate, all sorts of people had an opinion about the intent of the constitution. But Article 62 (1) is clear. It gives the HoF the final say in determining the meaning of the constitution.

Article 11(1) of the Consolidation of the House of the Federation and the Definition of its Powers and Responsibilities Proclamation No. 251/2001 confirms this power. So, the HoF’s decision is not only binding in this particular case, it sets a precedent for any similar constitutional matters that may arise in the future.

It follows that since the HoF has declared the position of the constitution on the matter, all parties are required to accept it. In the words of John Arthur, constitutional texts bind us as interpreted by the HoF. Former Chief Justice of the United States, Charles Evans Hughes, captured the essence of the relationship between the U.S. constitution and the meaning attributed to it by its authoritative interpreter when he famously pronounced  “[w]e live under a Constitution, but the Constitution is what the judges say it is.”

Because the HoF has exclusive power in this realm, once it seizes the matter as falling within its competence, there should be no confusion as to the validity of its decision.

As noted above, the term ‘obey’ under Article 9(2) indicates that the Constitution requires everyone to show obedience to it irrespective of one’s agreement with it. This applies to constitutional interpretation by the HoF as well. In Reasons, Authority, and the Meaning of “Obey”: Further Thoughts on Raz and Obedience to Law, Donald H. Regan has rightly indicated that “to obey is to accept the decision of another as authoritative even when we disagree with its substance.”

So, while the decision of the HoF might have its own shortcomings, the constitution is what the upper chamber says it is, and their decision is final. Yet despite the constitution’s unequivocal delegation of authority to the HoF, we are seeing worrisome signs of defiance.

The speaker of the HoF, also a top official in TPLF, resigned from her position in apparent protest against the postponement of elections.  The two main Oromo opposition parties have explicitly rejected the decision, describing it as “illegal” and “unconstitutional” and warning it might lead to a “large-scale mass uprisings which could transform into violence”. The Tigray Regional Council has decided to go ahead with the regional election in clear defiance of the decision of the HOF.

It is worth remembering here that while the duty to obey under Article 9 of the constitution does not require approval of the decision of the HoF, nor does it deny the right to dissent, it does, as noted above, impose a duty to abstain from resistance to the supreme law of the land, which in this case is declared by the HOF. This provision bars active defiance of the constitution as interpreted.

When the time comes, as it surely will when the pandemic abates, opposition parties could make this an issue during their election campaign, showing voters how the ruling party abused the constitutional interpretation mechanism to get its term extended. If they can make a convincing case, this would diminish trust in the ruling party and could result in a very significant gain for the opposition.

Meanwhile, though obedience is required, it must be said that the HoF’s decision is outrageous because it lacks even the appearance of impartiality. Many constitutional law scholars have addressed the problematic nature of empowering the HoF to interpret the constitution. This example is concrete evidence that this is a valid concern. The constitution should be amended to take away the HoF’s power of interpretation, and another less blatantly partisan mechanism should be established for other cases that might arise in the future.

One of the core concerns that both politicians and independent scholars raise in relation to settling the matter through constitutional interpretation is lack of impartiality on the part of the HoF. Many constitutional law scholars have already addressed the problematic nature of empowering the HOF to interpret the constitution.

This case can be used as a concrete empirical evidence to show that this is a valid concern. This in turn can be used to support an argument for amendment of the Constitution so that the power to interpret the constitution can be taken away from the HoF and given to the ordinary or a constitutional court.

In the meantime, constitutional lawyers should analyse the HOF’s decision in an effort to pinpoint the shortcomings of the process so the involved institutions can learn from their mistakes.

In the end, the HoF’s decision will be judged by history. Even if it were egregiously flawed, the needed corrective should only come over time, according to constitutional mechanisms. For the time being, since the constitution anoints the HoF as its authoritative interpreter, the law is what the HoF says it is, whether we like it or not, and everyone is constitutionally required to obey.

Wondwossen (PhD) is a faculty member at the Addis Ababa University Law School. Contact him at wondwossend@yahoo.com