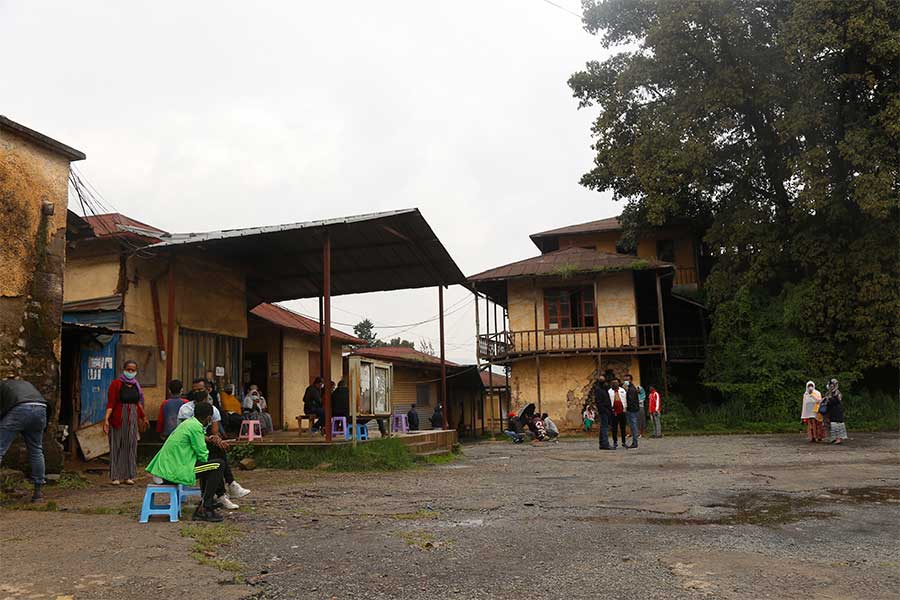 Since the previous sessions, police organized three more investigation teams, according to Tuli Bayessa, a defence lawyer. The number of suspects apprehended in relation to the case of the two leaders, including the 35 arrested on 30 June, has reached 50, and there are 12 case files.

According to The Reporter newspaper, the federal police investigation team stated to the court that Bekele was present when Hachalu’s body was taken and he was calling for violence via phone calls and in person. They said they found seven hand guns inside Bekele’s vehicle, gathered the testimony of 10 suspects and 22 witnesses, and received the test result of electronic items. They stated that it had documentary evidence that shows, as per the suspect’s order, when Hachalu’s body was being taken inside Oromia branch of Prosperity Party one police officer was killed and three others injured by bullets fired by the suspect’s followers.

The police submitted a new 21-page written statement to the court, which shows how the suspect initiated violence. It also stated it has evidence which shows that four fatalities, four grave physical injuries and an estimated seven-million birr worth of property damage occurred in Burayu. The Reporter said that the team had evidence of damage to 166,802,330 birr worth of government property in Addis Ababa.

The Reporter said the police said dispatched 17 investigation teams to Shashemene, Arsi Negele, Batu, Dire Dawa, and other parts of Oromia. Investigators said they had yet to collect documentary evidence, witness testimonies, receive the test result of the seven hand guns recovered, and apprehend more suspects. The police requested another 14 days, however the court granted only eight until today, 4 August.

Transition on trial
By Lule Estifanos

Bekele told the court last week that the prosecution was political and that the police had had enough time to uncover evidence of him inciting violence, according to The Reporter. His attorneys said the allegations are general and their client shouldn’t be suspected of crimes that other might have committed. The police responded they do not create false crimes and that more time was needed as it was an expansive investigation.

Lawyer Tuli told Ethiopia Insight that the all 50 suspects are accused of the four crimes the police have brought forward, including the murder of the police officer, and he doesn’t see how it takes 50 people to kill one person. The police should eliminate and specify who did what and how, he said. The defense believes the police are doing this so that their clients be denied bail: if the investigation specifies the role of every suspect, many of the 50 would have been released on bail by now.

Tuli said that there are also procedural problems. Both Bekele and Jawar haven’t yet given a statement to the police. Also, some of their clients haven’t even been asked by the police if they admit or deny the crimes they are accused of. Others has also been asked unrelated questions about the passwords of Jawar’s social media accounts, and others were accused of hiding documents which belong to Jawar. The police also raised issues not related to the four crimes, with suspects questioned about the comings and goings at Jawar’s residence. Others has also been accused of wiretapping officials’ phones, but none of this is mentioned in documents submitted to the court.

The attorney also described visiting rights issues. Family members of the suspects haven’t been allowed to visit, and some of Jawar’s security detail have even been restricted from receiving clothing and getting medical attention. Hamesa Borena, one of Jawar’s security is diabetic and has high blood pressure, but he was only able to see a doctor after a lot of struggle.

Degene Tafa, one of four leaders of OFC arrested, has been diagnosed with coronavirus and his attorneys haven’t been allowed to communicate with him, even though investigators have interviewed him. The rooms which Jawar and others are being held doesn’t have enough natural light and is cold, and they are being detained in solitary confinement even at the pretrial stage.

Democracy in action amid authoritarian reaction
By Yared Tsegaye

Tuli said a suspect named Shamesadine Taha has been beaten upon arrest so much so he required medical attention. When Shamesadine attempt to see a doctor, a police officer told him he doesn’t need one since he will end up dead. Shamesadine told the Human Rights Commission what happened to him and they asked that he gets to see a doctor. Afterwards he was taken to a hospital and got a prescription, however when he came back the police officer snatched the paper from his hands and tore it apart.

Regarding media access, the defense has been told by the court only four media companies are allowed to attend but they saw other journalists from other outlets. Tuli said neither the court nor the attorney general’s office is deciding on who will attend the sessions, rather the police officers at the gate decide who they let in. Tuli said the court said it hasn’t received a complaint from any media and the sessions are open for all outlets.

Jawar had his third pretrial hearing on 29 July. Ethiopian News Agency reported that they found illegal satellite equipment that was used to tap phone calls. The police said that the suspect has transmitted a message through Oromia Media Network which initiated ethnic clashes. The police said it gathered evidence which shows the suspect has organized an armed group and gave addresses of individuals with the intent to have them assassinated by the group. It has also told the court that the suspect had an intention of holding Hachalu’s body in Addis Ababa for 10 days to cause more chaos.

The suspect’s attorneys said the investigation didn’t bring anything new since the last hearing, hence they asked the court to respect human rights of their client and release him on bail. Jawar told the court that the process has been infiltrated by politics. He said the weapons found on the hands of his security details are licensed firearms and the electronics items has been imported legally and went through customs. The suspect and his attorneys said the media covering the proceeding are government-owned only and requested that all media be granted access.

Investigation told the court that if the suspect was bailed, he could interfere with witnesses and other evidence that is yet to be gathered. After hearing both sides, the court gave 12 more days for the investigation with the next hearing on 10 August.