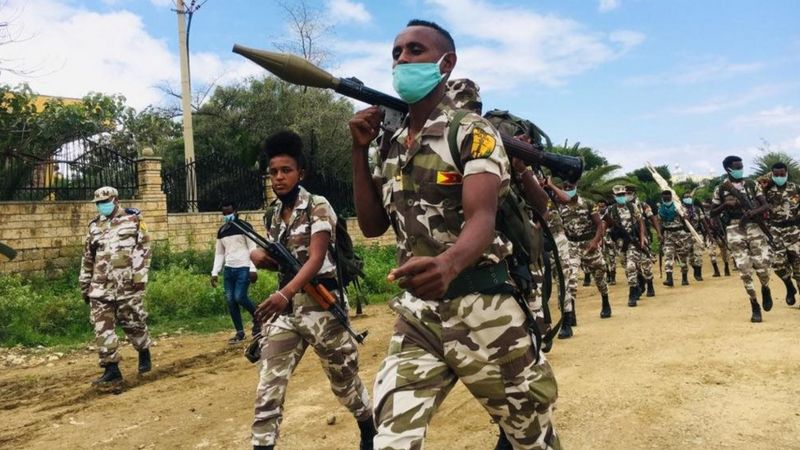 Both the House of Federation and Tigray’s government are acting unconstitutionally. Unless the mutual antagonism ceases, conflict may ensue.

The House of Federation (HoF) in its latest letter addressed to the Tigray Regional State Council demanded the latter to halt what the upper house of parliament called an “unconstitutional process” to hold a regional election. The request came amid preparation by Tigray’s government to run polls for the regional state council before the end of its existing term, which is 10 October.

The letter, as the Speaker of the House explained on the national broadcaster, condemned the decision of the region to hold an election as unconstitutional, a threat to the federal order, and blatant violation of the HoF’s decision to postpone the 29 August 2020 national election. While the major part of the letter was a recommendation to the regional council to halt the “unconstitutional” election process, it also warn that the federal government would take “necessary and proportional measures”, including ordering an intervention to contain acts that endanger the constitutional order.

In its response to the HoF, Tigray State Council blames the new Speaker of the house for acting beyond his power and regarded the HoF’s request to call off the regional election as a transgression of the right to self-determination of the region and its people. Besides, the regional council alleged once again the unconstitutionality in the HoF’s resolution extending the terms of the federal houses and regional councils until the undetermined post-COVID-19 national election.

One of the issues that was not very extensively debated during the process that led to the HoF’s resolution extending the August election was the fate of the regional governments. To my knowledge, only once (during the amicus curie briefing) that the Council of Constitutional Inquiry (CCI) panel had raised the issue, though indirectly, to one of the experts who testified before the CCI. But there the expert addressed the issue indirectly, asserting that the regional councils are also crucial for the continued functioning of the government.

It was the House of Peoples Representative (HoPR) that referred the question of constitutional interpretation due to COVID-19 pandemic to the HoF. The main questions presented to the upper house concerns the fate of the federal government if the national election could not be held due to COVID-19 and the consequent state of emergency. The fate of regional councils was not explicitly mentioned in the question for interpretation. Indeed, the HoPR does not have a mandate to do that.

Under the FDRE Constitution, the power to interpret the constitution is vested in the HoF which is assisted by the CCI. This power evidently pertains to constitutional issues that fall under the jurisdiction of the federal government. The HoF does not have any explicit or implicit power related to regional councils or matters regulated under regional constitutions. It is here that the major fault of the recommendation of the CCI endorsed by the HoF comes out.

In hindsight, both the CCI’s recommendation and the HoF’s decisions concerning regional councils were targeted at recalcitrant regions, specifically Tigray. One can see this given the decision of the Executive Committee of TPLF to hold regional election made one day before the HoPR’s decision to go for a constitutional interpretation. Thus, the HoF’s sweeping resolution was implicitly meant to set aside the procedure under regional constitutions and deny the government in Tigray leeway. But it did not work. Rather, the regional government went extra miles to adopt regional electoral law, setup an election commission, and has almost finalized the preparations for a regional election.

The HoF through the Speaker has reiterated that further measures could be taken if Tigray Regional Council does not abort the election process. The latter, on its part, disregarded the warning. At the extreme, the HoF could suspend the regional government from the House and could also request suspension of the budget and grant to the region. Military intervention by the federal government is unlikely given the probable catastrophic consequences. But it is possible given the precarious relationship between the Tigray and federal governments, and also between Tigray and Amhara regions. In the meantime, given the unconstitutional act of both the HoF and Tigray’s government, they must step back and restrain themselves from further escalatory actions. The government in Tigray should also reconsider the election if the tit-for-tat halts and the two governments are genuinely ready to smooth out their relationship.

Marishet is former lecturer at Wolayta Sodo University School of Law. He is a PhD student at the Graduate Institute of International and Development Studies in Switzerland.