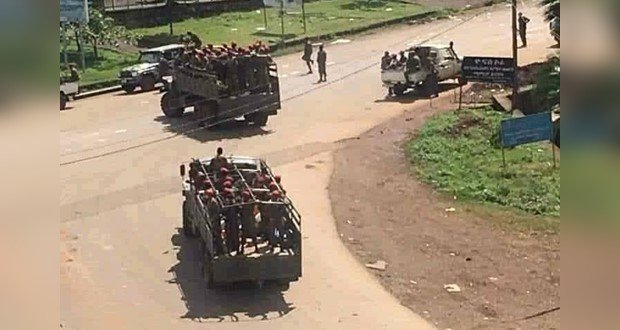 No national question has endured and been as defining to Ethiopia’s tumultuous history as that of the right to self-determination among its diverse peoples. Discontent over unanswered autonomy questions has persisted throughout multiple regimes and continues to feed interethnic rancor and fractious political discourse today.

Currently, 12 of these questions are pending in the country’s southern region, namely Kaffa, Gurage, Bench Maji, Hadiya, Dawro, Wolayta, Gamo, Kembata Tembaro, South Omo, Gofa, Gedeo, and Silte. Inevitably, propelled by Sidama’s rise to statehood, these demands have so far yielded little in the way of substantial support from the government, despite being fully justified by the federal constitution.

The federal and regional governments have conducted three studies in an apparent effort to rationally formulate recommendations for the way forward. An unexpected finding emerged from the first, carried out by a group of academic researchers before Sidama voted almost unanimously for statehood. It found that demands for statehood in the region lacked popular support and that the majority of people had a preference for the existing administrative arrangement. Partly as this finding was disputed by some Southern Nations, Nationalities and People’s Regional State (SNNPRS) representatives, who deemed the study incomprehensive and biased towards the government, another one followed.

This time it was conducted by ‘peace ambassadors’ and came to a similarly unsatisfying conclusion. On the third try—a study jointly carried out by experts and peace ambassadors—a plan was developed to reconfigure the south into four regional states. In protest, Wolayta Zone representatives withdrew from the State Council of the Southern Nations. The federal government has nevertheless proceeded to submit the plan to the House of Federation, which has in turn referred it to a standing committee.

The formation of Ethiopia’s ethno-federal system almost three decades ago, whereby the country was divided into nine regional states, now 10, was formalized in the 1995 constitution that guaranteed the right to regional self-determination including secession. However, the ability to reshape the Ethiopian federation lies with each Nation, Nationality, and People (NNP).

In fact, the constitution specifically provides an official procedure whereby an NNP can receive a referendum once its legislative council has voted for it. This was most recently demonstrated, after some heart-breaking events, when Sidama voted on 20 November 2019 to break away from SNNPRS to, eventually, become the federation’s tenth semi-autonomous state.

Given the existing legal provisions—which are purely a process of self-determination, with no higher authority impinging on that right—the government’s approach towards escalating statehood demands in the country’s south appear confoundingly inept. While the dialogue that has been held among ethnic representatives is positive and helps to understand the true desires of the people, they have not been largely successful in managing the demands.

If an NNP is acting in accordance with the legal steps to statehood, outside authorities should refrain from arbitrating or do so in a capacity that minimizes interference. The consequences of failing to do so are clear: the latest bout of unrest over frustrated autonomy demand claimed at least 17 lives in Wolayta Zone just this week.

If the studies outlined above were truly aimed at gauging popular sentiment, the intention was misplaced, as a referendum is constitutionally regarded as the manifestation of the people’s will and is binding. Even a study to check the economic and administrative viability of secession, although these are valid concerns, lacks constitutional foundation.

Gaps in the constitution further complicate how regional statehood questions play out. Besides guaranteeing the right to internal secession for all NNPs, unlike the experience of countries like Nigeria and South Africa, it provides no objective criteria such as population size, economic feasibility, and geographical contiguity that need to be considered when evaluating the practicality of a given statehood question. This oversight leaves the door wide open for inconsistency on the path to regional statehood. Regulating the process, by way of introducing standardized studies of these factors, would require constitutional amendment.

Having said this, reflection on the implications of Ethiopia’s statehood questions on national unity remains pertinent.

National unity is actively and continually molded by all stakeholders—in Ethiopia’s case, the NPPs. In this context, while NPPs should be able to manage their internal affairs autonomously, the key to strengthening cohesion on a national level is incentivizing cooperation between them in areas of common interest, such as trade, security, and infrastructure.

Besides the ability to fully enjoy autonomy, each NNP should have power to decide on common areas of interest. This means the NNPs should enjoy constitutionally guaranteed rights without artificial barriers. When such obstacles are erected, they may feel as if the covenant is being breached, and this would adversely affect the federation’s unity.

Furthermore, how states are demarcated and administered should, in line with the constitutional approach, be decided democratically by the group who raised the statehood question in the first place—rather than imposed top-down. This again highlights the importance of referenda in addressing these questions.

To the same end, the demand of statehood should be used only to benefit the whole of the NNP; not just an elite group that may be motivated by self-interest. On the other hand, impeding such a people-powered process undermines constitutional rights, frustrates the will to invest in a federation, and is therefore detrimental to national unity.

Therefore, the government should take the maximum precaution in handling this situation.

In a nutshell, the aspirations for statehood in Ethiopia should not in and of themselves be considered a threat to the country’s integrity. What determines the federation’s stability is the way in which the procedure to regional autonomy is entertained and how the constitution may be amended in the future to account for the pitfalls it is otherwise prone to.