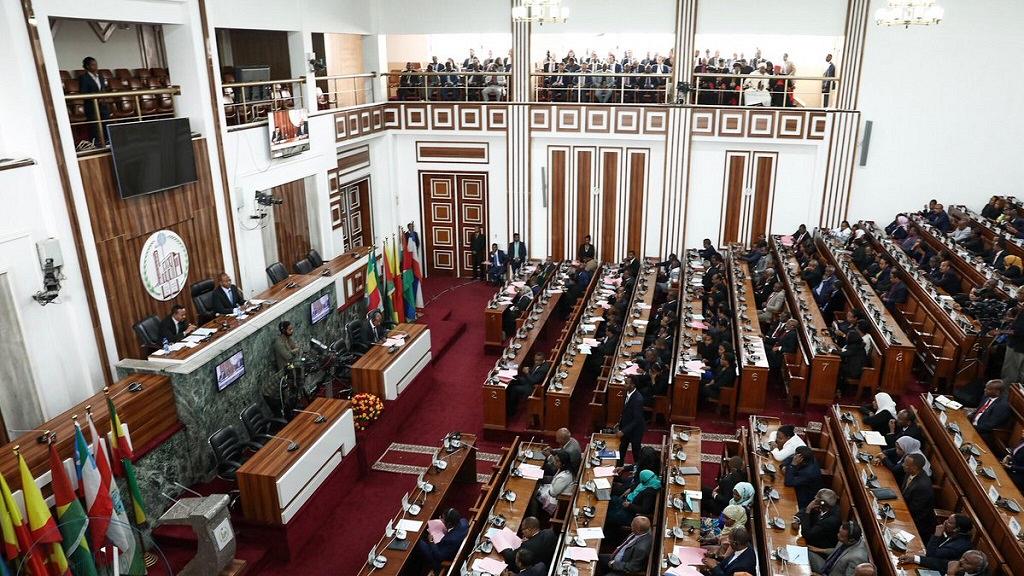 Prime Minister Abiy Ahmed coming to power in April 2018 brought great hope for Ethiopia and its people. However, despite numerous positive changes, the complex and deep-rooted nature of the country’s problems have made his administration’s transition fragile.

With widespread human rights abuses, the government has been criticized for its many fumbles and delays in its response to ethnically and religiously motivated attacks in several parts of Ethiopia. More recently, the killing of Hachalu Hundessa, a famous musician, led to public outcry that was followed by attacks against minorities in Oromia. This led to the killing of more than 200 civilians (some by security forces), the displacement of tens of thousands, and the destruction of numerous properties in some cities.

Albeit not timely enough to prevent the chaos, the government’s response was dramatic. And with the arrests of 9,000 individuals, including some high-level political personalities, as well as the prime suspects for Hachalu’s murder, many are once again contesting the trustworthiness of the government’s investigations and calling for an independent inquiry into violations.

Philosophically speaking, there is a social contract between the government and its citizens, where citizens submit themselves to the state in order for it to safeguard their wellbeing. When their safety is compromised, citizens begin questioning their government’s legitimacy. As such, the government is required to not only provide adequate protection and remedies to those attacked and displaced but to also find sustainable solutions to prevent future incidents.

Most importantly, the victims of ethnically motivated attacks and their families have a right to the truth as they have a right to life, liberty, and the pursuit of happiness. In any society, the government has the responsibility of keeping peace and order, ensuring the rule of law, justice, as well as protecting human rights.This is particularly true when it comes to the right to life, as it is basic to all human rights and its enjoyment is essential for the exercise of all other human rights.

Our ‘protectors’ in blue: Police brutality and misconduct in Ethiopia
By Ayele Woubshet

Unfortunately, as the past three decades have shown us, seldom are perpetrators of ethnically and religiously motivated attacks and other serious crimes brought to justice. Unless the government changes this destructive pattern by conducting a serious investigation and all concerned bodies take the appropriate measures, the fear of many people will continue to be a miserable reality.

As such, the federal government should ensure impartial, independent, and effective investigations into all potentially targeted murders. However, if the government is unable to manage this, it should establish a capable institution that can conduct such an independent investigation.

The UN Human Rights Commission has also called for a prompt, thorough, independent, impartial, and transparent investigation into Hachalu’s death. Furthermore, given that the victims of ethnically and religiously motivated attacks and their families have the right to justice, the truth, and reparations, the Commission has also committed to support the Ethiopian Human Rights Commission’s (EHRC) investigations.

Although a strong and impartial national human rights institution is imperative, the EHRC is in a transition itself, hindering its capacity to fully fulfill its investigatory duties.  Still, the EHRC has recently announced the deployment of a team that will investigate these recent attacks. However, previous experiences have shown that the EHRC has acted as a mouthpiece of the government and defended its human rights record.  Moreover, given that the commission has previously presented general recommendations instead of addressing the specific needs of victims, the government should allow an independent investigation in order to try and promote respect for human rights.

It is also worth noting that the government, on 5 February 2019, has established and appointed members to its Reconciliation Commission. The legislation that established this commission consists of several controversial issues including the boundaries of the commission’s mandate. Although there was great hope that this institution will address ethnic and religious clashes that have occurred in different parts of the country, the commission has done nothing so far to address the country’s deep-rooted problems.

Over the past three decades, continual concerns have been raised about the government’s failure to meet its obligations to investigate violations of the right to life as per international human rights laws that are legally binding on Ethiopia. Therefore, in the wake of such horrible tragedies, the establishment of an Inquiry Commission that is directly accountable to the House of Peoples’ Representatives (HoPR) needs to come into the spotlight. One important measure of success for such an Inquiry Commission will be how effective it is at making changes that help prevent future instances of ethnic and religious attacks.

One justification for such a commission is the lack of trust in the judiciary to be independent from the executive. Thus, if the government would like to restore public trust in the judicial system, something the President of the Supreme Court, Meaza Ashenafi has promised in the past, it is in its interest to set up an independent investigative body.

Secondly, the government has admitted and arrested numerous officials who were allegedly complicit in attacks. Therefore, the government should excuse itself from investigating as it has already admitted that it is part of the problem.

Thirdly, citizens who see the government as part of the problem would be more open to discussing their experiences with an independent body. In turn, this will facilitate the uncovering of the truth, as well as enhance healing.

Fourthly, it is necessary to examine the practices and policies of institutions like policing, coroners, and other government institutions as well as assess those social and economic conditions that perpetuate ethnic and religious attacks in the country. In having such a structural analysis, all perpetrators of ethnically motivated attacks, including government officials, will be held accountable to the law—not just to their bosses.

Finally, as a member of the Council of Ministers, the Federal Attorney General (AG) is a politically nominated and appointed position accountable to the Prime Minister. Therefore, even though it has a legal function, the AG arguably has a primarily political role as there is little separation of the prosecutorial functions of the AG from political accountability and influence. As such, there is a problem with the AG’s impartiality and independence.

Even though such an approach could be seen to undermine the judicial system, the government should demonstrate its commitment to reform and transparency by starting a new norm of setting up independent commissions. This would be in line with the ‘New Ethiopia’ rebranding intention of both the Prime Minister and his administration.

As such, the Inquiry Commission should be established to not only investigate ethnically and religiously motivated violence, but to also examine institutional practices and policies and undertake the research necessary on the root causes of political violence in Ethiopia. Moreover, it would also have an additional role investigating recent high-level assassinations.

The Inquiry Commission needs to address the following key issues: What happened? Why did it happen and who or what is to blame? And, what can be done to prevent this happening again? It will do this by collecting evidence, analyzing documents, and examining witness testimonies. Inquiries then often draw on experts and policy professionals to help them propose sound recommendations.

Both theoretically and practically, the executive branch of government has the direct or indirect support of the parliament in any parliamentarian system. This is particularly true in Ethiopia, as the HoPR is controlled exclusively by a single political party. However, one could argue that an Inquiry Commission would be more legitimate if it is accountable to parliament rather than the executive. Accordingly, the establishment of this Inquiry Commission needs to be proposed to the HoPR.

Additionally, in an effort to promote justice, the government should establish compensation mechanisms as well as restitution for the victims of ethnically and religiously motivated attacks. Most importantly, the investigation team needs to investigate all unsolved targeted attacks where there have been credible allegations of involvement by police or government officials.