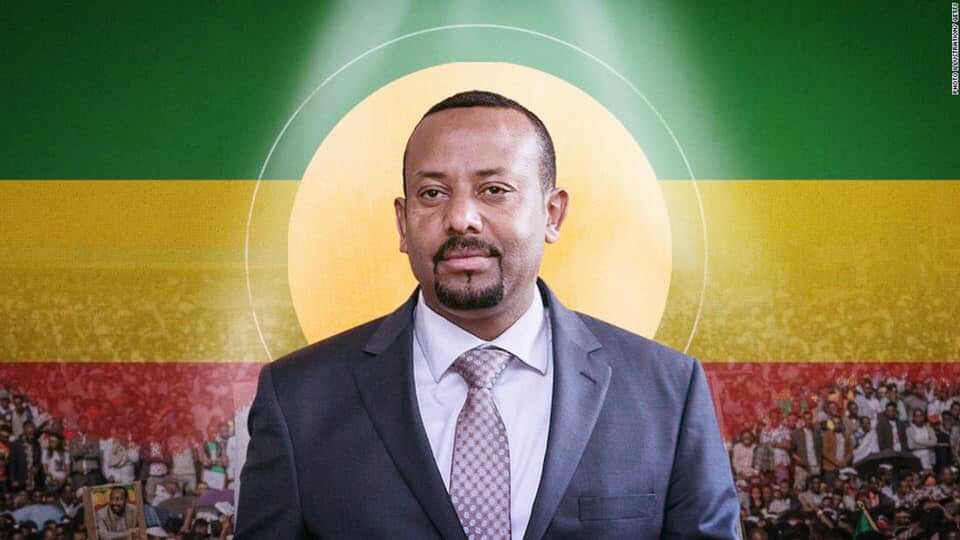 The threat to national integrity comes from those who fantasize about the past, not from those who promote the rights of groups that overcame repression.

On 29 June, activist musician Hachalu Hundessa was murdered, triggering protests and unrest that killed at least 239 people, and a heavy crackdown by security forces that has since seen more than 9,000 people detained and internet services shutdown for almost three weeks.

Hachalu’s place within the collective Oromo consciousness was as a cultural icon and once-in-a-generation performer. He was cherished by millions of Oromo as an artist that captured the melancholy surrounding their struggle for freedom and equality. That very struggle helped bring Prime Minister Abiy Ahmed to power in 2018.

Unsurprisingly, Hachalu’s killing evoked strong sentiments of anger similar to how graphic police brutality recently elicited similar reactions in the U.S. and elsewhere. One tragic result was Oromo mobs targeting ethnic minorities and businesses in the Oromia region. Despite criticisms against the government for its slow response at preventing looming human and economic devastation, a heavy crackdown ensued.

Rather than looking at these unfortunate events as an opportunity to unify a deeply polarized society and instill trust and legitimacy in disregarded law enforcement and judicial institutions, the government chose to exploit the tragedy for political gain.

Hachalu could have been given a dignified memorial worthy of a freedom fighter here in Addis Ababa similar to General Seare Mekonnen, or legendary singer Tilahun Gessese, while still respecting the family’s wish of Ambo as his final resting place. It too could have put its security apparatus on alert to prevent the gruesome violence we have seen in Oromia.

But it instead chose to use the opportunity to settle political scores and aggravate an already tragic situation. It engaged in finger pointing, insinuations, and media campaign to ‘poison the well’ before formal investigations or public debate could even begin.

These same law-enforcement agencies which claim to have uncovered a deep external-internal web of conspiracies against the state have yet to resolve any of the high-profile killings from the last two years.  That being the case, any further lack of transparency and due process is set to erode whatever trust remains in the government and state institutions critical for democracy.

We are at a crossroads facing a multitude of fundamental problems that need meaningful answers. Yet all that the Abiy government can offer is empty slogans and pseudo-profound rhetoric that will set back the quest for a multinational, federal democratic state.

Two years into a high-stakes and high-expectations transition, the jailing of high-profile opposition figures, cracking down on protesters and journalists, mass arrests, mistreatment of prisoners, dubious judicial processes, and a lack of broad national dialogue still persists. For a transition to succeed, you need a government and a democratic process of which elections are not only a minimum requirement, and which are rooted in legitimacy and transparency. None of that is enjoyed by the incumbent.

The misgivings clouding a once-in-a-generation opportunity for a progressive, democratic dispensation are numerous; the government’s heavy-handed response to the unrest in the wake of Hachalu’s death, the documented killings and abuses in Oromia and Amhara, crackdowns on opposition, a looming constitutional and security crisis due to PP-TPLF standoff, the indefinite postponement of elections, and the Abiy government’s unwillingness for dialogue or compromise.

If these events are anything to go by, it is eerily similar to the toxic political climate following the 2005 election. I remember the suffocating political heat of those days like yesterday.

The odds for a triumphant transition to democracy were already bleak, since the subject of reform is the ruins of an archaic imperial state with its own social, cultural, and historical burdens.

An ethnic plutocracy in the form of the TPLF, hell-bent on political, economic and ideological domination, was the main obstacle to reforms in the last three decades. However, it is an intolerant, and often impetuous, hodgepodge elite that includes the ruling party, opposition parties, activists, civil society organizations, diaspora groups, online and broadcast media outlets flexing to dismantle the current multinational federalism that are the biggest spoilers to a smooth democratic transition.

Their preferred label is as ‘Ethiopianists’, however, their detractors dismiss them as ‘Neo-neftegnas’ —an assortment of people nostalgic for the regressive imperial era, who despise the current multinational federalism, and attribute the recognition and autonomy granted to the nations and nationalities to be the source of all our social and political ills. Multiple studies have found that they are predominantly urbanites, ethnically Amhara, and disproportionately dominate levers of power: government bureaucracy, media, and finance. They pursue this as a zero-sum game, and to the detriment of historically marginalized communities.

Regardless, this current fight is one for the soul of this nation; what it should embody and envision for this generation and the ones that follow. And it is only beginning.

These faux unitarians and their counterproductive ways are baffling. They call themselves ‘Ethiopianists’, and claim to stand for unity. But it is hard to see anything especially Ethiopian or unifying about them, their approach, their historical narratives, or the society they envision.

They claim ultimate guardianship over the Ethiopian state, and are determined to delegitimize and criminalize the legitimate ‘question of the nations and nationalities’ and their struggle for justice and equality. Nonetheless, the more their historical suffering is ignored, the louder the echoes of imperial drums grow. And, the more their aspirations deferred, the less likely we are to realize a nation that is at peace with itself.

What I like to call ‘Ethiopia’s original sin’—the violence, the subjugation, the oppression, and the subsequent marginalization of the Nations Nationalities and Peoples upon which it was founded—are still too raw and intense to simply wish away.

For example, the story of Menelik II and his violent Zemechas, or conquests, has a different meaning for me and my ancestors than those who still hold him in high esteem as a godlike figure. There was no love lost between Menelik II and my great-grandfather’s generation. Being the Somali tribes along the Jigjiga Valley, they were the first to try to stave off Menelik’s incursions, but unfortunately fell prey to them and his better armed crusaders in the likes of Ras Mekonnen, Dejazmach Benugise, and Kenyazmach Basha-Basha.

As Major H.G.C.S Wayne  documented in his book; Seventeen Trips to Somaliland and a Visit to Abyssinia, when he trekked northern Somali territories and eastern Ethiopia in late 1890s, Menelik II’s mistreatment of the Somalis was equal to their unforgiving mistrust towards him. So much so they were willing to live under British rule, as documented by Major Wayne, with some semblance of order, rather than the humiliation and degradation of a true despot.

It is Abiy’s alignment with these neo-imperialists and Derg remnants that is the biggest hurdle for the transition. They sit at the crux of political, cultural, economic, military, security and media vessels that were left rudderless by the abrupt retreat of TPLF, and are determined to crush everything and everyone they see as a threat.

This does not bode well for a smooth transition.

Moreover, there are a range of controversial figures that bear the banner of the ‘Ethiopianist’ camp. This includes exposed xenophobes, to former Derg generals like Fisseha Desta, Mengistu’s second-in-command, and Kassaye Chemeda who even called for violence on national television. These figures are either in the Prime Minister’s inner-circle, have influence on policy, or are praising him on state television.

The biggest threat to our societal cohesion and the continuity of the state does not lie with those pushing for greater autonomy and recognition for nations and nationalities. Rather, it lies with those fantasizing about the past, with their preferred cut off for the ‘good old days’ being prior to the EPRDF-era.

Continued bullying of anyone refusing to buy their outdated, out of touch dogma into silence by hurling demeaning and crude reductionist insults such as ‘treasonous mercenaries’, ‘savage extremists’, ‘tribal nativists’, ‘terrorists’ will not bring peace and unity.

In his inaugural speech, Abiy called for national reconciliation, forgiveness, and the closure of our dark past, promising ‘‘to forge ahead to bright future through national consensus’’.

For someone who came to office on a platform of unity and dialogue, it is worth emphasizing the only way forward is by backing out of the current quagmire. It is equally worth noting that any genuine attempt at national dialogue and reconciliation starts with the immediate release of all political prisoners as part of aiming for a comprehensive settlement.

If our Nobel laureate Prime Minister can embrace the last true despot in the Horn of Africa, President Isaias Afwerki, as a force for peace and development, finding common ground with his detractors here at home shouldn’t be too hard.

However, it is hard to guess if Abiy has come to terms with the reality that no one can rule Ethiopia in peace, and longevity, while making a career out of angering the only tent that can provide a viable governing coalition. Abandoning his natural constituency, the Oromo, neglecting Somalis and the issues they care about, feuding with the Sidama, clashing with the Wolayta and suffocating Tigray is not a good place to start if the goal is to reach peace and unity, and underwrite state continuity.

Mohamed is a former Media and Communications Advisor to Somali Region acting president Mustafa Omer. Follow him on Twitter @oladmohamed or email him at mohamedolad88@gmail.com