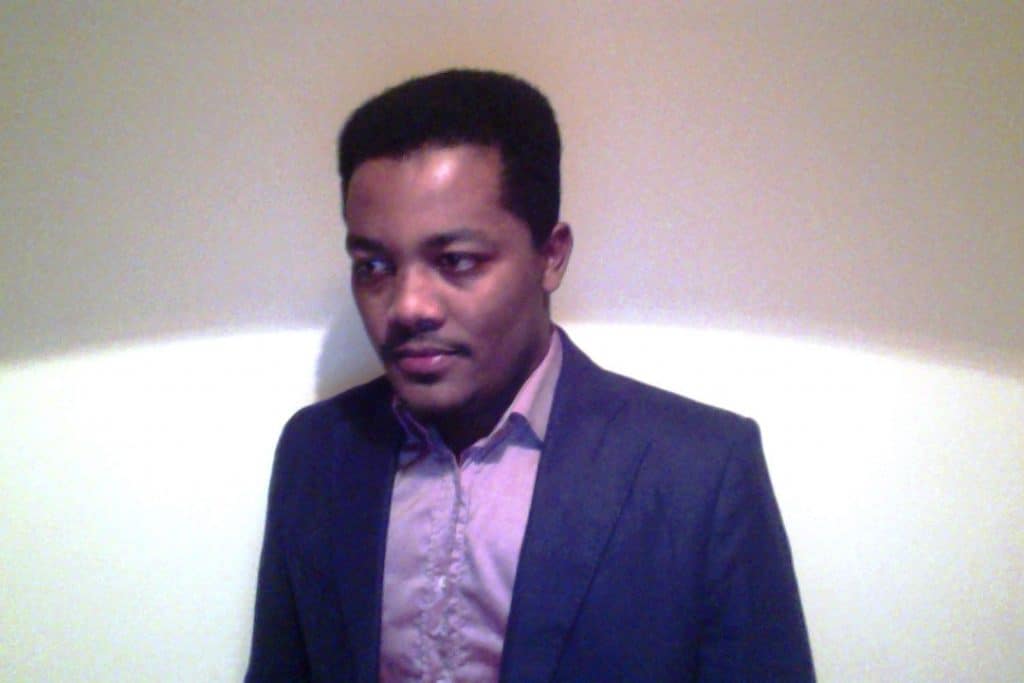 Rather than trying to speak across the divides, the academic-activist has fanned the flames of ethnic bigotry.

The first time that I heard the term ‘epistemological violence’ was at a conference on multilingual nationalism hosted by the Addis Ababa University School of Federalism in the capital city in 2019.

Dr. Awol Allo from Keele University in the U.K. had given an eloquent presentation, and when an audience member insinuated that Awol had made a certain assertion because of his ethnic background, he responded, politely, that this line of questioning was a form of “epistemological violence”.

I was fascinated by the idea of epistemological violence—the concept that one’s question of how you know what you know may be construed as an act of brutality.

Epistemology is the study of the theory of knowledge, or of how we know what we know.

It is partly shaped by personal experience, and, as a feminist, I recognize that most epistemology is gendered. We know what we know through the experience of learning, or the mental processing of that knowledge.

Where the knowledge is formed by empirical data that is nevertheless open to interpretation that could go in several directions, but when a subject assumes that that the object-person has understood it in such a manner because of their own biases, then they may stand accused of epistemological violence.

Awol knows his influence as a political pundit.

He is a charming, Western-educated intellectual whom I enjoyed speaking to the few times that we met. I think he knows that he, along with other Oromo intellectuals, is setting a discourse that has been left wide open while Ethiopian social media learnt to breathe again.

He has currently stepped into the political void left by the, in my opinion, overdue arrest of Jawar Mohammed in early July, and I for one had been eager to learn what statements he would have on the clashes that claimed more than 150 lives following the murder of Hachalu Hundessa on 29 June. Would he apologize on behalf of Oromos for the bloodshed of innocent others, as he had done in October 2019 following Jawar’s ’Tekebibiyalehu’ (‘I have been surrounded [by security forces]’ battle cry?

Would he set a moderate middle ground for the Qaarrees and Qeerroos who might listen to his words?

The reality hit with the bitterness that many of us did not want to experience.

In the interviews and social media posts that I saw since the unrest, Awol has taken on a defiant position in his commentary on the murder of Hachalu and the bloody aftermath.

His first post after the murder on 30 June, stated: “They murdered our Haacaalluu, our irreplaceable icon, our definitive sound. Perhaps the brightest light of my people has just extinguished. I am heartbroken.”

Awol did not clarify who he assumed “they” were—but, we know who his people are.

The Oromo intellectuals in the Diaspora that we had hoped would lead their communities out of the quagmire of blind hatred were in fact drawing lines in the sand that sunk them deeper into an ‘us-vs-them’ narrative that was dependent on their ethnic and religious backgrounds—and not the more complex reality that most of us living in Ethiopia observe.

A question of epistemological truths— and of epistemological violence—appears when Awol to this day, continues to assert that ‘they’ killed ‘our star’ despite the fact that two people with alleged links to the Oromo Liberation Front have been arrested for their suspected roles in Hachalu’s murder.

In subsequent posts and media appearances, Awol went on to decry the arrest of Oromo political leaders such as Bekele Gerba and Jawar, despite their involvement  in the chaos that ensued following Hachalu’s death, which degenerated into several nightmarish days.

Awol’s insistence on the political nature of the arrests is despite the fact that a non-Oromo political leader such as Eskinder Nega has also been arrested on charges of organizing the resistance to the Oromo youth who came out carrying sticks from all corners of Addis Ababa and surrounding cities.

To date, Awol calls for the release of the Oromo activist-politicians, and he holds his ground that the Prime Minister, whom he nominated for the Nobel Peace Prize last year, has imprisoned them for political gain.

There is no credible threat to federalism in Ethiopia. Awol, and others, have fashioned a bogeyman of Ethiopianness or Ethiopiawinet that neither him nor I, let alone the Ethiopian youth (almost all by definition children of the EPRDF-era) know in order to justify his silence against the atrocities committed by his own side.

We have moved far beyond the times where Ethiopia was a cultural hegemony with one state religion, and we are all the richer for a multiethnic, multicultural Ethiopia with a healthy competition between dominant narratives. We have serious problems, yes, and they are as ethnic-borne as they are gendered, but a risk of return to the reductive version of Ethiopiawinet that Awol rails against is not one of them.

In other words, his threats of the annihilation that will swallow Oromos and other non-hegemonic ethnic groups if Ethiopiawinet is unchecked are hollow, and do not justify his refusal to acknowledge the murders of unarmed people who did not choose their ethnicity, or where they found themselves when all hell broke loose.

I am a non-Oromo woman of mixed Ethiopian heritage who has always been drawn to the underdog story of the Oromo struggle, and I gave my son an Oromo name in acknowledgement of a culture that I came to love early on in life. I cannot be silent now when in a sick twist of Teregnanet (‘It’s our turn now’), it is now Oromos who kill and terrorize Others.

In his writings Awol identifies with Oromos who were dispossessed in the past, but many Ethiopians identify with those who are defenseless at the present time. Furthermore, while us pan-Ethiopianists bestow admiration on those Oromo activist-intellectuals who are calling out hate by their own, we also need to confront those who will not, particularly when we used to hold them to a higher esteem than the warmongers of the activist sphere.

We need Oromo intellectuals now more than ever before.

However, they lose credibility when they willfully ignore the horrific twists that Oromo Protests have taken. Who should know better than an Oromo intellectual, and one as brilliant as Awol, that ethnic labels are lethal?

I read his stubborn defense  of the term ’neftegna’, a term that used to be harmless enough when it referred to non-ethnic Oromos living in Oromia, but which has now morphed into the rally cry of ethnic cleansing along with the newly coined, ’neo-neftegna’ and question what may be driving the use of this language.

Words are neutral until they are all that you hear as you are being dragged from your home, or until a kindly Oromo landlady saves you by vouching for you in Afaan Oromo as happened to my cousin, a doctor who has lived in Oromia all his life, when he escaped danger in Batu (Ziway) on the second day of the unrest.

I wonder if the non-Oromos who were hacked to death in Shashemene heard the echoes of ‘neftegna’ as they struggled for their last breaths?

Did their children, born third or fourth generation in that locale, with no more options of where to go than I and my children would have if ‘Finfinne kegna’ (‘Finfinne [the political Oromo name for Addis Ababa] is ours’) is still to go lethal? Where can you go when the place where your grandparents were born labels you with a target on your back? What choice do you have but to fight, or to die, or to die fighting?

I do not know whether history will be kinder to Awol and to his fellow discourse-setters than it has been to the ancestors whose hateful words Oromo liberation fighters heard as they were beaten and tortured.

Should he have known better than to articulate the bigotry that would deny the self-proclaimed identities of millions of Ethiopians who view themselves as Ethiopian which, however he cloaks it in academic-speak, is still bigotry? Because epistemological violence works both ways.

When an intellectual with considerable voice like Awol decides to frame empirical truths in a way that belittles and ultimately harms whom he has made clear are Others, that is as much an epistemological violence as the defense he levied at that conference when accused of thinking in a certain way because he is an Oromo Muslim.

The epistemological violence of Awol lies in his denial of the self-proclaimed identities of millions of Ethiopians who view themselves as Ethiopian, and of his selective outrage when Oromo lives are threatened. His brand of epistemological violence puts Awol on the vanguard of the new wave of victimization that could haunt Oromia, and Ethiopia, for another 100 years.

I find his stubborn stance to be deeply regrettable.

I wonder if he could have helped stem the tide of ethnic violence while it was still stoppable? Would any of the killers have listened?

Will he still rectify his discourse, while we are all still here to learn, forgive, and change? Or will he defend his position until it is too late, a 21st century perpetrator of the epistemological violence of his own making?

Correction: In second paragraph above ‘Justifying the unjustifiable’ subhead, deleted reference to Lidetu Ayalew organising groups to counter Oromo youth, as he was not charged with that offense, and now faces firearms charges.

Sehin obtained a PhD in Gender Studies from SOAS, the University of London in 2015. She is the mother of Leeben and Rekka, and the founder of Setaweet Movement: https://setaweet.com/