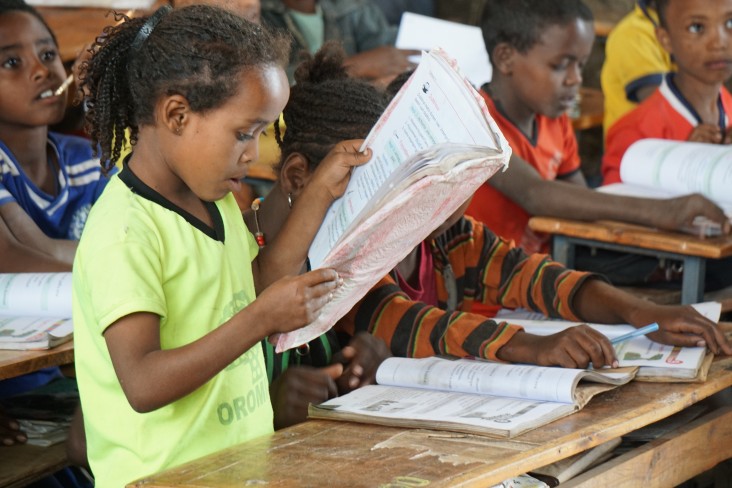 Ethiopia is a diverse country without an official national language, where Amharic has been the country’s federal working language and regional states have been left to make their own choices.

The formal use of local languages burgeoned with the implementation of federalism during the rule of the Ethiopian Peoples’ Revolutionary Democratic Front (EPRDF). However, considering the number of indigenous languages, accommodating every demand for federal language status is unrealistic and economically infeasible. Similarly, promoting some local languages to federal status would pose major challenges for non-speakers.

Furthermore, given the strong national competition, attempting to pick only one local language as Ethiopia’s official language would be so contentious it could endanger stability. For example, given its historical imposition on speakers of other languages, adopting Amharic would be objected to by those who suffered in the past and by those who aspire for official language status for their native tongue.

Yet, if done equitably, having an official language would be in the national interest and encourage unity. Given this, it is of great urgency to refine the policy on federal working languages, which could mean upgrading English.

In addition to being the working language of the Amhara region, Amharic plays the role of a common language, especially in Addis Ababa and other urban centers. It should also be noted that, compared to other indigenous languages, it has historically been a beneficiary of privileged policies and had the role of a national language under previous regimes. However, a new language policy has been ratified to include the Oromo, Tigrayan, Somali and Afar languages as federal working languages.

The timeliness of this policy cannot be overstated, as these languages are some of the most widely spoken ones in the country as well as the wider region. For example, Afaan Oromo has the greatest number of native speakers and also a considerable number in Kenya. Similarly, Tigrigna is also the lingua franca and de facto working language of Eritrea. Somali is spoken in both Somaliland and Djibouti, as is Afar in the latter.

However, this recognition means that the federal government will grant these languages the same official role as Amharic, which will be costly. Unfortunately, considering the sheer number of languages spoken in Ethiopia and other implementation challenges, adopting this policy could be problematic. On the contrary, not revoking the privileged status of Amharic and refraining from elevating other languages will not provide a lasting resolution.

In a nutshell, the language dilemma is between granting more federal working status, with the respective economic challenges, or setting just one federal working language, and suffering unfavorable political repercussions.

Hence, one way to balance these interests would be to introduce one language to play the role of a federal working language. Under such a setup, communication between a particular region and the federal government would be facilitated by the use of this language, alongside the option of translating the message to the region’s working language.

Today, institutions and citizens in different countries use international languages in order to have better access to information and opportunities. As such, for strategic, historic or religious reasons, it is common for major global languages like English, or French, to assume de jure or de facto status of working language either solely or alongside other local languages.

English is used as a medium of communication in many international organizations, is taught as a compulsory language and continues to serve as a Medium of Instruction (MoI) in middle school, high school and higher-level educational institutions. This use of English as a MoI goes back to Emperor Haile Selassie I, and was replaced by Amharic in primary schools during the Derg regime.

It was only in 1994 that the Ethiopian Education and Training Policy mandated the use of ‘mother tongues’ in primary education, approving the use of English as the MoI in only secondary and higher education. Furthermore, given that higher education materials are readily available in English, applying English as the MoI at the different tiers of education would be pragmatic, so long as it does not contradict the pedagogical recommendation of using native languages during primary education.

Moreover, considering how the national literacy rate is increasing, and combining this with the fact that the 70 percent of Ethiopia’s population is under 30,  the general population is projected to double by 2050 and with the increasing national internet penetration, we can expect English to be ubiquitous in a few years’ time.

In time, this approach will be significant in re-framing perceived inequalities among local languages. However, upgrading English would pose a challenge for those who lack a good command of it. But this can be mitigated by improved teaching and offering plenty of platforms where local languages are used instead.

Given the current volatile situation, it should be clear to all actors that the political and economic stakes are far more consequential than concerns over adopting English as our federal language. Hence, all stakeholders should consider this proposal in order to try and achieve a stable, envy-free and well-coordinated relationship between different regions and ethnic groups.

Meareg has taught in Ethiopian universities and is a researcher and lecturer.