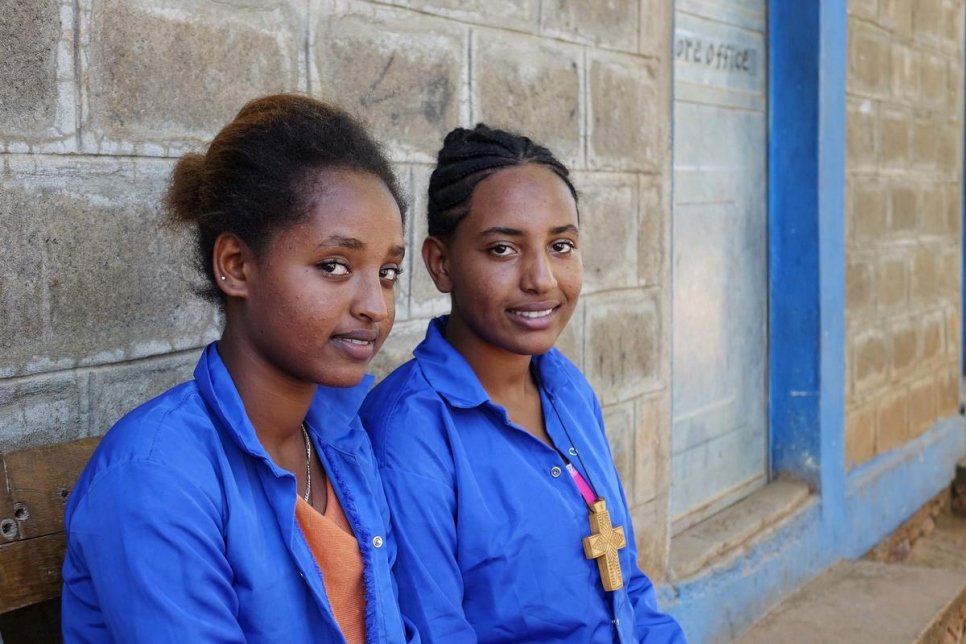 Eritrean activists are divided over the fate of the TPLF.

Many Eritreans, including those that oppose President Isaias Afwerki’s rule, are in a dilemma regarding the conflict in Tigray. Most Eritreans agree that he is the mastermind of it and stand against any involvement by their country. There is also a die-hard few that believe he is doing this in the interests of Eritrea.

One dilemma arises from the historical experience Eritrean elites had with the Tigray People’s Liberation Front (TPLF), especially during its domination of Ethiopian politics from 1991 to 2018. Lack of trust lingers, and many Eritreans blame it for some of their misery.

Members of various Eritrean opposition groups that were based in Ethiopia also accuse the TPLF of interfering in their affairs and enforcing ethnic divisions and applying other divide and rule tactics.

Those that accuse the TPLF as the main force behind the ‘Agazian’ or ‘Greater Tigray Movement’ also fall within this category. The Movement is a reincarnation of the 1940s idea of establishing a Tigray-Tigringni Nation that includes Eritrea and Tigray. These opposition groups see the weakening of the TPLF as an advantage and seem to quietly support the attacks against it or remain indifferent.

Another dilemma arises from the lack of clarity of the relationship between President Isaias and Prime Minister Abiy Ahmed.

This claim is bolstered by the remarks and claims made by both leaders and their sympathisers regarding Eritrea’s sovereignty. Some pro-justice Eritreans believe that Abiy, like the Eritrean President, is a Machiavellian who would not hesitate to liquidate anyone that stands in his way for the sake of power. They believe that he would not stop at Tigray and Eritrea would be his next target once Tigray is in the fold of his Prosperity Party.

Exponents of this view see Tigray as a potential ally against the sinister Abiy-Isaias agenda of undermining Eritrea’s sovereignty under the guise of regional integration and a buffer against nostalgic imperialist Ethiopianists. This group stands strongly against the war, with some expressing open support for the TPLF.

The Tigrayan missile attacks around Asmara, however, were a major setback and probably lost the TPLF some of the sympathy it was getting from Eritreans.

Eritrean refugees: from crisis to crisis

Out of the half a million Eritreans in Ethiopia, 270,000 have arrived during the last two years, after the signing of the peace deal between Isaias and Abiy in 2018.

According to the UN refugee agency, more than 100,000 of these are in refugee camps in Tigray and particularly western Tigray that saw heavy fighting recently. UN staff members have fled the refugee camps and the refugees are left on their own. With monthly supplies of food and other essential goods running out, their destitution is expected to worsen.

Many of them have already joined the many thousands of Tigrayans trekking to Sudan or have moved towards major towns. Currently, Mai Aini refugee camp is at the greatest risk with fighting concentrated in that area.

The latest reports on Eritrea Hub indicate that some of the camps have been raided by Eritrean troops that rounded up some of the refugees and transported them back to Eritrea. In response to the UNHCR statement on the issue, Yemane Gebremeskel, Eritrean Minister of Information, accused the organisation for being a “principal conduit” in the “depopulation” of Eritrea.

If confirmed, the action taken by Eritrean troops would amount to a serious crime against international law. It would be a double jeopardy for the refugees that they had to face Eritrean forces that they fled to avoid in the first place.

Many of the refugees either were part of the Eritrean national service or fled the country to avoid conscription. Their lives could be in danger, as they are considered deserters.

In a previous article, this author indicated that President Isaias’ main priority in the Ethiopia-Eritrea relationship was seeking revenge on the TPLF for the 1998-2000 border conflict with Eritrea and standing against his regional integration plan.

Although Isaias had clearly expressed that he would not be an onlooker in Ethiopian internal affairs, he would have had to do a lot more to convince war-weary Eritreans to wade into another conflict. He got the helping hand he needed from none but the TPLF itself after it did not support the peace agreement.

Isaias was at his most vulnerable point in 2018 when Abiy suddenly accepted the Algiers Agreement, as he had held Eritreans hostage on a pretext that the TPLF was the main obstacle to the implementation of the decision. Isaias’ acceptance of the border ruling meant the end of the no-war no-peace situation between Ethiopia and Eritrea, thereby the elimination of Isaias’s main justification for keeping Eritrea on war-footing and suspending constitutional government.

The TPLF was quick to denounce Abiy’s decision and organised protests in Irob, Badme and Adigrat. Although belatedly, acceptance of the peace deal and calls by TPLF leaders for negotiations on a comprehensive peace plan appear to have swayed some Eritreans. Still, it was probably too little too late as arguably Abiy had already become dependent on Isaias after Mekelle’s initial opposition.

At the start of the conflict, most Eritreans appeared opposed to any involvement in the conflict between TPLF and the Ethiopian federal government. Many of them had openly expressed their stand against the war and petitioned world leaders to intervene.

They also called on the Eritrean Government not to send troops to Tigray and appealed to Ethiopia to withdraw its forces from Eritrea, which they had been using as a launching pad to attack Tigray from the north.

Sending rockets to Asmara was the perfect gift to Isaias from the TPLF. It not only lost the latter some of the support it got from Eritreans, but it also earned them condemnations from the world. In contrast, Isaias was saluted for not taking retaliatory measures. There has been no response yet from the Eritrea’s government about the rocket attacks.

Tigray’s leaders have also accused the United Arab Emirates of supplying drones to the federal forces, who have denied the claims. Nonetheless, drone use may have been instrumental in debilitating the TPLF’s mechanized units and forcing it to shift its military tactics.

It is hard to verify Eritrea’s enagagement in the conflict between TPLF and the Ethiopian central government—and indeed the allegations are denied by both governments—but evidence is mounting that Eritrea has been directly and indirectly involved.

Humera, only a few kilometres from the border to western Eritrea was heavily shelled by artillery in Eritrea forcing residents to fleeing into Sudan and facilitating control of western Tigray by Amhara militia, the regional force, and the federal army.

Tigrayan leaders have alleged that Eritrean forces were involved in battles in western-central (from Badme to Adwa) and northern Tigray (Zalambesa, Adigrat and Rama).  BBC Tigrinya has confirmed engagement between Eritrean and Tigrayan forces along the borders in northern Tigray which involved heavy artillery bombardments. There have also been sightings of wounded Ethiopian soldiers in Eritrean towns as well as many getting treatment in Eritrean hospitals.

In addition to the members of the Northern Command units that fled Tigray after the initial attack by Tigrayan units that triggered the conflict, Ethiopian army divisions have been transported to the northern front via Eritrean territories. Initially, according to a local source, Eritrean border communities that are poor themselves were forced to feed the Ethiopian army until government supplies arrived.

With Mekelle, the capital of Tigray, and other major towns in the region now in the hands of federal forces, it is hard to predict what would become of Tigray and Ethiopia and the wider Horn of Africa.

Tigray leader Debretsion Gebremichael had vowed that Tigrayans would fight ‘the enemy’ anywhere and by all means, suggesting a tactical shift towards an insurgency-type engagement. It is to be seen how this strategy would work with all borders closed, and the conflict restricting farmers from gathering the little harvest that is left from the desert locust invasion.

A successful insurgency would require opening supply corridors to Eritrea, Sudan, or both—moves that would have huge implications for Eritrea and the broader region.

Dr. Mebrahtu is a marine ecologist by profession. He is based in London and has broad interest in environmental and political issues affecting Eritrea and the Horn of Africa. He is a board member of Eritrea Focus, an organization concerned with human rights issues in Eritrea.