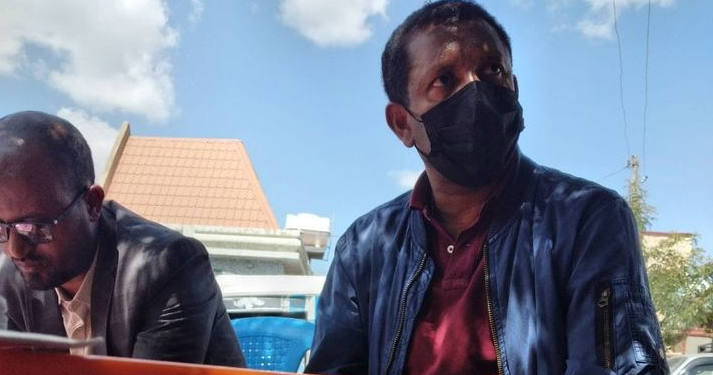 Now bailed, veteran centrist Lidetu Ayalew is accused of sketching out his plans for an interim government. For that, he faces up to 15 years in prison.

After federal prosecutors charged opposition politician Lidetu Ayalew in September for preparing for regime change by writing documents and talking to journalists about them, on 11 December the Oromia Supreme Court released him on bail.

The charges state that by calling for a change of the government system, the defendant was making material preparations to overthrow or unlawfully change the constitutional order. The charges carry maximum imprisonment of 15 years.

Lidetu is the former president and founder of Ethiopian Democratic Party. He was the deputy chairman and chief spokesperson of Coalition for Unity and Democracy party during the 2005 election.

The charge, an alleged violation of Criminal Code articles 238 1(b) and 256(b), was read on 23 October at Oromia Supreme Court, which is presiding over the case by representing the Federal High Court. It follows separate firearms charges against Lidetu made at Oromia Regional High Court.

The federal charges allege that the defendant, with the intent to assume state power, told the media: “The regime is leading the country to statelessness and destruction”, and also that it would not be legitimate after 10 October. A similar position was adopted by Tigray region’s administration, which the federal government has removed in a military intervention that is ongoing.

Additionally, the defendant wrote an article entitled ‘The reform has gone from bad to worse; a country weakened by nationalism, extremisms and lack of effective leadership’, and said a transitional government should be established by December 2020. The defendant wrote another piece in May 2020 regarding “a quest for a transitional government for our current situation; its importance and irreplaceable role. An analysis on a pre-electoral prediction”.

Lidetu allegedly gave training on the articles, and distributed them to get feedback. According to the charge, the defendant said that with the help of others he will form a transitional government with six executive branches, which would be led by a committee.

On 23 October, defense attorneys said preparing documents about a transitional government and discussing it with the media was permissible. At that time, defense lawyer Gemechu Gutema told Ethiopia Insight the charges should be dismissed: “These actions are related to freedom of expression of thought as provided for under the constitution…The actions stated in the charge doesn’t constitute a crime.”

The prosecution responded that the list under Article 256(b) is not exhaustive and the preparation and sharing of documents aimed to overthrow the constitutional order falls under the provision.

The defense had previously requested bail stating that the crime in question does not prohibit it, and the defendant has a pre-existing heart condition that requires immediate treatment. The prosecution protested, arguing that the defendant won’t comply with the terms of the bail since he has a visa to travel abroad, and also there is a danger of further crime because the defendant had not abandoned his plans to form a transitional government.

The court met on 30 October but did not make a decision because the arguments presented at the last session had not been transcribed. The court scheduled the next session for 20 November. On that date, the defense argued that the charge should be improved since the crimes listed did not fulfill the elements provided under the relevant Criminal Code provisions. The court accepted the argument and ordered the prosecution to modify the charge accordingly.

On 11 December, the prosecution presented the altered charge, however the defense argued the latest charge does not present anything new and asked for further changes. Additionally, they requested bail. As the prosecution did not object, the court granted a bail bond of 30,000 birr.

There is also another set of charges brought against Lidetu at Oromia Regional High Court for possession of an illegal firearm, thereby violating Article 22(3) of the Firearms Administration and Control Proclamation. Even though police reports initially said a search found two handguns at the defendant’s residence, the charge is pressed for possessing one handgun and 18 bullets.

The trial started on 17 September and three prosecution witnesses gave testimonies to the court on 15 October. The defendant told the court that the handgun was acquired lawfully, but forensics suggested it is registered to Esayas Woledegeorgis, the former deputy director of National Intelligence and Security Service.

The defense argued that the proclamation gave a year after its enactment for individuals to register firearms, and the period does not expire until 8 January. The court rejected the argument.

On 22 September, the regional high court had granted Lidetu a 100,000 birr bail, but the following day the prosecution appealed to the regional Supreme Court, arguing that the defendant plans to travel abroad and won’t come back, and that he would intimidate witnesses if freed.

Even though the judges didn’t suspend the bail order, the defendant remained in custody. Thus, on 15 October, after hearing witnesses, the regional court ordered the Bishoftu city police chief and Oromia police to appear and explain the disregard to the bail order. They adjourned to hear the police’s response and rule on witness testimonies.

Preventing Ethiopia's descent into a failed state
By Mohammed Olad

On 19 October, the regional court postponed the ruling on witness testimonies because testimonies had not been transcribed. The Bishoftu police chief stated that there has been delays due to personnel changes and that the defendant hasn’t been released due to the Oromia Supreme Court charge.

The court rejected this and ordered the defendant’s release and scheduled another session for 21 October to confirm if the order has been carried out. On 21 October, Bishoftu city police officer Mohammed Ali told the regional court that the day before the police told Lidetu he had been released regarding the charge at the High Court but is still being detained for the Supreme Court charge.

Oromia police told the court that the defendant has been kept in custody due to the Supreme Court case. Regional judges ordered Bishoftu police to provide a written statement the following day explaining the defendant’s release regarding the High Court charge, and scheduled the next session for 5 November to rule on whether or not there is enough evidence under the charge to require the defendant to present a defense to the court.

On 5 November the High Court ordered the defendant to present a defense on 25 November. However, a defense wasn’t presented as scheduled. Instead the court scheduled the next session on 15 December, where, according to lawyer Gemechu, the defense plans to present witnesses.