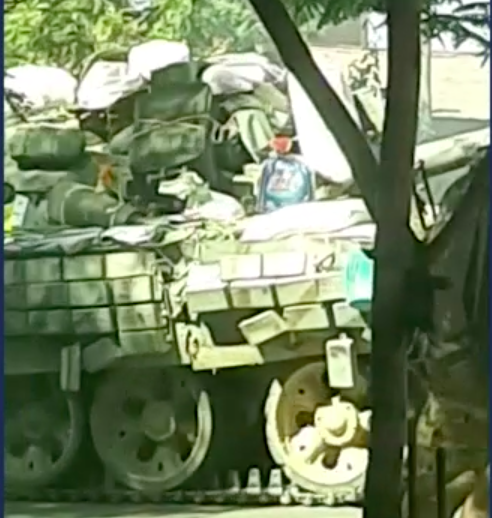 The intervention has been covert to mask the involvement of Eritrean troops, control the narrative, and obscure civilian suffering. International action is needed.

After nearly three years of political tension between the Ethiopian federal government and the Tigray regional authorities, which resulted in each party’s rejection of each other’s legitimacy, the 2019 Nobel Peace Prize winner, Prime Minister Abiy Ahmed, on 4 November declared a full-scale military operation against the leadership of the Tigray Peoples Liberation Front (TPLF), a recently re-elected ruling party of Tigray region.

Given that all means of communication with the region have been severed, gathering evidence of human rights and humanitarian law violations occurring in the region has proved to be difficult.

The  international media has reported the flight of over 50,000 Tigrayan refugees into Sudan, millions of displaced civilians in Tigray, thousands of Eritrean refugees in Tigray have become subject to forced repatriation to Eritrea, murders and other abuse. Additionally, there has been the killing of aid workers and shooting at United Nations personnel by government forces.

One explanation for the secrecy of the war is to hide Eritrean involvement in the war.

At the outset, Abiy called the conflict a “law enforcement operation” which was justified by Tigray’s 3 November takeover of parts of the Northern Command of the Ethiopian National Defence Forces (ENDF).  ENDF soldiers stationed in Tigray for over 20 years and regional forces clashed, with casualties on both sides, while some members of the ENDF joined the Tigray forces.

On 5 November, the TPLF and its chair Debretsion Gebremichael, conversely, accused the federal government of preparing for an offensive against the leadership and the people of Tigray by colluding with Eritrean President Isayas Afewerki.

Tigray’s president stated the federal government committed an act of aggression against his administration and the right to self-determination of the people of Tigray. The Tigray leadership have also accused the United Arab Emirates of participation in the conflict by deploying sophisticated drones.

While Abiy’s allies, including the Eritrean authorities reject the Tigray version of events, the dissenting former Eritrean defence minister, Mesfin Hagos, wrote on 4  December for African Arguments a detailed account of the planning undertaken to oust, by force, the TPLF  from power by the two leaders.

This included training and preparing special military personnel within Eritrea consisting of Ethiopians and Eritreans, deploying forces close to the Tigray region, appointing new loyalist ENDF commanders to the Northern Command a few days before the incident of 4 November and preparing to deploy an elite force from Asmara to undertake a surgical offensive in coordination with the Northern Command in Mekele, Tigray.

Mesfin argues, on this basis, the TPLF acted in self-defence, a claim the federal government rejects.  However, Eritrean involvement has now been confirmed by eye-witness accounts and footage of a tank laden with looted goods.

The second explanation for the secrecy was to try and maintain the narrative that this was merely an effort to arrest TPLF leaders in which the international community should not intervene as their actions would violate Ethiopian sovereignty.

Conflict in Tigray is about TPLF, not ethnic federalism
by Teshome M. Borago

On this basis, Abiy’s government declared the end of military operations three weeks ago, and refused to negotiate, de-escalate or accept African Union and other mediation efforts. Reuters reported on 12 December that Sudanese Prime Minister Abdella Hamdok travelled to Addis Ababa to offer mediation between the federal government and the TPLF but abruptly returned to Sudan without success.

Commentators, including from the US Institute of Peace, disagree with the Ethiopian government’s characterization of the conflict and regard the situation as a political problem. They predicted that “it is less likely that the federal government can entirely subdue the TPLF political entity, which retains the support of a substantial number of Tigrayans”.

The TPLF accused Eritrea of deploying its troops to Tigray and went to the extent of firing rockets at the Eritrean capital Asmara and other targets within Eritrea. The Ethiopian and Eritrean governments persistently rebuff such claims. The U.S. administration initially condemned the firing of rockets at Eritrea and blamed the TPLF for attempting to “internationalise the conflict”.

However, the US Department of State, on 9 December revealed that, “we are aware of credible reports of Eritrean military involvement in Tigray …We urge that any such troops be withdrawn immediately”.  This is substantiated by Mesfin’s account of the deployment of several infantry and mechanized divisions that are fighting inside Tigray alongside Ethiopian troops and associated militia.

Hence, despite the endeavour made to portray the situation as an internal law-enforcement matter, it appears to be clear that a catastrophic war is ongoing between the Ethiopian and Eritrean armed forces and associated militia on the one hand, and the Tigray regional forces on the other.

As per the Geneva Conventions of 1949, the armed violence between federal and regional forces should be considered a non-international armed conflict, while the involvement of Eritrean troops internationalizes the war in, and around, the Tigray region.

The war on Tigray: A multi-pronged assault driven by genocidal undercurrents
Gebrekirstos Gebreselassie

The denial of Eritrea’s involvement does not challenge such a characterization of the conflict as an official declaration of war is not a requirement for determining the nature of a conflict via application of the law. Noteworthy is the potential spillover of this protracted conflict to others,  such as Sudan.

The third and most important explanation for the war’s covert nature may be that as hundreds of thousands of regular, paramilitary, and militia forces are engaged in the war from both sides in just one region of Ethiopia, the human and material toll is catastrophic.

Both sides claim that they have killed and incapacitated thousands of fighters. Gross violations of human rights and humanitarian norms, including massacring innocent civilians, have been reported by international and internal actors.

However, Abiy told parliament that the army “has not killed a single civilian” in the course of taking control of Tigrayan cities. The government accused the TPLF of committing atrocities against civilians, an allegation Tigray’s authorities reject, calling for an independent international enquiry.

Tigray’s leaders accuse the Ethiopian and Eritrean regular armies and the Amhara forces and militia of committing systematic and widespread extra-judicial killings of children and adults, sexual violence, wanton destruction of and looting of private and public property across Tigray.

Such claims have been corroborated by several refugee accounts from Tigray refugees in Sudan who shared their experiences with aid agencies and international and Sudanese media outlets. The media, including the BBC, have revealed pictures of demolished houses and buildings in Tigray cities and towns.

Multiple reports have filtered out of atrocities against civilians, such as the report that the Tambien zone of Tigray has been subject to indiscriminate non-stop aerial, drone and artillery bombardment in which 20 civilians have been killed in a place called Guya. On 21 December The Guardian quoted Shire town resident’s account that civilians have been “slaughtered like chickens” by foreign troops.

Several human rights organisations such as FIDH and even the Ethiopian Human Rights Commission have expressed grave concern over the ethnic profiling, mass detention, searches, harassment and travel ban imposed on ethnic Tigrayans which make them targets in both war and peace zones.  Thousands of Tigrayans are now in detention centres in and around Addis Ababa.

There is also a desperate humanitarian and refugee protection dimensions to the situation.

As the UN High Commissioner for Refugees, Filippo Grandi, rightly highlights on 11 December, the lack of access to humanitarian assistance to Tigray, the reports of grave violations of the International Refugee Convention by murdering, abusing, and forcefully abducting Eritrean refugees are alarming.

In short, these are among the reasons why the international community, including the Ethiopian and Eritrean public, have been kept in the dark regarding the true nature of the conflict. A policy of secrecy has been executed through the cutting of internet and telephone services to the region, the denial of UN, African Union and humanitarian actors’ direct and unhindered access to the region.

Eritreans caught in dilemma over Tigray conflict
By Mebrahtu Ateweberhan

As the FIDH asserts some powerful countries may have opted to tolerate human rights and humanitarian law abuses, as they have done in the past regarding repressive Ethiopian regimes that support their regional and political interests, including the fight against terrorism in the Horn of Africa. Some are now reverting to holding democratic elections in Ethiopia, turning a blind eye to the ongoing human tragedy in Tigray.

Such a secret war is dangerous to the people of Ethiopia and to the wider region. Urgent action is therefore warranted.

First, there is a pressing need to resort to peace in Tigray through dialogue and protect civilians and their property; it appears that the Ethiopian government has failed to protect its people, refugees and aid workers from serious harm to their lives, dignity, and property.

Although Ethiopia’s sovereignty should be respected, colluding with a foreign country to wage a war against your own people and federal entity is a breach of both constitutional and international laws. The international community has, therefore, both legitimate interest in restoring peace and security in the region and the responsibility to protect Tigrayan and other civilians from war crimes, ethnic cleansing and potential genocide.

Second, the atrocities, widespread looting and property destruction in Tigray and the systemic violations of international human rights, humanitarian, and refugee laws by any one of the parties, and the Ethiopian and Eritrean governments in particular, must be independently probed by the United Nations. Anyone who hinders humanitarian assistance should also be investigated for using starvation as a means of warfare.

Main photo: A tank loaded with goods reported to have been filmed in Shire, Tigray last month.