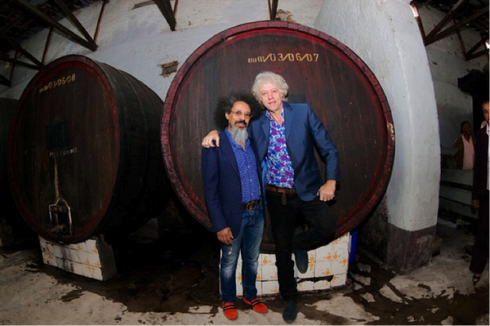 The police have no legal right to appeal a court’s bail order.

Does the Federal Police have the right to appeal a judge’s decision to grant bail to a criminal defendant? The case of Mr. Mulugeta Tesfakiros is a case in point.

Mulugeta, the driving force behind Muller Industries, stands accused of covertly funding the Tigray People’s Liberation Front and the Oromo Liberation Front-Shene. He was brought before the Criminal Bench, which granted him bail of 100,000 birr.

The police, however, unhappy at the decision, appealed to the higher court, adding other charges, including the accumulation of unknown wealth and improper acquisition of public funds.

The main rationale behind bail is to secure the accused appearance at the time of trial and is available to receive sentence, in case found guilty. The court shall order the detention of a person accused of a federal crime if it finds that no conditions or combination of conditions will reasonably assure the appearance of the accused as required, or the safety of any other person before trial.

Article 19 of the Ethiopian Constitution indicates that everyone is presumed to be innocent until proven guilty. As well noted by the U.S. Supreme Court decision in Stack v. Boyle, (1951), “unless the right to bail is preserved, the presumption of innocence, secured after centuries of struggle, would lose its meaning.”

As an extension of this principle, Article 19(6) of the Constitution safeguards the right of bail of the accused. Except in unusual circumstances, those accused of crimes may be released on bail.

Bail is to be denied if and only if the offence with which the accused is charged carries the death penalty or rigorous imprisonment for fifteen years or more, or where there is a threat to the life of the person against whom the offence was committed.

Needless to say, Mulugeta’s non-violent alleged offence does not fall into this category and, hence, the offence is bailable. This is because bail right has vast implications for other fundamental rights such as the presumption of innocence, due process, personal liberty, and access to justice, to name a few.

However, a person accused of a bailable offence may have bail denied if they are of such nature that it is unlikely that they will comply with the conditions laid down in the bail bond; or if the accused would be likely to commit other offences if set free, or would be likely to interfere with witnesses or tamper with evidence.

Provided that the above conditions have been fulfilled, the police must provide clear and convincing evidence for denying the right to bail—otherwise known as beyond reasonable doubt—showing that no condition of release would reasonably assure the safety of the community. This is because bail is the norm and denial of the right to bail is an exception.

As per the generally accepted interpretation, exceptions should be considered very narrowly. In this case, however, the police did not adduce clear and convincing evidence for the court to rule out the accused’s right to bail. Thus, the court granted bail.

Nevertheless, the police have effectively overruled the court by claiming the right to appeal, thereby granting themselves the authority to detain the accused indefinitely pending the ruling of a higher court. On its face this seems to be nothing more than police harassment.

This is not an isolated case, either.

Politician Lidetu Ayalew and many other accused persons have faced the same problem, and happen to hold politically unpopular positions. In Lidetu’s case, he advocated for a transitional government. In his subsequent prosecution, even though the Oromia Higher Court granted Lidetu bail right for 100,000 birr, the public prosecutor appealed to the regional Supreme Court to deny him bail.

The Criminal Procedure Code makes it crystal clear that only the accused has the right to appeal a court’s decision on bail. Article 75 states “where bail has been refused by a court, the accused may apply in writing within twenty days against such refusal to the court having appellate jurisdiction” (italics added).

The secret war in Tigray
The intervention has been covert to mask the involvement of Eritrean troops, control the narrative, and obscure civilian suffering. International action is needed.

For instance, Article 185 of the Criminal Procedure Code clearly gives the public prosecutor the right to appeal against a conviction and sentence. But nowhere are police given a legal mandate to appeal a bail order.

Even if by extension of interpretation and reading of the Cassation Bench decision, one argues that it is also permissible for the police to appeal a bail order, the appellate court should, as a matter of course, defer to the prior decision and revise only if the lower court commits fundamental errors.

In actual practice, however, the appellate court usually conducts a de novo review of the trial court order. Whether intentional or coincidental, this effectively violates the accused’s right to a speedy trial.

This kind of illegal behavior by the organ that is supposed to be the pinnacle of our criminal justice system suggests it is nothing more than a tool of oppression to be used by the government of the day against political adversaries.

We therefore, urge law enforcement agencies and public prosecutors to stop such tactical manipulation of the rule of law.

Abraham has an LL.B from Addis Ababa University and is legal counsel currently working at a private firm.

Yehualashet LL.B from Addis Ababa University and an LL.M (UP) He is currently working at MTA as an Associate.