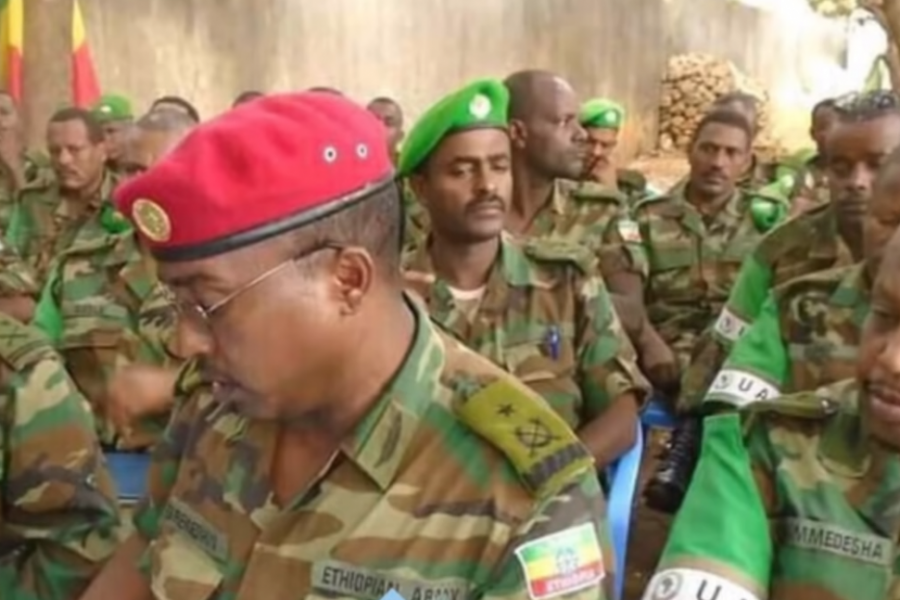 Seventeen Tigrayan military officers have been accused of treason. The jury is out as to whether their case will be tried in a military or civil court.

Major-General Gebremedhin Fikadu and 16 other senior Tigrayan military officers were apprehended following the 4 November attack on the Ethiopian National Defense Force in Tigray. According to the Federal Police, the officers are accused of causing a communications breakdown between the Central Command of the military and its northern regiment.

Now, there are questions about which part of the judiciary—the Primary Military Court or the Federal High Court—has jurisdiction.

The notion of military justice

Military justice refers to a seemingly distinct legal system that applies to members of the armed forces and, in some cases, civilians. It establishes a set of rules and principles that regulates the investigation, prosecution, and trial of anyone accused of violating military code and criminal law.

Even though there is no universally accepted definition for the term ‘military crime’, it can be broadly defined as a serious violation directed against military capability, combat readiness, discipline, or effectiveness.

Disciplinary cases, on the other hand, are considered more minor offences that can be dealt with by a military superior or military court through summary proceedings or tribunals.

Establishing a separate military justice system can be justified for various reasons, such as, expertise, national security, and the timely handling of cases.

When politics undermines the judiciary: the case of Mulugeta Tesfakiros
The police have no legal right to appeal a court’s bail order.

The Canadian Supreme Court describes the need to retain military tribunals by saying: “To maintain the Armed Forces in a state of readiness…breaches of military discipline must be dealt with speedily and frequently, [and] punished more severely than would be the case if a civilian engaged in such conduct.”

In Ethiopia, Article 34(5) of Defense Force Proclamation No.1100/2019 indicates that for the purpose of keeping information relating to national security confidential, the court may decide the defense lawyer to be chosen from among the members of the military. This prevents the possibility of a civilian lawyer learning sensitive military secrets.

In spite of arguments for their necessity, there are also criticisms against having separate systems for military justice. These include concerns over partiality, since military tribunals may refuse to grant the right to a free and unbiased hearing in their proceedings.

There are different theories for the assumption of judicial power of the military courts over military offenses and breaches of disciplinary rules.

For example, the status-based jurisdiction would set the jurisdiction of military tribunals in motion in order to cover only members of the armed forces; whereas the service-connected theory of jurisdiction confines its scope to crimes related to military service in general.

Articles 37(1) and 78(4) of the Ethiopian Constitution give constitutional leeway to establish military courts as part of the justice system. Article 28 of the Defense Force Proclamation and articles 284-322 of the Ethiopian Criminal Code also provide legal frameworks for the establishment of military justice in Ethiopia.

Surprisingly, the Criminal Code deals with a military crime and a crime against the defense force as separate and independent crimes. Unlike criminal codes of other jurisdictions, the Ethiopian Criminal Code has incorporated a very narrow notion of military offenses, and excludes many heinous military crimes such as sabotage and disclosure of secrets.

Ethiopia has established two types of military courts: The Primary Military Court and the Appellate Military Court. They follow a mixed approach in order to justify judicial authority—that is, they use the purely military, the service-connected, and the status-based approaches to qualify their jurisdiction.

Any violation of articles 284-322 of the Criminal Code would trigger the jurisdiction of the Primary Military Court irrespective of the suspect’s identity. These crimes, which are military in their nature, apply both to military-status personnel, as well as to civilians who commit military crimes.

Hawks and doves: The great divide over the war in Tigray
By Fassil Hailu

The Primary Military Court also retains its jurisdiction when the suspects are either civil servants or members of the defense force, and have committed non-military offenses while on active duty.

On the other hand, the Federal Courts Establishment Proclamation No. 25/1996, provides first instance criminal jurisdiction to the Federal High Court over offences criminalized under articles 238-283 of the Criminal Code.

There are exceptions, however, which also give the federal courts jurisdiction over military offenses.

The Federal Supreme Court also retains power of cassation and can review any final decision of a military court which contains a basic error of law.

Which court shall preside?

Major-General Gebremedhin Fikadu and the other senior officers were arrested on suspicion of disrupting communications systems and exposing federal troops in Tigray to attack.  In addition, police said they found evidence that shows the officers illegally supplied Tigrayan forces with communications equipment.

The case is still undergoing a preliminary hearing, and specifics of the charges are not available. Nevertheless, there is evidence that a jurisdictional conflict is emerging.

According to the police report, the accused are alleged to have committed a crime of treason—which is the most serious crime under Article 248 of the Criminal Code. In committing treason, we can identify fragmented material facts that may constitute independent military crimes, such as mutiny and conspiracy or concert to raise a mutiny as provided under articles 299 and 300 of the Criminal Code.

However, as per Article 61 of the same code:

“The same criminal act or a combination of criminal acts against the same legally protected right flowing from a single criminal intention or negligence, cannot be punished under two or more concurrent provisions of the same nature if one legal provision fully covers the criminal acts.”

In this specific case, the high crime of treason would supersede any separate military offenses that could be tried in a special court. The crime encompasses a variety of other criminal acts, including those which are purely military in their nature.

Ethiopia has its own legal regime for military justice, which operates in times of peace and times of war.

In the case of Major-General Gebremedhin Fikadu et al., the accusation of treason is considered a serious non-military crime, and is the highest committed offense.

It is therefore likely that the Federal High Court will obtain jurisdiction over the Primary Military Court in trying the case.

Alemseged has a LL.B, LL.M in International Law and he is now serving as a Lecturer of Law at Dire Dawa University

Eshetu has a LL.B, LL.M in Human Rights Law and he is now serving as Lecturer of Law at Dire Dawa University