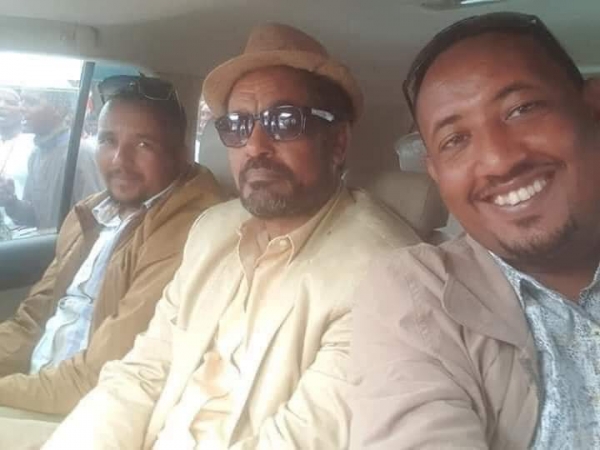 The Federal High Court dismissed six of ten counts against Jawar, Bekele and co-defendants. All counts related to the illegal possession of firearms.

Oromo Federalist Congress leaders Jawar Mohammed and Bekele Gerba, as well as activists Hamza Borana and Shemsedine Taha are on trial with 20 others for crimes including foreign collusion, murder of a police officer, and intent to topple the government by force.

They were arrested during unrest the day after Hachalu Hundessa’s 30 June assassination. More senior opposition leaders as well as journalists and political activists are also facing prosecution in other ongoing cases.

On 22 January the prosecution was expected to present an amended version of the charge as per the court’s order. Six of the counts under review related to the possession of firearms without a license.

The defense asked for the dismissal of the six counts because the time limitation provided under the Firearms Administration and Control Proclamation gave a period of one year following its enactment for unregistered firearm holders to acquire licenses. That period expired on 8 January.

Accordingly, the court ordered that the six counts for firearm possession be amended to reference other relevant laws and provisions of the Criminal Code.

However, the prosecution did not change the counts as per the court’s order. Rather, it presented the court with a one-page letter which stated that there are no other laws more relevant to the crime than the provisions under the firearms proclamation. As such, the prosecution stated they did not wish to alter the provisions under the counts, and that the counts should be considered valid as they are.

After a recess, the court ruled to dismiss the six counts, stating that they cannot be reviewed as they are based on the firearms proclamation.

Defense lawyer Kedir Bullo told Ethiopia Insight that he thought the prosecution might appeal on the court’s decision to dismiss the counts.

The prosecution did comply with the order to amend other parts of the charge.

Count number three of the charge, for example—which is issued against Jawar alone—was specified by the prosecution, as ordered. The previous count charged Jawar for violating Article 6(2) of the 2020 Prevention and Suppression of Terrorism Crimes Proclamation. This article relates to the crime of preparing to commit an act of terror.

The defense argued that the action of the defendant described under the count is one that should be entertained as planning to commit a terrorism act. As such they asked that the count be changed to violating Article 6(1)—which deals with planning, not preparing, to commit terrorism.

Additionally, the defense argued that the count narrowed the defendant’s right to present an argument by raising “the question whether the defendant merely planned or made preparations to commit a terrorism act”.

Accordingly, under the third count, the charge now states that Jawar has made  preparations to commit a terrorism act.

The first count of the charge sheet was also amended according to court order. Count number one alleges that the first 15 defendants—including Jawar and Bekele—used mainstream and social media to initiate ethnic-based war and a civil uprising against the government.

The defense’s written argument submitted on 2 November of last year argued that the charge does not sufficiently specify which mainstream and social media platforms the defendants allegedly used and that in effect constrains their rights to present a defense.

The court accepted the argument regarding only Hamza Adane, defendant number 3, while stating that the media types had indeed been specified for the other defendants.

On 22 January, the charge against Hamza was resubmitted with specifications. The amended version of the count alleges that the defendant used the Oromia Media Network (OMN) and his own Facebook account to initiate ethnic war and rebellion.

The court also ordered the term ‘Shane’ mentioned in the charge to be clarified. The previous charge alleged that the defendants collaborated with ‘Shane’, but did not specify whether ‘Shane’ is a group or an individual. The amended version now refers to ‘Shane’ as a group.

After reviewing the amended charge sheet the court proceeded to ask how the defendants plea regarding the upheld counts.

However, the defense attorneys asked the court for additional time to review and affirm that the latest version of the charge has indeed been amended in compliance with the court’s order, before the defendants gave their plea. The court accepted the request and adjourned until 27 January.

All of the remaining counts on the charges have been upheld, according to court order on 12 January. On that hearing, the court stated: “In general the court finds most of the arguments made by the defense to lack bases on the law and it declines the arguments.”

On the 12 January session the four defendants, including Jawar and Bekele—who were absent in past sessions held—also expressed their objection to the court’s order to use force to bring them to court. The defendants argued that their intention was to avoid further chaos in the country, as people would rise up if they are attacked on the way to the court. They contended that the government and the judges have full responsibility for their safety, and cannot blame anyone but themselves should harm come their way.

Before that session adjourned, defendant Dejene Tafa also urged media outlets, especially government-owned networks, to remain neutral. He implored members of the press to honor journalistic ethics, and to refrain from taking sides or giving opinions, saying simply: “You should only report on the court proceedings.” He asked that the court give an order to request media objectivity.

The court agreed with Dejene, saying “it won’t do good to report other things.”