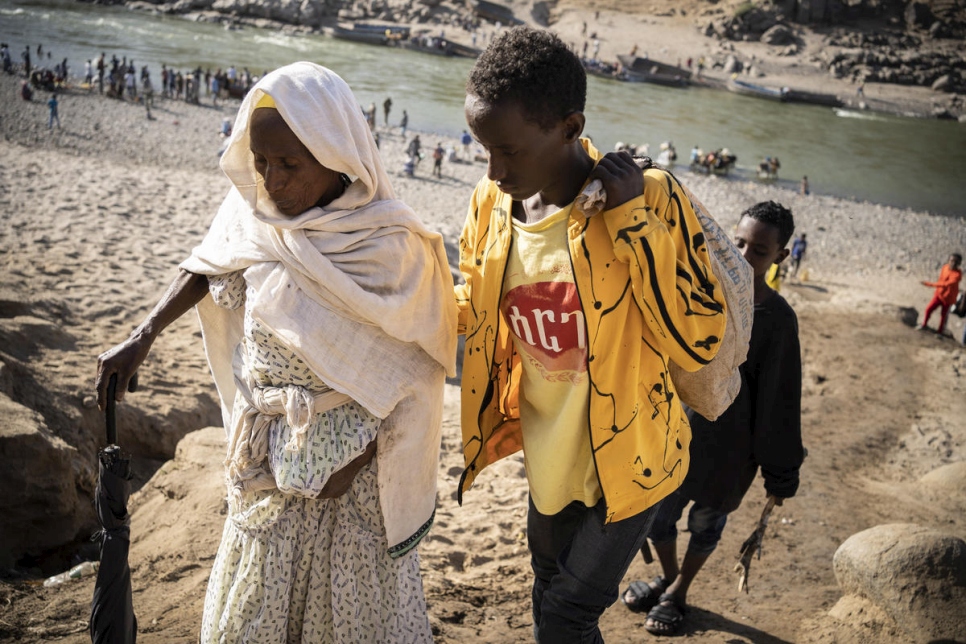 The federal government appears to be indifferent to the mass suffering of Tigrayan people, writes a leading member of Arena Tigray opposition party.

As a result of the war in Tigray, the region is in chaos and suffering a severe humanitarian crisis. Tigrayans are living in fear and suffering en masse.

Although the government has claimed that the conflict ended on 28 November with the capture of Mekele, it is still going on. For instance, there are reports of fighting in mid-January from the UN in Western, North-Western, Central, East, and South-East Tigray zones.

The federal government called the war a “law enforcement operation,” and said that its three objectives are disarming the Tigray People’s Liberation Front (TPLF), the regional ruling party dubbed a “junta”, replace it with an interim administration (the deputy leader of my party, Arena Tigray for Democracy and Sovereignty, Abraha Desta was appointed the social affairs cabinet member), and bring wanted TPLF leaders to justice.

However, information coming out of the region indicates that atrocities with no connection with those objectives have been commonplace: The killing of civilians, looting of properties, destruction of towns, rape, and violent evictions by Amhara groups and Eritrean forces are among the horrors.

The destruction began in the early stages of the war.

Following the entrance of the Ethiopian National Defense Force and Amhara regional forces, there were many such reports. For instance, in Humera, after the city was captured early in the war, banks, hospitals, and private homes were looted, mostly by Amhara forces.

Residents in the capital, Mekelle, have also spoken about widespread looting and vandalism in the city—although some of that was reportedly committed by people released from prison amid the chaotic removal of Tigray’s government.

Most worrying, however, are the killings of civilians and other grave human rights violations.

According to the witness accounts of Tigrayan refugees in Sudan, members of Fano, the Amhara vigilante youth group, and other Amhara militia played a leading role in this. Among others, there are reports of Amhara militia and Fano members engaging in widespread torture, beating, and killing.

In Rawian, Western Tigray, I received a report in early December from a trusted contact of a girl being taken away from a farm and raped by nine Fano. I have also received a similar report around the same time that 40 civilians were killed in Southern Tigray.

Other innocent civilians were also killed in a gruesome manner.

Some were slain inside their home, such as a man named Berhe Abraha killed in the house of his in-laws in Adiwade. His father-in-law, who was screaming and crying, was also killed in the compound. A priest by the name of Bayra Micheal was murdered inside St. Arsema church in Adikeyh.

Making matters more complicated, for Fano and Amhara groups engaged in the battle, the war is an opening to achieve their irredentist agenda of reclaiming what they consider to be Amhara land. On top of that, a sense of revenge is also driving the Amhara groups.

In regions of Southern Tigray such as Alamata and Korem, Amhara police officers and government officials have been reportedly threatening Tigrayans to not speak Tigrinya, various non-Arena sources told me. They are also pushing Tigrayans in the area to claim they are Amhara and to speak Amharic at all times. Those who speak Tigrinya are denied access to public services, including to the police.

The federal government must make it clear that the land reclamation agenda doesn’t have anything to do with the war. The war’s aim is removing TPLF from power, and attempts to engage in a practice that jeopardizes the territorial integrity of Tigray and the safety of innocent Tigrayans are unacceptable. Questions related to regional boundaries must be dealt only through constitutional avenues, as the Prime Minister promised in his ‘victory’ address.

Hawks and doves: The great divide over the war in Tigray
By Fassil Hailu

Making the situation worse, the federal government has blocked virtually all independent means of communication. As a result, it has near-total control over the narrative. We don’t have much information about what is happening on the ground—and we have good reasons to be skeptical about some of the reports we are getting from government sources.

With international human rights groups and humanitarian actors not being able to gain full access to the war-affected areas, there is a serious lack of transparency, and the authorities cannot be trusted.

In fact, it seems like the federal government is lying about some facts on the ground. A case in point is the massacre in Maikadra.

In this extremely tragic incident, both innocent ethnic Tigrayans and Amhara were killed. However, the prime minister and his government told the world that it was ethnic Amhara who were killed. Although both the government and the Ethiopian Human Rights Commission presented Tigray forces as the sole perpetrators, we have credible reports indicating Amhara forces attacked innocent Tigrayans during the incident.

International organizations should be allowed to go to Maikadra and various areas of Tigray and investigate the situation on the ground. We need a thorough investigation of human rights violations, fatalities, and the overall situation. Independent media organizations must also be given access.

Another issue that requires thorough probing is the involvement of Eritrean troops. Although the Ethiopian government refused to admit it, it is now beyond clear that Eritrean forces are heavily involved in the war.

The reports we are getting indicate that they are engaged in widespread looting, destruction, and the killing of civilians. In Adigrat and Edage Hamus, for instance, it was reported that Eritrean soldiers killed many civilians and committed summary executions.

Eritrea’s involvement is worrying, and we need details on the extent to which it is happening.

Furthermore, it is crucial that humanitarian organizations get full access to Tigray. There is a serious shortage of basic services and supplies such as food, water, medicine, and sanitation, as my party colleague Abraha and other interim officials have detailed. According to UNICEF, over two million children in Tigray do not have access to humanitarian assistance.

The secret war in Tigray
By Mistir Sew

Worryingly, we are now getting reports of people in, among others, Shire, Axum, Adwa, Tembien, Hawzien, and Zalambesa dying of hunger. In the city of Adigrat, water shortage has forced people to drink from rivers. Fearing attacks, some are living in caves.

The federal government seems indifferent towards the plight of the Tigrayan people. Rightly concerned, the European Union decided to suspend 88 million Euros budget support until the government provides full access.

Furthermore, internet, telecommunication, water, and electricity should be restored fully. These are as essential as the other basic needs, and many Tigrayans are currently living without them. As a result of the conflict and bank closures, economic activity is dead in the region with many workers are not receiving salary. This is adding to the suffering, and it is crucial that access to financial services is fully restored.

Mass displacement is another worrying issue that ought to be addressed immediately.

According to an official of the Tigray interim administration, over 2 million people have been displaced as a result of the war. Despite the government’s claim, of those who fled to neighboring Sudan, children and women make up the majority.

It is also important that Tigrayans who wish to seek safety and international protection outside of the country in Sudan are allowed to do so. There have been reports indicating that the Ethiopian army is blocking refugees. Such attempts must stop immediately.

Like many other ethnic Tigrayans and fellow Ethiopians, I am extremely saddened by what is happening in Tigray. The fact that the vicious cycle of war is continuing is tragic. It will leave deep scars that will not heal for years to come.

The dark history of Mussolini’s chemical attacks on Tembien during World War II is something that our grandparents and parents used to talk about. The dread lingered for decades. Sadly, the same will be the case with this war.

Tigray has had enough conflict, and this one must come to a stop. This is the one thing that all Tigrayans want to see.

The federal government might have the illusion that it can bring the war to an end by continuing the fight until total victory is gained across the region. However, things are not this simple. The war is not supported by Tigrayans and political parties in Tigray. For instance, many members of my party, Arena Tigray, who boycotted the TPLF’s hastily organized and unsatisfactory regional election, are wholly against the war, although we have not been able to hold a formal meeting due to the chaos.

The causes and course of the Tigray conflict, according to Abiy Ahmed
By Negash Haile

With no support for the intervention from the general public and political parties who are against TPLF, it is unlikely that defeating TPLF will result in peace. Furthermore, the increasing humanitarian crisis, the human rights violations, the killing of civilians, the Amhara occupation, and the involvement of Eritrean forces are making peace far from reach.

As far as I can tell, the only way the region can get back to some normalcy is through some form of negotiation. In particular, the federal government negotiating with Tigrayan militias and political parties in Tigray can open the path to peace. It is also important that the general public in Tigray is consulted and participates in the decision-making processes.

For now, however, all of us must do our best to make sure people in Tigray get all the humanitarian help they desperately need. To this end, we must push the government to be transparent and give unrestricted access to all aid organizations.

Goitom is the vice-chairman and a founding member of Arena Tigray for Democracy and Sovereignty.