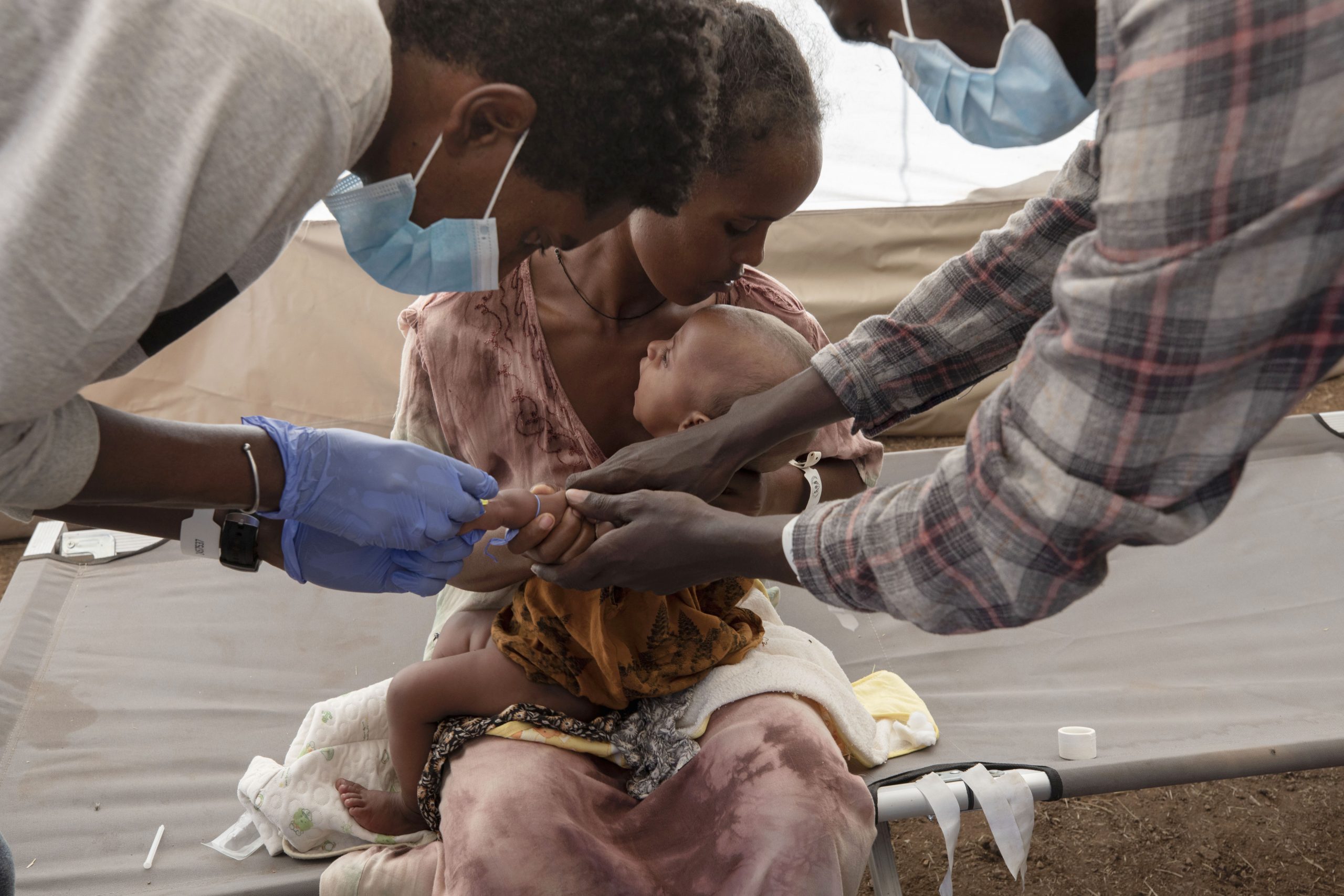 The fighting must stop to ease the suffering and allow the health system to recover.

It is now over three months since the fighting between Tigray regional forces and the Ethiopian National Defence Forces (ENDF) (along with Amahara Special forces, Amhara militia, and Eritrean Defence Forces) broke out in Tigray.

The entire region has been mostly cut off from the rest of the world during the conflict, creating an information vacuum regarding the true nature and scale of the humanitarian crisis in the region.

To determine the extent of damage to the health infrastructure, we conducted a rapid unstructured interview with an official of the regional health bureau dispatched to assess the situation in the region at the beginning of this month.

About 80 percent of patients who made it to hospitals in the region in December 2020 had trauma-related injuries. However, in 21 of the 40 hospitals that were officially assessed by the regional health bureau, only eleven hospitals were deemed fully functional: six were completely demolished, nine were partly functional, and one was turned into a hospital that serves military personnel only.

Similar situations were reported when it comes to health centers, health posts, and ambulance services. In the facilities that were spared from destruction, there was hardly any medication, and patients suffered from malnutrition and the lack of water and sanitation. There is also an acute shortage of medicine and relief services for the region as a whole,  including for over 100,000 Eritrean refugees sheltered in the region.

At the time of writing, almost 85-90 percent of health centers were non-functional, and about 90 percent of ambulances were either destroyed or looted. Only four of the 21 officially inspected hospitals had functional ambulance service. Supplies from the Federal Ministry of Health were dispatched only to 70 of the 250 health facilities.

We have summarized the damage to the health infrastructure by zone in Table 1. The status of hospitals, health centers, and health posts in Southern and Western Tigray could not be determined because they were under the occupation of the Amhara militia.

Table 1. Health facilities’ status in Tigray from November 2020 to February 2021.

There is a high level of attrition of health workers. Health care workers were either displaced, killed in the conflict, or had their services terminated because of protracted unpaid salary for the last three months. This has led to the collapse of the health extension program, a pillar of the health system in the region.

Before the war, 94 percent of women in the region had access to antenatal care (ANC), 73 percent gave birth in health facilities, and 63 percent received post-natal care within two days. However, according to the Tigray regional Health Bureau’s report, currently, 45,000 mothers have been left without access to ANC since the war had erupted.

Furthermore, 41,000 children have not been immunized because all immunization services were suspended since the war broke out. In the very short term, the absence of vaccination service poses the possibility of the outbreak of vaccine-preventable diseases, while in the long term exposes the population to complications such as heart diseases, developmental delays, and deafness.

Before the civil war, between 600,000 to 950,000 people in Tigray were severely food insecure and depended on food aid. Since the start of the war, the number has increased substantially. About 75 percent of the regional population (approximately 4.5 million people of which 2.2 million are children ) are now food insecure and in need of immediate humanitarian assistance.

The severity of the problem has been exacerbated due to the breakdown of the social and economic fabric of the society. After the war started, the region was completely insulated from the rest of the country and international borders. Basic services including banking, communication, and electricity services were not functioning.

In Sub-Saharan Africa, poor cognitive functioning and increased health care costs associated with stunting costs the region about two to three percent of economic growth. Accordingly, in the long term, we may be looking at an increased financial burden on the region’s health care system and its economy.

While existing outbreaks such as COVID-19 are likely to worsen due to the war, the collapse of the primary health care system and disease prevention activities mean that outbreaks of other infectious diseases, including malaria, measles, cholera, and yellow fever may re-emerge. Furthermore, WHO reports indicate signs of acute watery diarrhoea cases, and other new emerging illnesses have the potential to become significant outbreaks.

The conflict in Tigray has also led to sexual violence and abuse, including rape cases. In a recent assessment by the Ethiopian human right commission in Southern Tigray and Mekelle, 108 rape cases were reported. These women are at risk of serious physical and mental health complications, including unwanted pregnancies, sexually transmitted illnesses, post-traumatic stress disorder, depression, and suicide.

The UN described the situation in Tigray as follows: “Overall, the humanitarian situation remains extremely concerning with each passing day without or with limited access to food, nutrition supplements, healthcare, and other basic services and commodities.”

The key to addressing the complex health challenges due to the war in Tigray are:

1) The international community should put continuous pressure to stop the fighting.

3) Allow unhindered access to humanitarian aid such as food, water, and shelter.

5) Rebuild the health care system. This will require the reconstruction/rehabilitation of physical health facilities, health posts, ambulances, roads, communication infrastructure, and the re-stocking of drugs and medical supplies. Health extension workers need to recommence their job and be provided with trainings to cope with new demands.

This is the authors’ viewpoint. However, Ethiopia Insight will correct clear factual errors.

The views expressed in this opinion piece are the authors’ and not necessarily of the institutions funding their research.

Main photo: A Tigray woman who fled the war holding her severely malnourished and hydrated son as nurses give him IV fluids at the Medecins Sans Frontiers clinic in Qadarif, eastern Sudan; 5 December 2020; AP.

Fisaha is a postdoctoral research fellow at Deakin University, Institute of Health Transformation.

Hailay is Australia's National Health and Medical Research Council (NHMRC) postdoctoral research fellow in the College of Medicine and Public Health at Flinders University. He is also an honorary Assistant Professor in College of Health Sciences at Mekelle University.