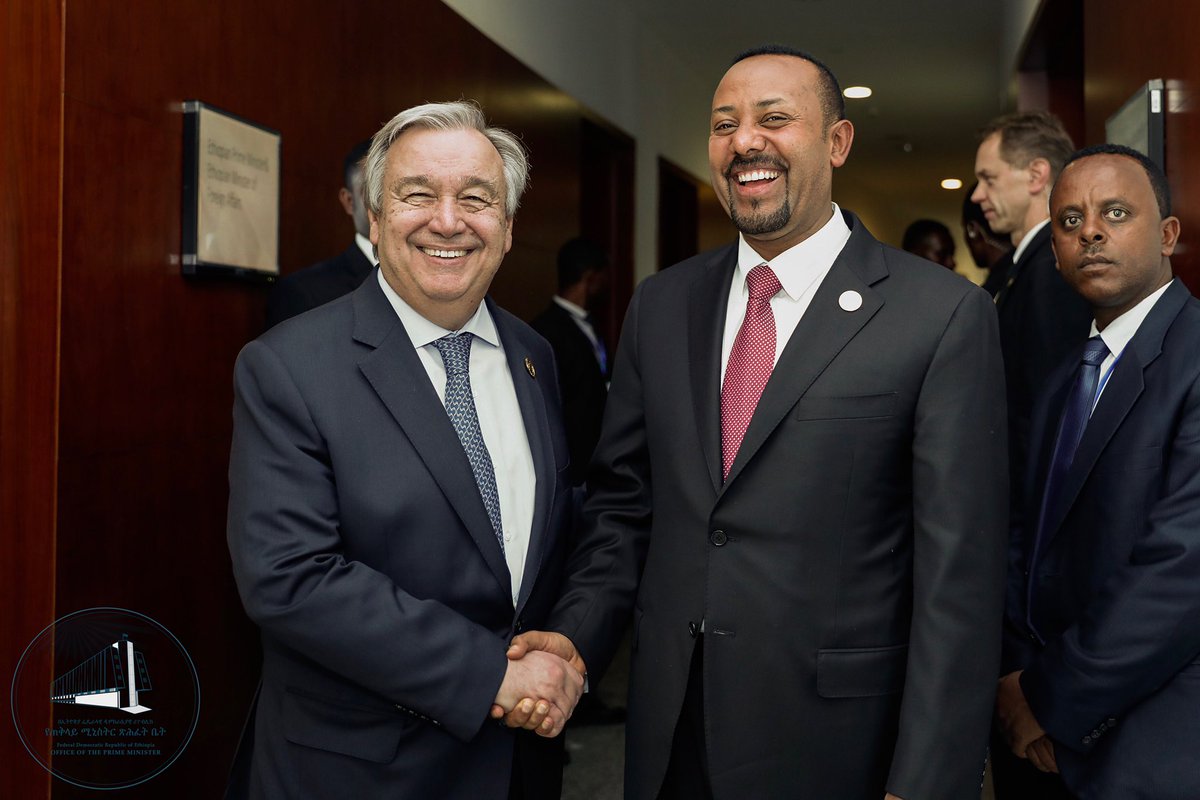 Global strategic interests and domestic politics in Ethiopia are impeding the ending of hostilities in Tigray.

The war in Tigray has resulted in a catastrophic humanitarian crisis. International and domestic observers had released reports on gang rapes, extrajudicial killings, destruction of property, and deaths from starvation.

On 19 November, the European Union announced, “Progress remains very limited in Tigray, fighting is ongoing, and humanitarian access is still being prevented.”

The United States and European countries have called for a cessation of hostilities and peace talks. These calls, however, have fallen on deaf ears.

The United Nations Security Council (UNSC), where matters of conflict supposedly find a solution, cannot even make an official statement on Tigray. This is after discussing the crisis for the fifth time last week.

Why is the international community having difficulty resolving the most gruesome conflict that has profound security implications for the region?

First, according to a senior diplomat, who wishes to remain anonymous, “Ethiopia is too big to fail.” The argument goes, undue pressure on Prime Minister Abiy Ahmed and his government will weaken an already stretched national army engaged in military operations in many parts of the country: from Metekel to Wellega and now in North Shoa

The fear is that if the Ethiopian government is pushed too hard, it might embolden other disgruntled groups to launch armed resistance.

Conflicts will then mushroom everywhere, and millions will become displaced. “A horror of unimaginable proportions,” according to the diplomat mentioned above. He is, of course, referring to the potential refugee flows out of the country and the creation of fertile grounds for terrorist groups to flourish.

Therefore, members of the international community are engaged in wishful thinking that somehow the war in Tigray will end soon, secretly hoping the federal government will emerge as the winner.

Second, members of the international community are hesitant to denounce Abiy Ahmed, someone they hailed as a political reformer and an economic liberalizer, so much to award him a Nobel Peace Prize just a year and a half ago.

How could they now turn and hold the same man responsible for the many atrocities committed by his soldiers or those he allowed and encouraged to march into Tigray undeterred: Eritrean troops and Amhara regional forces.

The powers to be are punching him with a velvet glove and no iron fist in it. The trips to Addis Ababa by the envoys and emissaries had not resulted in anything substantial apart from the proverbial diplomatic speak “we are deeply concerned about the situation in Tigray.”

Exceptions are when the United States publicly declared that ethnic cleansing is taking place in western Tigray, and the European Union withheld €88 million for development assistance. They are also demanding the immediate withdrawal of Eritrean troops and Amhara regional forces from Tigray’s territory.

Third, the international community, who in this case we can crudely call the “West,” has a somewhat checkered history when it comes to forceful interventions. Iraq, Afghanistan, and Libya are cases in point.

The military interventions in these countries have not turned out as expected. Peace and development are still far from being achieved despite the many lives lost and the billions of dollars spent rebuilding war-torn economies.

Fourth, there is no functional international mechanism to address a crisis of such magnitudes as the one we are witnessing in Tigray.

The UNSC failed time and again to provide the leadership where the responsibility to protect populations from war crimes, crimes against humanity, and ethnic cleansing can be enforced. The ongoing wars in Syria and Yemen testify to this.

The international community sat back and let Syria destroy itself for a decade, with foreign forces actively participating in the conflict. Thousands perished, millions are displaced, and half of the country is razed to the ground.

World leaders are watching Yemenis starve to death slowly. Both Barack Obama and Donald Trump not only turned a blind eye to the suffering of civilians, but they also supported and struck arms deals with Saudi Arabia, one of the protagonists of the deadly conflict.

There is little hope that members of the UNSC will forge any compromise on Tigray either. The lack of willingness by China and Russia to reach a consensus continues to be a major stumbling block. They seem to be calculating the potential benefits lest Abiy Ahmed and his government pivot to the “East.” Striking exclusive deals on trade and investment with a county of Ethiopia’s size is a strategic trophy.

His allies come in different shapes and forms. Some see him as the avenger for the past human rights abuses committed by, ironically, the party he belonged to as a senior official: Ethiopian People’s Revolutionary Democratic Front (EPRDF), which has morpheme into the Prosperity Party, a party the Tigray People’s Liberation Front (TPLF) refused to join.

Other supporters of Abiy include those who think he is restoring Ethiopia’s past glory by moving away from “identity politics”, which they claim has divided the country for three decades.

Although the recent cycle of violence against Amharas in various regions has made them critical of him, a considerable portion of the Amhara population is also grateful to Abiy Ahmed. He effectively allowed them to lay hold of large expanses of land in the Western and Southern Tigray regions.

Foreign governments, therefore, realize that punishing Abiy Ahmed and his party will have little impact. They fear he will run roughshod over them, relying on his domestic political capital coupled with a possible pivot to the East.

To sum up, members of the international community have put themselves in a real bind when it comes to ending the war in Tigray. The more they dither, the more they are accused of overlooking the horrific atrocities on civilians.

On the other hand, serious measures such as economic sanctions may harden Abiy and his government even further, losing him altogether to a state of pariah.

But, hard choices have to be made, and they have to be made swiftly and at all costs. Enforcing a ceasefire is the first step to protect civilians and stop the looming famine in Tigray.