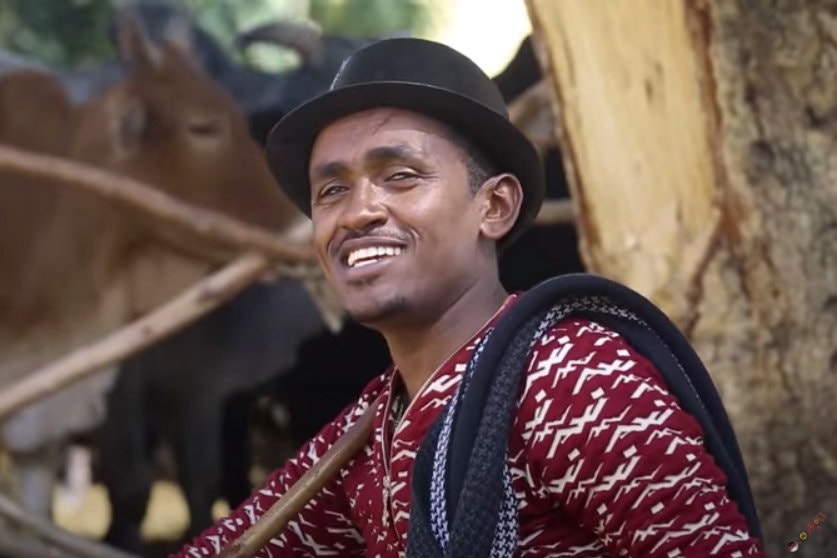 As we remember Hachalu around the anniversary of his death, we ask with him, “Maal Mallisaa?”

On 29 June, a year after his tragic assassination, many Oromo people and fans from all over Ethiopia commemorated Hachalu Hundessa, the iconic singer and freedom fighter. The deep sorrow and pain were still visible.

A music album he has been working on before his death titled “Maal Mallisaa?” (literally meaning What could be its solution?) has been released by his family.

“I feel the pain that our people have been in. I hope the people will calm down as they hear his voice,” said Hachalu’s wife, Mrs. Fantu Demissie, during a press conference held in Addis Abeba, on the release of the album.

In the capital Addis Abeba and elsewhere in Oromia regional state, youth groups wearing shirts printed with Hachalu’s pictures and related graphics were seen on the street and at various gatherings. Such posters were also widely shared on social media platforms with messages that promote the profound legacy of the late musician.

“History never decays. The ways you showed the generation will never be reversed. It will continue unabated,” says one of the stories shared on Facebook, along with pictures depicting youth from Oromia remembering their icon.

A freedom fighter and critic

Hachalu had effectively utilized his songs to promote unity, love, and solidarity among Oromos, and pushed for Oromos to mobilize against injustice and inequality.

One of his most-loved songs titled “Maalan Jiraa?” (What is this life of mine?) was linked with the grand Oromo protest that erupted in 2015 resisting the unpopular Addis Abeba Master Plan. The master plan was resisted for expanding Addis Abeba into neighboring Oromia towns and villages and compromising the rights of farmers and indigenous people.

It was around that time the selfless Qeerroo started to resist the implementation of the master plan through nonviolent struggle that included civil protests across Oromia. Here are few lyrics from “Maalan Jira?”:

“They destroyed that mountain, that was never meant to be destroyed

They separated us, we are separated

We were not meant to be separated”

This song was considered fuel to the Qeerroo protest which was entering a decisive chapter, and, of course, it was a bombshell to the TPLF-dominated EPRDF regime.

Hachalu’s criticised organizational dilemmas, institutional inefficiency, and fragmentations among Oromos in his songs. In his second album called “Waa’ee Kenya” (Our Cause), for instance, he sang:

“This cause of ours is unforgettable

Neither could we give up and rest

nor could we unite and be victorious”

In December 2017, Hachalu performed at the Millennium Hall in Addis Abeba in front of high-ranking government officials, including Prime Minister Abiy Ahmed.

In the fearless performance, Hachalu prophesied the changes that would happen in the Ethiopian political system in the near future. Here are a few lyrics from the resistance song known as Geerarsa in Afaan Oromoo:

“Do not wait for help to come from outside. Stand up and rise, prepare your horses and fight, you are the one close to Arat Kilo (the palace)”

In April 2018, about four months after Hachalu called on his people to rise up and take over political power, Abiy was sworn in as prime minister.

But, it’s unquestionable that the major causes for which Hachalu stood for—freedom and justice—have not been achieved in Ethiopia in general and in the Oromia region in particular.

Hachalu’s influence in Oromo and Ethiopian politics was massive. And, this is why his assassination has also had a significant impact on the national political landscape.

Following his death, dissidents were silenced, formidable opposition forces and popular leaders were jailed, political alternatives were crashed, and media was suppressed by the Ethiopian government. Among others, Bekele Gerba and Jawar Mohammed of the Oromo Federalist Congress (OFC),  a party that was expected to be a formidable opposition to the ruling Prosperity Party (PP) in Oromia, were arrested as a result of tension that followed his assassination.

It can be argued that the ruling party has used Hachalu’s assassination for its political advantage. This has been evident in the recent Ethiopian elections in which PP ran for federal and regional seats almost without any meaningful challenge from opposition parties in Oromia.

So, “Maal Mallisaa?” (What could be the solution?), in the words of Hachalu.

On the one hand, it is possible for Ethiopia to enter a post-election, all-inclusive national dialogue in which all concerned bodies participate. This path will surely fulfill the promises of democracy and inclusiveness made in 2018.

On the other hand, the ruling party could opt to continue suppressing democratic forces and alternative political movements with the ambition of achieving prosperity and unity at the expense of democracy and human rights. It is hard to predict where this choice would take the country, but one thing is sure: it wouldn’t realize democracy, justice, and stability—causes Hachalu fought for his entire adult life.

Main photo: Hachalu Hundessa in an image still from the video of his music clip “Maalan Jira.”