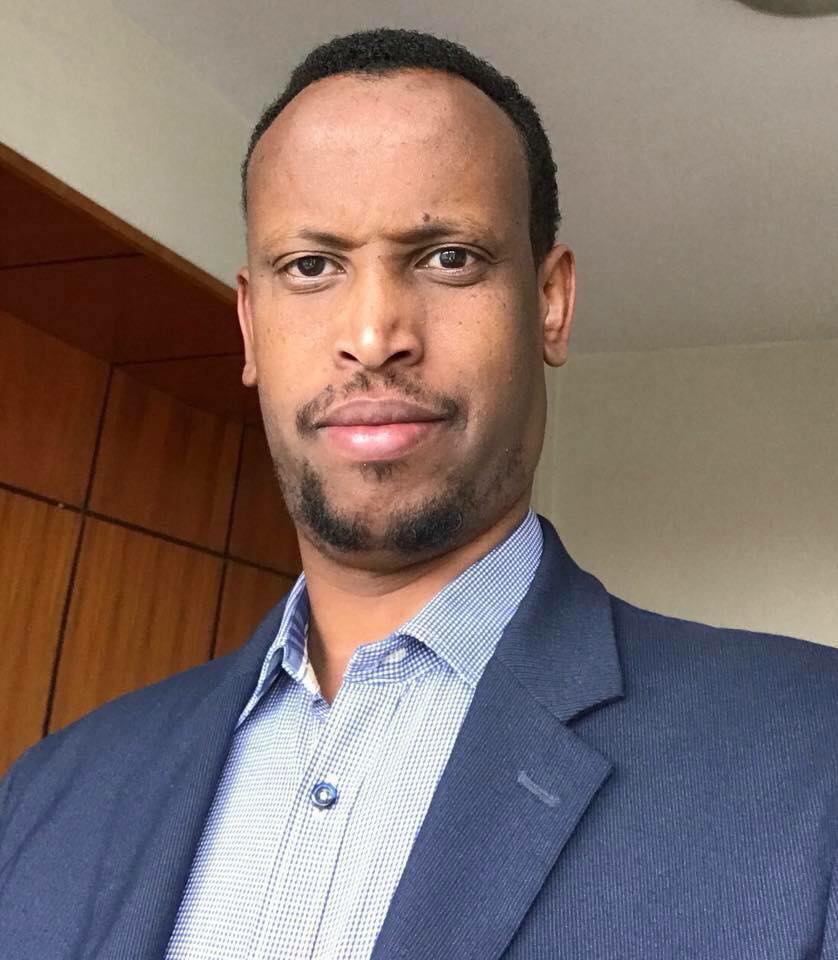 A top opposition member from the Somali Region was released this past Saturday after spending over two months in jail based on accusations that appear to be politically motivated.

On 14 August 2021, an unidentified plain-clothes security officer raided the residence of the former Vice President of the Somali Region, Abdifatah Mohamoud, in Addis Abeba and flew him from Bole to Jigjiga, where he was arbitrarily detained and only released this past Saturday.

In addition to Abdifatah, another former top official from the previous regional administration, Abdi Saleban (known as ‘Abdikuus’), was also among those taken to Jigjiga and released this past Saturday with Abdifatah.

According to the detainees, these arbitrary detentions were authorized by the Somali regional President, Mustafa Omer, and were facilitated by Ethiopia’s National Intelligence and Security Service.

When visited in prison, Abdifatah told us: “Mustafa Omer is primarily responsible for my illegal arrest and torturous kidnapping. I have done nothing wrong.” Representatives from the Somali regional administration responded to Ethiopia Insight that, “[Abdifatah] is accused of contacting TPLF junta members in the weeks TPLF was claiming to be advancing to Addis Ababa” and assured that his trial would begin soon.

The Somali Region is still recovering from decades of multilayered state violence and displacement under a succession of repressive central governments. The Somali Region began to experience representation, economic reforms, and some degree of autonomy only after the Derg was overthrown in 1991, while serious and persistent human rights violations continued during the EPRDF era.

Thereafter, he spent time in the capital as an opposition member. After the tables turned on the former administration, Abdifatah positioned himself as a human rights defender by advocating in favor of closing Jail Ogaden and against other human rights abuses in the Somali region.

When Prime Minister Abiy Ahmed installed Mustafa as leader of the Somali Region in the fall of 2018, many Somali people trustingly expected political transformation and progress. In reality, the Somali Region under the Prosperity Party has been defined by political instability and polarization.

Little has changed and many situations have worsened under the current administration. Over the past three years, Mustafa’s administration has failed to develop a common agenda to mobilize people in the region for the common good.

The Somali regional government has increasingly violated the inalienable human and democratic rights of its citizens by harassing, intimidating, illegally detaining, and arbitrarily charging opposition members on the basis of their political perspective.

The abuses committed by the previous regime are worthy of criticism and prosecutions, but they do not serve as the motivation behind the arrest of Abdifatah and others. Instead, these arrests appear to be politically motivated. The charges are not related to Abdifatah’s past and—aside from Abdi’s prosecution for alleged human rights violations—there has been no reckoning with perpetrators from the previous regime.

Officials say the move was justified because Abdifatah and his allies are connected to the Tigray People’s Liberation Front (TPLF), a political entity that the Ethiopian parliament has designated as a terrorist organization.

When questioned about these arrests, a Somali regional official told Ethiopia Insight: “[Abdifatah] has a connection to TPLF bigwigs and has traveled to Mekelle twice in the last three years. He was working on a mission of destabilizing the regional elections. Those are the accusations labeled against him by the regional attorney general.”

As this demonstrates, the federal and regional governments use the war in northern Ethiopia as a justification to suppress and silence political opposition in Oromia, Somali Region, and other parts of the country. This repeats the EPRDF-era tactics of dealing with political dissent by linking opponents with proscribed groups

In reality, these arrests were most likely motivated by two factors: (1) the desire to neutralize Somali opposition members in the lead up to the regional election and (2) to prevent Abdifatah and other Somali leaders from organizing a symposium in Jigjiga.

First, the Somali Region held elections on 30 September, in which the Prosperity Party alone participated. The Somali branches of the Ethiopian Citizens for Social Justice (Ezema), Freedom and Equality Party (FEP), and Ogaden National Liberation Front (ONLF) withdrew from the second round of national elections, citing weaknesses with the electoral process such as registration irregularities.

Local eye-witnesses told us that members of parliament for the Prosperity Party fraudulently received hundreds of thousands of votes in districts with barely that number of residents. Other irregularities were also reported.

The arbitrary detention of Abdifatah and other Somali elites was, at least in part, meant to keep opposition politicians off the streets in the lead up to this election. As a result, the polls primarily assisted Mustafa and his cabinet in consolidating power. That Abdifatah was released soon after the election took place supports the theory that these two events were linked.

Second, reacting to harassment and intimidation by the regional government, many formerly influential politicians who are now in the opposition evacuated the Somali Region and moved to Addis Ababa. In July 2021, Somali politicians living in the capital proposed to convene a symposium to organize the interests and plans of the Somali people in relation to the country’s many political crises.

This symposium represented a call on Somali intellectuals, women, elders, politicians, and community members to bring forward constructive recommendations to guide the uncertain future of the Somali Region.

After meetings were held in Kenya and Addis Abeba prior to the larger symposium, the Somali regional administration used partisan media outlets to begin labeling the Somali politicians who were organizing the convention as “TPLF sympathizers”. This was part of the ongoing attempt to criminalize Abdifatah and others.

The regional government reacted negatively to the prospect of holding this symposium in Jigjiga. Holding such a symposium would represent a threat to Mustafa’s grip on power. This is because he and the Prosperity Party arguably hold little popularity in the Somali Region, despite dubious elections and pro-government demonstrations that some Somalis believe are staged in the manner that has been common across the country under the EPRDF and its successor.

Somali regional security forces, accompanied by high-ranking federal officials, responded by undertaking an operation to end such internal opposition. According to the detainees, top regional security worked with police officials in Addis Abeba to detain the most influential politician, Abdifatah, who organized the conference.

Apparently, to legitimize the arrest of these Somali politicians, Mustafa’s camp followed this up by launching a negative public relations campaign against his political opponents.

Based on these spurious politically motivated allegations, the Somali regional police commission collaborated with federal officials to detain Abdifatah and other prominent figures who represent a threat to Mustafa’s political ambitions.

Some politicians were taken from Addis Abeba and transported to jails or detention centers in Jigjiga, while the whereabouts of others who were abducted remains unknown.

These arrests violated due process, as there was no court warrant. Abdifatah was detained for a little over two months. During that time, he was not formally charged and was not brought before a judge within 30 days, as is mandated by law.

To explain the delay, a Somali regional official stated that Abdifatah’s “case is before the court of law… The courts were closed for vacation but now that they are reopened, it is expected that [they] will attend to his case.”

We, however, believe that the delay actually owes to divisions within the regional administration. Regardless, there is no reasonable justification for these arrests that have been made public.

Allegations of collaborating with the TPLF were seemingly created to clear away opposition in the lead-up to the election and to prevent discussions about corruption, inter-ethnic conflict, and tangible reforms from being held among Somali intellectuals and community members.

Hafsa is the founder and executive director of Maandeeq Women’s Organization (MWO), one of the first women empowerment organizations in the Somali region of Ethiopia. She has an educational background in sociology, women’s studies, and international development.

Harun is a former Somali region official and development expert.