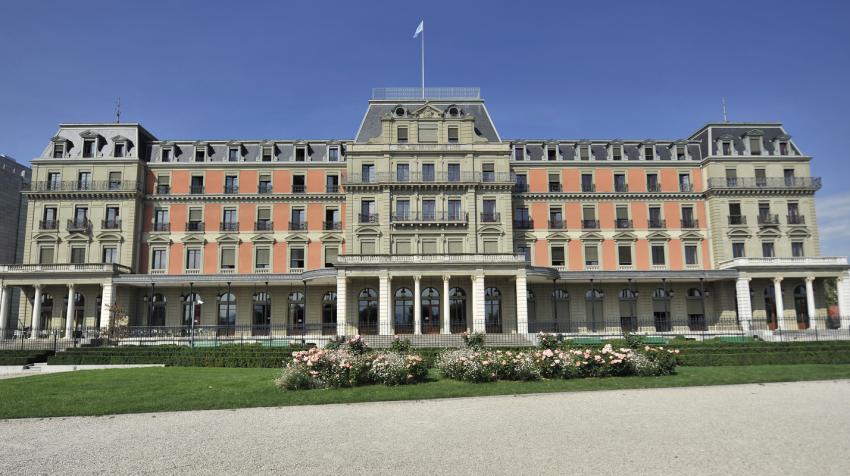 Given gaps in approach and methodology, the joint OHCHR and EHRC investigations may not give an accurate picture of rights violations in Tigray.

Tigray Human Rights Forum (THRF), an organization that strives to promote human rights in Tigray and elsewhere, has been closely following developments surrounding the joint investigation by the Office of United Nations High Commissioner for Human Rights (OHCHR) and the Ethiopian Human Rights Commission (EHRC) into human rights violations allegedly committed in the context of the Tigray war.

In advance, we would like to express our firm belief in the need for an independent, impartial, and credible investigation into all human rights abuses. This particularly holds true in cases of gross rights abuses which, according to various reports, have taken place in Tigray. We further note that such examination is a necessary first step towards holding perpetrators accountable, finding out the truth, laying the groundwork for future peaceful coexistence, and learning from the tragedy.

It is in recognition of this that investigations into human rights abuses need to be conducted in accordance with such important principles as doing no harm, independence, impartiality, transparency, objectivity, confidentiality, integrity, sound standard of proof, and consistency in applying a victim-centered approach, as also contained in the Office’s Guidance and Practice.

Sadly, however, we found that the joint investigation has failed to meet these standards. As a result, we feel that the impending final report of the investigation is unlikely to expose the gravity and depth of violations, ensure appropriate remedy to victims, and hold perpetrators to account. In fact, we are worried that it might be used to vindicate violations committed and further sustain grievances. Below, we identify two points around which we briefly highlight some of the reasons for our conclusions:

1. The involvement of the EHRC in the investigation on equal footing with the OHCHR casts serious doubt on the integrity of the overall investigation and its findings. This emanates from various factors, including the following.

A. There was no good reason, nor a precedent, to involve a national human rights organization in the investigation of such serious violations. We note that it was only due to the insistence of the Ethiopian government that the UN was forced it accept the arrangement. It is imperative in this regard to mention that the Tigray community, including the regional government, has been opposed to the involvement of the EHRC from early on.

B. The Commission does not have the experience in carrying out gross human rights and humanitarian norm violations such as the one at hand. In fact, a study by Amnesty International in 2019 concludes that the Commission is not fit to investigate right abuses unless it is overhauled, which did not happen.

C. The Commission is accountable to the House of People’s Representatives, an organ that designated the TPLF, also a subject of the investigation, a terrorist group. This directly raises questions of independence and impartiality.

D. Many of the reports the Commission released in the past months demonstrates apparent bias favoring the federal government. To mention but few:

E. Most importantly, EHRC’s Commissioner, Dr. Daniel Bekele, has repeatedly revealed his partisanship in favor of the Ethiopian government in many of his statements. Among others:

2. Equally important, the way the investigation was conducted and a subsequent briefing strengthen our conclusion that the impending report is compromised. In this regard:

A. The terms of reference for the investigation have never been made public. This secrecy, which we feel is rather unprecedented, has enabled the investigation to continue without reasonable scrutiny. This is contrary to the principle of transparency. It has also deprived it of the visibility it deserves. Further, we believe that it has widened the mistrust on the process that many in the Tigrayan community have exhibited all along.

B. According to firsthand witnesses, the EHRC’s officers, interpreters, and supporting staff have insulted, discouraged, and interrogated witnesses during the investigation. The expulsion of Mr. Sonny Onyegbuna in the middle of the investigation process, we believe, also adds to the unwarranted interference that the Ethiopian government exhibited, which we fear may be exhibited in the final report as well.

C. As the High Commissioner confirmed during the enhanced interactive dialogue, the investigation covered a fraction of even the widely reported massacres and other violations in Tigray. Leaving out key massacre sites like the horrific Axum massacre, Edaga Berhe, Mariam Dengelat, Mahbere Dego, Togoga, Tembien, and other sites, we trust, will have a detrimental impact on the overall picture of the investigation. Drawing a conclusion with such little investigation, we feel, is unwarranted. Related to this, we are surprised the investigation has covered places such as Gondar and Bahirdar, which have not been as affected by the war and were not contemplated in the original scope of work.

E. During the same event, a representative of the government of Ethiopia was given the opportunity to present his government’s account of the investigation. On the contrary, no similar possibility was given to a select of victims or representatives of victims. We feel that this goes contrary to a victim-centered investigation and could have the potential to skew the international community’s understanding on the matter.

For the above-mentioned reasons, we believe the investigation process raises more questions than answers when factoring in its overall methodology as well as the impartiality of the process. Given these limitations in approach and methodology, we are concerned that the end outcome of the report could end up ignoring victims and promoting impunity. To effectively address such limitations of far-reaching effect, we strongly recommend an inquiry by independent experts under the auspices of the United Nations. A wrong precedent must not be set by failing to address limitations.

Tigray Human Rights Forum is an independent, U.S.-based human rights organization that strives to protect and defend the rights of the people of Tigray. Follow them on Twitter @tigray_rights