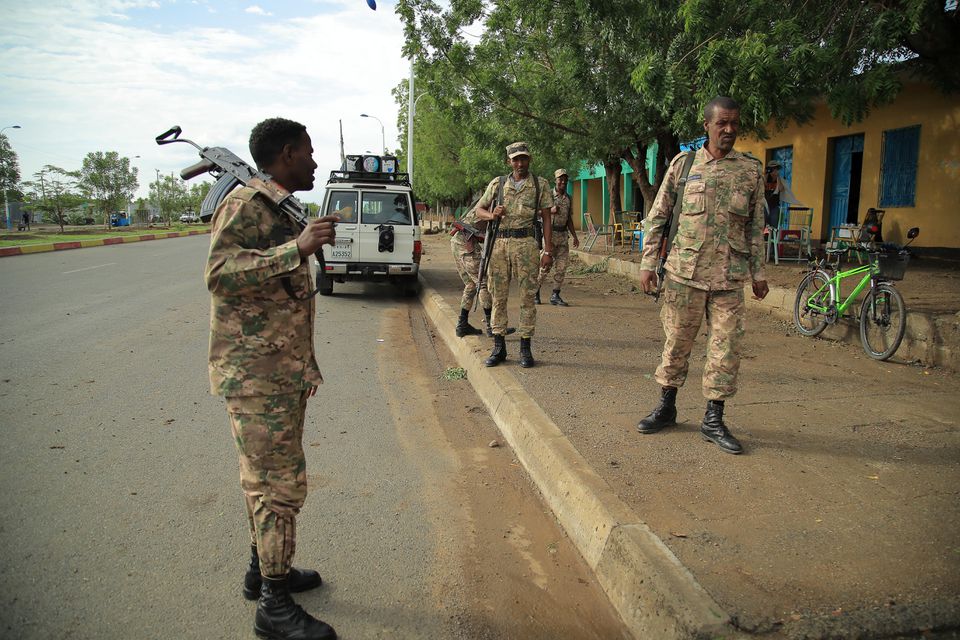 An enduring political solution to the Amhara-Tigray land dispute does not exist in the system that created it.

Despite the indefinite humanitarian truce extended by the Ethiopian government to allow the flow of aid into Tigray and the subsequent public commitment by Tigray’s regional authorities to observe the ceasefire, it is unlikely that the truce will turn into an enduring peace accord between the warring parties.

This is because any sustainable deal requires an agreement on the fate of the contested areas between Amhara and Tigray regions. These territories—which include Welkait, Tegede (Tsegede), Telemt (Tselemti), and Humera districts—were incorporated into Tigray from Gonder (Begemeder), a predominantly Amhara province, without a referendum, following the Tigray People’s Liberation Front’s (TPLF) 1991 state capture and the adoption of ethnic federalism in 1995.

The TPLF lost control of these fertile, sesame-growing areas to federal and Amhara forces soon after the Ethiopian civil war broke out in November 2020, after Tigray regional forces launched an attack against the Northern Command of the Ethiopian National Defense Forces in Tigray and took control of the bases and weapons.

The disputed territories are currently under the de facto administration of the Amhara regional government, although the federal government has not formally approved the incorporation of the areas into the region.

While this land dispute is not the underlying cause of the conflict, resolving it is an absolute necessity for ending the Ethiopian civil war. Nevertheless, the political, military, and geopolitical significance of the area make it very hard to strike a compromise.

There are, of course, other obstacles in the way of a peaceful resolution to the conflict.

These include the designation of  TPLF as a terrorist organization by the Ethiopian parliament, the criminal charges filed against Tigray’s leadership, the resumption of basic services to Tigray, the limited aid flow to the region, the conditions under which the TPLF will be allowed to participate in the planned national dialogue, the scope and extent of cooperation with an independent investigation into alleged atrocities, and Tigray forces’ military operations in neighboring Afar and Amhara regions.

However, none of these are close to the challenge posed by the decades-old dispute between the Amhara and Tigray regions.

For Tigray forces, regaining control of the disputed territories, which border Sudan, is critical as they offer the only currently viable passage to import weapons and other supplies, without which they will struggle to sustain a protracted war with the federal government and thus faces the prospect of a total, irredeemable military defeat.

For Abiy’s administration, the TPLF administration gaining an external supply of weapons poses a mortal danger since it has no guarantee that they won’t make another attempt to march to the capital and remove it.

After all, the disputed territories were under their control when Tigray forces attacked federal army bases in the region. Hence, recovering the territories does not eliminate the possibility of another attempt by Tigray forces and their allies to remove Abiy’s government once reliable access to weapons is secured.

As Sudan is at loggerheads with Ethiopia as a result of the Al Fashaga border dispute—which the Sudanese military has been occupying after the Ethiopian civil war broke out—and over the construction of the Grand Ethiopian Renaissance Dam, it may have the incentive to help Tigray forces.

In addition, there is the threat posed by Egypt.

As a protracted conflict would force Ethiopia to allocate significant resources to its war efforts, ensuring further delay in the completion of the Blue Nile dam, the Ethiopian government is plausibly fearful that Egypt may provide weapons and other supplies to Tigray via the Sudanese border.

Unfettered access to weapons and supplies for the TPLF via the Sudanese border also poses an existential threat to the Eritrean government, as the latter has publicly vowed to chase their arch-enemy to the capital, Asmara.

However, the strongest opposition to any peace deal that saw the return of the strategic area to Tigray will come from Amhara’s government.

Amhara authorities view the area as historically Amhara land, where the Tekeze river has long served as a natural boundary between the two regions. In addition, they recognize that the Ethiopian constitution allows Tigray to secede from the federation, which, if pursued, means that the disputed areas will be controlled by a sovereign national government.

The federal approach to resolving the issue, as well as other similar disputes in the country, was to set up a border commission tasked to make recommendations to the Prime Minister’s Office and the House of Federation, the parliament’s upper chamber vested with the authority to adjudicate disputes between regional states.

This approach, however, is unlikely to resolve the discord.

First, the border commission will very likely recommend a referendum to be held to determine the fate of the areas. But both regional states accuse each other of systemic cleansing of their main ethnic group and are unlikely to agree on the terms of the referendum, including the thorny issue of resettling those expelled and whether the resettled will participate in the referendum—and not only those expelled during the current conflict, but also during the nearly three decades of TPLF administration.

There is, for instance, no consensus between the two regions on the ethnic composition of the area before the TPLF entered the area in the early 1980s and the number of civilians killed and displaced since then.

Second, a significant percentage of the population in Amhara rejects the current constitution that the TPLF-dominated government introduced in 1995. Their view is that the constitution is TPLF’s political program imposed against their will.

Third, even if a consensus is reached on the legitimacy of the constitution, there will not be an agreement on the mechanism to adjudicate the border dispute. For instance, there is no clarity on whether current demography or historical demographic patterns are legally relevant in the adjudicating process.

Another complicating factor is the lack of clarity regarding the overriding organizing principle of the Ethiopian federation. Although the prevailing ethno-linguistic settlement pattern is said to be the main principle, that’s not always the case in practice.

For instance, despite the Harari region being majority Oromo, it was not incorporated into the Oromia region, which underscores the fact that historical territorial claims by an ethnic group could, at times, trump existing ethnic composition of a territory as organizing principle of the federation.

Therefore, although the dominant principle by which states are organized in the Ethiopian federation is ethnicity, it is not clear if current demography supersedes historical territorial claim by an ethnic group in determining the administrative boundaries of a given territory or state.

But, neither Tigray nor Amhara existed as sovereign entities prior to the federal era.

In fact, prior to 1991, Ethiopia was a unitary state, Tigray being one of the provinces—a province that did not include the currently disputed areas.

By the same token, there was no Amhara region prior to 1991 either. There were the provinces of Gonder (Begemder)—which included the disputed areas—Wello, Gojjam, and Shewa.

It is then not clear if the constitution can resolve the dispute between the supposedly “sovereign nations” who theoretically predate it but historically never existed in their current form.

Hence, it is hard to derive a lasting political solution to the dispute, and the civil war, from the very system that created it by organizing Ethiopia along ethnic lines, inevitably pitting groups against each other for resources and power and allowing secession for regions that have no mutually agreed borders.

Therefore, ending the civil war and preventing the occurrence of similar conflicts in the future requires bold leadership to move the country away from ethnic federalism in order to create a federal system where minority rights are protected and citizens enjoy the same rights in all regional states they reside in.

Such measures would effectively render the administrative borders irrelevant in determining the economic and political rights Ethiopian citizens enjoy.

The establishment of the National Dialogue Commission—which the government announced earlier this year with the stated goal of resolving differences on “the most fundamental national issues” among Ethiopians—offers an ideal opportunity to reach a consensus on such a system and build the foundation to set Ethiopia on a trajectory towards sustainable peace, democracy, and prosperity.

Kassahun is an Assistant Professor in the Department of Applied Economics at Oregon State University. Some of his writings on the ongoing conflict in Ethiopia were published in Foreign Policy and Al Jazeera.