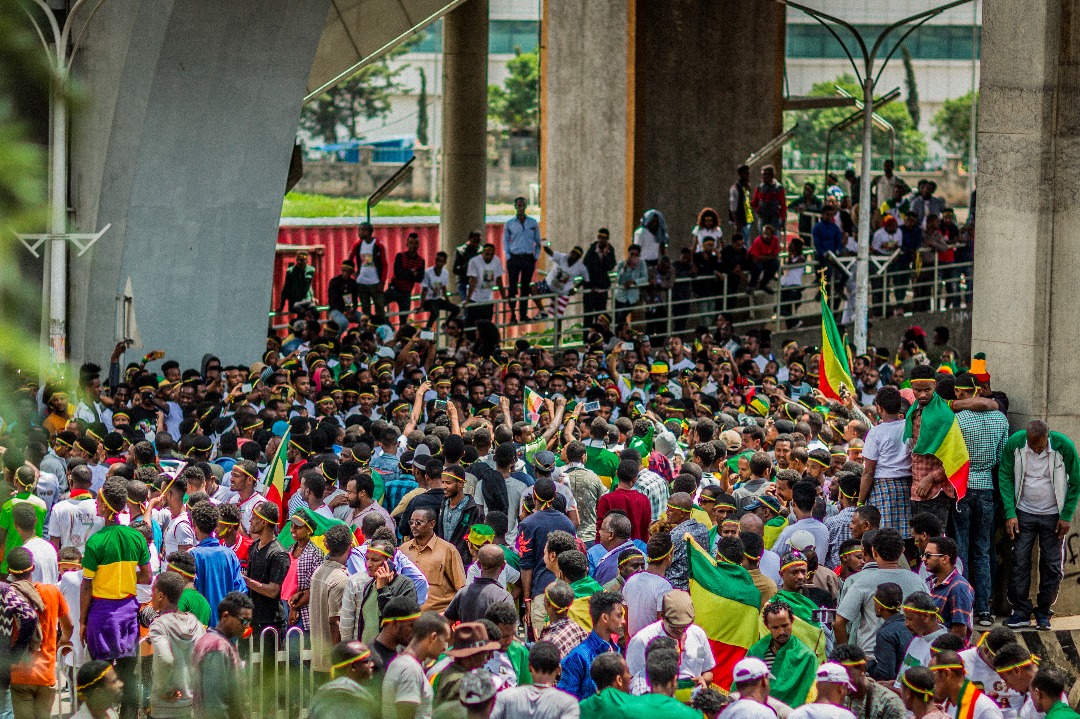 I left Ethiopia shortly after the infamous 2005 election that resulted in considerable bloodshed. I have not been back since.

While I was attending a conference in Uganda, I learned that my name and picture had been broadcast on state television among 55 politicians, journalists, and human right activists. We were accused of treason and inciting violence.

Fear of torture and a long prison term meant I stayed away. I was one of the lucky ones. In the next few weeks, the authorities charged 179 suspects, who eventually received sentences ranging from 10 years to life.

After this crackdown on dissent, the government took action to try and ensure it would not happen again. It adopted a sweeping anti-terrorism law and crippled human rights advocacy by restricting foreign funding through civil society legislation.

The creation of this repressive legal apparatus meant that, like many other opposition activists and civil society campaigners, I decided to continue conducting my research and advocacy from abroad. The government had created a climate of fear.

Now, I have reason to believe I can return to Ethiopia and play my role in promoting human rights and helping ensure that our next election is free and fair. In fact, my organization, the Association for Human Rights in Ethiopia, is already planning to open an office in Addis Ababa.

The draft is a significant improvement on the 2009 law

That is because Prime Minister Abiy Ahmed said in his acceptance speech in April that his government would revise the anti-terrorism and civil society proclamations, as well as a media law that had stifled the press through burdensome red tape and stiff penalties.

And his administration has indeed since taken many positive steps, such as releasing political prisoners and appointing former rights defenders such as Meaza Ashenafi and Birtukan Mideksa to oversee the ongoing changes to the legislative and electoral landscapes.

Furthermore, the latest draft of the law governing civil society organizations (CSOs) is a significant improvement on the 2009 Charities and Societies Proclamation.

An Advisory Council, composed of Ethiopian lawyers, started work in June and held consultations with local civil society, community leaders, media and other affected groups. The inclusive nature of these consultations was commendable, and that was reflected in the breadth of the revisions made in the draft law.

According to regional and international norms, CSOs should be treated like all other legal entities and be permitted to engage in activities for the benefit of their members or for the public benefit, such as democratic processes and public debates.

However, despite the progress, some concerns remain which need to be addressed in order to provide a solid foundation for civil society to develop and play a constructive role in a pluralistic democracy.

In a joint letter delivered to the Prime Minister this week, my organization and other human rights advocates urged the government to take several measures. They included ensuring that the majority of members of a government oversight board are sourced from civil society, amending the provisions requiring an authorization regime for CSO registration, and revising the cap on administrative costs.

With elections coming up in 2020, this law is critical to ensure that civil society is able to play a role in sharing information, providing civic education, and enhancing citizen participation in the political process. Civil society has been under attack since the 2005 polls and needs a solid legal framework that protects and promotes the rights to freedom of expression, association and peaceful assembly.

Additionally, this reform is not only important for the future of Ethiopia, but also for the region as a whole.

Since Ethiopia adopted its laws in 2009, a number of countries followed suit. Tactics used by the government in Ethiopia were seen elsewhere, including in Uganda, Tanzania, and Burundi.

As civic space becomes increasingly restricted across the region, with Tanzania’s being downgraded from Obstructed to Repressed on the CIVICUS Monitor’s new rankings, Ethiopia has a chance to set an example and encourage others to reverse this trend.

And as well as encouraging other nations, seeing through these reforms will also encourage me and others rights advocates to come back home and start playing a constructively critical role in this whirlwind of democratization that the new Prime Minister has unleashed.

Yared was an investigator at the Ethiopian Human Rights Council for seven years and is now the Executive Director of the Association for Human Rights in Ethiopia.