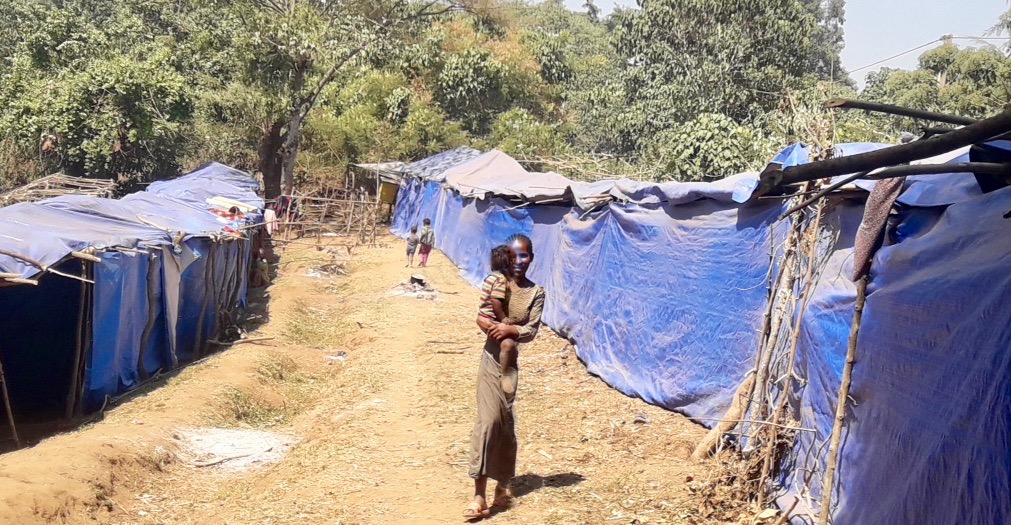 Last month I traveled to Wollega, which has been a major political focus because of tension between the government and the Oromo Liberation Front led by Dawud Ibsa.

The confrontation created headlines and unrest, but it has also led to further confusion about the people of Wollega, where I was born and raised. While I know my people are hospitable, for a long time there has been this saying: “If you go to Wollega you have to speak Afaan Oromo to rent a hotel room”. This is far from the truth, but because of this some people perceive that Wollega Oromos are racist.

Truth be told, the population of beautiful, green Wollega is mixed with others from all over Ethiopia who have all generally lived together peacefully. But on top of the misperception, the recent tension has added to the suspicion, and people were afraid to travel to the area for business.

During my travels, I have seen Oromo Liberation Front (OLF) flags raised and painted on walls in every town I passed through. This shows the people have a special affection for OLF, as do other Oromos. I have also seen many people wearing T-shirts that have Abiy and Lemma’s images on them, even in Internally Displaced People (IDP) camps, despite many people was saying one will get attacked by OLF supporters if you are seen with such T-shirts.

But the fearsome reputation of the OLF wasn’t borne out by my experience. We had no security issues traveling through the area. Instead the OLF were helping people in need and recognized that was our mission too.

Sadly, as under past governments, many people I spoke with are still not comfortable discussing politics in public because of fear. Even though they were at the forefront of the struggle that brought change, they are not able to breathe free air like other places.

The recent tension between the ruling Oromo Democratic Party (ODP) and OLF has created mistrust among people, which was the opposite from the euphoric liberated feeling of a year ago. Then people were happy and felt comfortable to support Abiy—the man who completed the liberation—and OLF, who started it all decades ago. But politics intervened, and now people cannot openly express support for Abiy and OLF at the same time; they have to choose.

Still, things are getting calmer and businesses are running as usual, public transport is available, and government offices are functioning, even in the remote areas I visited. The tension is there, but there is hope it will ease with the mediation of the Abba Gadaas and the ongoing integration process for OLF fighters into regional security forces.

Some have reported that local government is dysfunctional, but in East and West Wollega this was not true. I was told some government offices In Kellem Wollega are not operating, but I was unable to confirm this. Offices I visited were staffed by the ODP government and operating normally.

You can easily find individual OLF supporters among civil servants, although the group is not that organized. Its support partly comes from the protection it provided people. There are a lot of young people from towns that went to the bush to join OLF. Therefore people have friends and family with OLF, and so give support.

The Wollega area is divided into four administrative zones: East Wollega, West Wollega, Horo Guduru Wollega and Qellem Wollega. They have borders with Beninshangul-Gumuz (B-G) and Amhara regions. In September and October more than 150,000 people, mostly Oromos, fled from Kamashi Zone of B-G because of attacks by armed groups targeting Oromos and ‘non-indigenous’ nationalities. The displaced are residing in areas stretching from Haro Limu Woreda of East Wollega to Mana Sibu Woreda of West Wollega.

Originally most used to live in Kamashi farming wheat and oil seeds, trading and even teaching. When conflict erupted, they left their homes barehanded without even a change of clothes. Now they are living under plastic sheets in camps, while relatives accommodate some. Even though government and NGOs give some assistance, it is very limited and the problem has not received sufficient attention. This is primarily due to the security concerns and the government’s apparent lack of urgency to provide and request assistance.

I asked one middle-aged IDP who used to own a farm in Kamashi if he knows what caused the conflict. He told me that there was military training being conducted by Gumuz not far from his home prior to the fighting. He said that he didn’t know the reason for it, but thought that it was normal militia training conducted by the regional government.

In late September he heard a gunshot in the middle of the night not far from his home and people shouting. He took his family and ran to the forest. He said they traveled through the bush for three days and, with many other people, finally arrived in Haro Limu. Many people he knows are still missing and he heard armed groups killed many people, especially women and children, some using large knives in a very outrageous way. The farmer used to grow wheat that was destroyed by the attackers, according to people who arrived after him. He said Oromo may have been targeted because the day Abiy became Prime Minister there was a rumor that spread among Gumuz that “Abiy and Lemma are going to snatch Gumuz land and give it to Oromos”.

He thinks this was disseminated by local authorities and, according to a former worker on his farm who was offered money, there were even payments made to join armed groups. The rumor was false, but land has been an issue between the people, and the old Wollega used to incorporate what is now Kamashi.

A border area known as Balo, next to Sassiga Woreda in East Wollega, is wheat farmland that was Oromo land pre-1991. Many people from my area used to go there when it was government farmland to collect wheat once a year. There has been a push from the B-G side to claim this land over the years. I have heard informally that the claim extends up to a place called Senkele near to Ambo.

The government has reported that a group of people was captured taking military training and many weapons were seized. Another young man I talked with told me even after government deployed military on the border the killing continued and soldiers didn’t protect them. Recently the commander was replaced, which might be related to such complaints.

Politicians are the ones that cause the divisions

From my discussions, it looks that displacement was caused by well-organized groups that had a political motive. There are many rumors of payments by Tigrayan agricultural investors who may have felt their farms was threatened. The people told me they have lived peacefully with Gumuz for a long time and didn’t anticipate this major conflict.

The major attacks were triggered by the fatal ambush of the Kamashi officials on Sep. 26, but nobody knows for sure who was behind that—although for sure the OLF was blamed by Gumuz people and B-G officials.

On my way from Nekemte to Gimbi around Didessa River there was a B-G flag raised on the main road and I saw Oromos and Gumuz people trading in the market normally. Then after driving less than one kilometer I saw an OLF flag. This made me think that politicians are the ones that cause the divisions while diverse people would otherwise peacefully intermingle.

I have seen many heart-breaking things on the trip and people are suffering for reasons they even don’t know or care about. I can tell that people are tired of meaningless conflict and insecurity and they appear confused. Like people everywhere, they want to live in peace and enjoy the freedom they brought. Our politicians must remember that the people’s interest should always come first and that they should act responsibly to fulfill their civic duties.