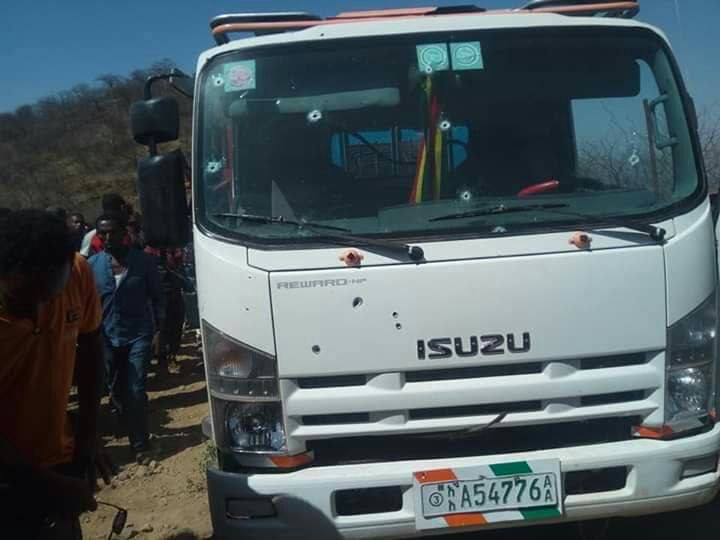 The Amaro people hope ongoing mediation efforts with the Oromo Liberation Front will bring stability to their borders with the Guji after a recent increase in attacks.

That is the view of a farmer from Amaro Woreda in Southern Nations region about the lack of government protection from attacks he pins on the Oromo Liberation Front.

This is “why the Guji-based OLF kills and loots us as it wishes,” he adds.

The border between West Guji Zone of Oromia and Southern Nations has experienced occasional conflict for decades. Competition for land and water between Guji Oromo and Gedeo, Burji and Amaro communities, who all use the Gelan River, has been at the heart of disputes.

The situation restricts movement, yet discourages sedentary lifestyles, as properties are destroyed in raids. However, according to locals, the last three years have been different, as the conflict became more about identity-based political demands rather than resource competition.

The Guji are an agro-pastoralist Oromo clan that live primarily in West Guji and East Guji Zones of Oromia. The Amaro and Burji Woredas are in the troubled Southern Nations region and are currently suffering attacks. They are part of the under-deconstruction Segen Zone, which has been in turmoil in recent years. A recent reconciliation between the closely related Gedeo and Guji people has cooled that dispute following last year’s fighting that displaced around 800,000 people.

A series of Human Rights Council (HRCO) reports reveal how volatile the area has been since 1991. Yet a petition by the Amaro people delivered to the Office of the Prime Minister traces instability back to the 1974 fall of the imperial regime, while underlining the recent intensification and increased OLF involvement. It details killings, village burnings, the destruction of crops, road closures and mass evictions from Amaro kebeles and from Bule Hora and Yabelo towns.

The OLF was classified as a terrorist organization in 2011, but despite parliament legalizing the group last year, attacks increased in the Guji area. The factionalized front was formed in 1973 to fight for Oromo independence. It helped overthrow the Derg in 1991 but then fell out of the subsequent transitional government and had a base in Eritrea until last year when a rump movement returned to Ethiopia.

The federal and Oromia governments have been negotiating with a scattered OLF led by Dawud Ibsa. The focus has been on members of the Oromo Liberation Army (OLA), the armed wing of OLF, who have returned from Eritrea and are primarily in Oromia’s Wollega zones. There are also efforts to reduce the attacks from Guji-based militants on the southern groups, but they have had mixed results, so far.

In Guji, Abbaa Gadaas declared peace week from Jan. 5. Reports said that the Guji-based OLF faction led by Elias Gambela accepted talks on Jan. 14, although there are indications he’s not under Dawud’s command.

Oromia’s government and the OLF agreed in Ambo that from Jan. 22, OLA would be in camps within 20 days and the process would be managed by Abbaa Gadaas. Jawar Mohammed, who is secretary of a technical committee, presented the terms of a ceasefire. The plan was for Guji-based OLA to go to four camps.

Though many people across the country have been affected, only the Oromia government and OLF were parties to the deal. An additional concern is that insurgents are not controlled by Dawud and so the agreement may not be adhered to. For example, although state media said in January that schools had reopened, people were attacked and killed in Amaro and Burji after the Guji peace week, and also after the Ambo agreement.

In Wollega, it is thought that OLF leaders like Kumsa Diriba exploited a relative absence of government last year following more than three years of disruptive civil unrest, and that disgruntled former protesters also joined the popular movement. Kumsa said on Feb. 21 that only a small number of OLA have gone to the camps, although others have since said the total is several hundred.

Members of the 71-member OLF technical committee have been deployed to Guji to oversee the encampment of militants. The committee said the front’s leaders were unwilling to participate and granted additional time. There are also said to have only been a small number of fighters that have so far gone to the camps in the Guji area, as the southern commander Goollicha Dheengee stayed away.

Since the middle of last year, OLF has been involved in an armed and political struggle with Oromia’s ruling party, which it could potentially challenge in elections next year, if it is able to exploit the current opening to become an organized electoral force. However, former OLF leaders like Leenco Lata and Kemal Gelchu have allied with the ruling Oromo Democratic Party. If the OLF put down its guns and turns its firepower on winning a democratic battle, that would be a relief for the Amaro and other affected southern groups.

The Amaro, commonly called Koore, sent petitions in 2017 and last year signed by more 5,000 elders, religious leaders, and citizens seeking protection from Guji attacks. They described how Guji and Amaro, whose district had a population of 150,000 a decade ago, generally peacefully coexisted for centuries with small-scale conflicts handled through traditional dispute-resolution mechanisms. But since 1991, attacks against Amaro have been increasingly serious, including targeting administrative centers and religious institutions, particularly in 2007, 2015 and 2017.

The petition said that in the last two and half years, 20 of 35 kebeles in Amaro Woreda have been totally or partially displaced; 560 residential houses burned; health centers, schools, police stations and other public service centers have been destroyed; harvest stores burned, permanent crops like mango, coffee, banana, avocado cut to ground; and cattle looted. Amaro and Burji people have recently been killed, injured and evicted from Bule Hora, Yabello and Teltelle districts of Guji and Borena zones of Oromia, and from villages in Amaro and Burji woredas.

According to a Jan. 6, HRCO statement, as many as 35 people were killed across the Guji border from Dec. 2018. Attacks stemmed from Gelan Rift Valley, which stretches to Nech Sar National Park. On Dec. 10, an Amaro resident was killed and 156 cattle looted Guji, according to HRCO. Local believe there was OLF involvement.

HRCO reported that gunmen killed 13 Burji people along the Guji-Burji border in Surro Berguda Woreda. Four Amaro youth traveling by car from Konso to Amaro were killed by militants in an ambush in Gelan on Jan. 29, and two Amaro residents were also killed by gunshot on Feb. 16, witnesses said.

The main road of around 200 kilometers linking Amaro and Burji with the Dilla-Hawassa road has been blocked by Guji-based militants for more than two years. Due to the closure, residents have been unable to easily purchase basic necessities, whose price has increased with additional transport costs. Injured people have died due to a lack of treatment, after health centers became hard to access.

Victims were usually shot in the forehead

Usuman Dejassa, a Guji Oromo resident who lives on the blocked main road, says Guji and non-Guji have been suffering from the insecurity that Guji-based OLF is blamed for. “Amaro people will get road access once the OLF deal with government is settled peacefully,” he said.

Biniam, an Amaro, who tracks the unrest, said increasingly sophisticated attacks are conducted by militants whom populate the region from Nech Sar to the Kenyan border. There is plenty of relatively inaccessible forest, which provides a base to train and prepare. Burji resident Cheru Elias says OLF involvement is shown by the use of sophisticated weapons; victims were usually shot in the forehead, showing training; and attackers were able to kill government security forces.

Geleta Deresaa, an exiled Oromo activist, said in recent years corrupt federal security forces allied with elites from groups including the Burji, and Amaro to resist OLF and safeguard smuggling routes to the Kenyan border. “Government forces from various clans fought against the OLA. The OLA also took offensive action,” he said. However, the situation was complicated by independent Guji militants dressing like OLF and security agents engaging in ‘false flag’ OLA operations to justify crackdowns, he said.

Whoever was responsible, there has been considerable destruction.

A representative for the Burji, who requested anonymity, said 202 households in Bule Hora had been displaced to neighbors and 359 families had fled to their home woreda. The total displaced in Burji Woreda is 2,165 with 53 houses torched and 25 demolished. Federal and regional officials visit displaced people and express regret but do not take action. The situation is “beyond the capacity of the local people and government,” said a representative.

According to humanitarians, the government response has been inadequate. One worker, who withheld their name, said aid is not delivered in order to push people to move back. But “restorative settlement has been difficult” because houses of the displaced have been destroyed, they said.

Cheru said attackers commit “evil acts” to weaken the local authorities, and partially blames Guji Abbaa Gadaas: “Where have they been for the last two years when many Burji and Amaro people have been killed and displaced?”

Main photo: A vehicle ambushed by militants in the Gelan Rift Valley on Jan. 29; submitted