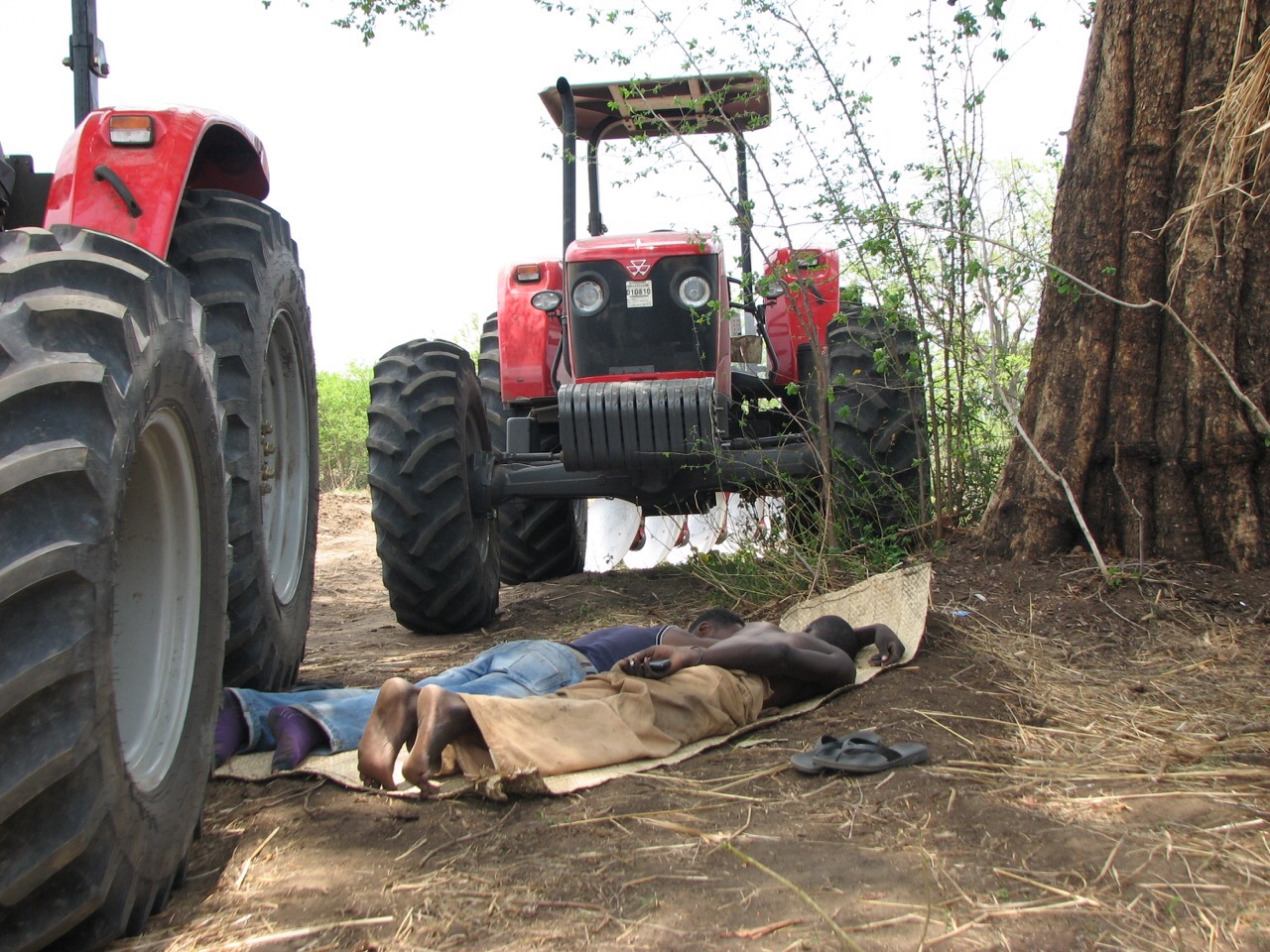 Last June, the Office of the Prime Minster received a letter signed by 12 individuals from Gambella. It complained that the Development Bank of Ethiopia had rejected their request for loans to fund a commercial farm multiple times without adequate reasoning

Low-lying, swampy Gambella has plentiful land, some of which has been leased by Ethiopian and foreign companies such as Karuturi Global and Saudi Star Agricultural Development since around 2008. However, local people have largely been left out of this centrally administered program, just as they have been excluded for decades.

In addition, there have been scandals. A government study revealed that only 15 percent of the 630,000 hectares of land leased recently for farming had been developed in Gambella. It found that multiple loans were provided to investors for a single plot, and loans were used for other purposes, such as building hotels, which has led to serious problems at the state-owned bank.

The local people believed that a lack of inclusiveness and stiff pre-requisites for the development bank’s loans were the major obstacles to their participation. “Among the highlanders themselves some ethnic groups were favored. So, it is very difficult for them to consider us,” one said, primarily referring to Tigrayans, who are perceived to have received a high proportion of loans, and a group of whom also complained about their treatment when their leases were canceled in 2016.

Gambella’s major ethnic groups are the Anuak, Nuer, Majangir, Opuo and Komo. They are generally not involved in commercial agriculture and are limited to subsistence farming using traditional tools. This is often attributed to a poor work ethic—a typical colonial trope—but actually different governments have historically marginalized the people, which included damaging resettlement programs. Gambella town was a British colonial trading post until 1956, after which it was impacted by Sudan’s civil war and experienced waves of refugees.

Maize and sorghum are widely cultivated by the Anuak along the Baro, Alwero, Gilo, and Akobo rivers. Alternatives income sources are fishing and hunting, while wild food such as yams are important. Most of the Nuer live nearer to war-torn South Sudan and raise livestock. Gambella hosts a population of recent mostly Nuer refugees that is larger than the 307,000 people estimated to live in the region in the 2007 census.

Because of their disadvantageous situation, local people believe there is a need for affirmative action. The Ethiopian constitution supports this by stating that the government has the duty to ensure all Ethiopians get an equal opportunity to improve their economic condition and to promote equitable distribution of wealth among them. It also states that government shall provide special assistance to “nations, nationalities, and peoples” that are the least-advantaged in economic and social development.

Last year, Gambella had a visit from Prime Minister Abiy Ahmed on May 20. Many people were happy to have the highest government official recognize their contribution to Ethiopian history and it gave them hope that better days might be ahead.

It was following this that the letter was submitted to his office. However, the question remains as to what extent it will contribute to making sure the voice of the Gambella people is heard, and that they are given the opportunity to actively participate in their development. There has also been some political turmoil in the region surrounding President Gatluak Tut’s resignation in October, which is indicative of the threat of continuing instability.

Most Gambella youth agree that the regional government has had a role in the discrimination as much as the federal government. Although it remains true that they have limited power to influence the decisions of the latter, courageous and competent leaders who could have presented the grievances of the region have been forced to flee the country.

Those who remained behind with the same outspoken capacity were kicked out or detained, instead of being given a chance to speak up and contribute. This was done with a view to maintaining the status quo in the region, and it raises the question of the commitment of the federal government to ensure meaningful change comes to Gambella.

A person currently farming on the bank of the Openo-Baro tried to acquire a loan from the Development Bank of Ethiopia (DBE) for a rain-fed farm. He satisfied all required criteria and was even able to meet the relatively high and recently imposed capital requirement 7.5 million birr. But at the last minute he was notified that the issuance of the loan was suspended until further notice, yet he was not told why. He holds that he was discriminated against because of his ethnicity, as there are some non-Gambellans who subsequently succeeded.

One of the few Gambellans who secured a loan was Kiru Omod who received 12 million birr. The only step getting in between the money and him was for the project department to issue a contract, which he’s been waiting for over the last three years. However, he was recently notified that he must present the 7.5 million birr. He believes the law is being applied to him retrospectively because of his ethnicity.

Kiru is now working in Ochakchala village, Tengi Kebele of Abobo with his own money. He cleared a 200-hectare plot and continued his investigation about support. It was then that he was informed by a friend about a new lease-finance scheme, which he has succeeded at securing.

Under the larger-scale project financing, the bank accommodates loans for commercial farms, agro-processing, and manufacturing, as well as mining. In December 2017, DBE detailed a new additional credit policy of lease financing, which is designed for small and medium enterprises so the paid-up capital requirement is from 500,000 birr to 7.5 million birr. Kiru has now created jobs for locals and notes that he is even helping the Ministry of Health fight Guinea Worm, as he maintains the only borehole in the village.

A few people organized under a cooperative in Gog Woreda started working by themselves with the money they had contributed until they heard about the loan opportunity. According to one member, the whole process including agreeing the land was not that difficult. However, there was a one-year delay before the release of the first tranche. By the time it arrived, the cultivation season had passed, which prevented them from working. Therefore, when the loan effectiveness review came around, they had nothing to show for it, making them ineligible for the second phase, and forcing them to return the money from the initial loan. They have now resorted to relying on their own pooled funds.

While the Gambella people struggle to get loans from the DBE, citizens from other nationalities have better access to credit.

The first major foreign investor was Karuturi, an Indian company, which almost literally drowned in its own grandiose ambitions. It received a concession for 100,000 hectares of land from the Agriculture Ministry in 2010 in Ilea in Gambella and was supported by several banks. That agreement replaced an initial 2008 regional contract to lease 300,000 hectares. In 2015, the government revoked Karuturi’s contract due to under-performance. It was reported that only 1,200 hectares of land had been developed. The local people complained about reduced land for farming and hunting, no delivery of promised health clinics, and only a handful of jobs for villagers. There are now reports that the company is active again under the new federal administration.

Mohamed al-Amoudi’s Saudi Star Agricultural Development has been working on its 10,000-heactare farm in Abobo since 2008, while the company also bought a former Derg-era cotton state farm in the same district. Recently the employees are wondering what is happening at its headquarters. “Normally, a time like this the work has already started. In addition to this, it is close to two months now without a salary. There have not been daily laborers for some time now” said a worker on March 20. But the boss had told the permanent workers that they should stay on the farm until further notice, and maybe thing will improve now the big boss is a free man again.

However, the company seems to be trying its best to improve its community relations. For example, at a nearby village called Oredi there is no borehole. Two years ago Saudi Star gave them a solar filtration system for water fetched from the canal or river. After it broke and no one repaired it, Saudi Star has been delivering water daily. This may be a result of the urgings of federal officials, who held a meeting with investors in Abobo.

Those present reported that the provision of safe water and food to daily laborers working on these farms was a key issue. “They could also give us sorghum when the chief of this village requests,” said one person. The major problem facing the people is crossing the Derg-era canal that has been expanded by Saudi Star. Two years ago an old man drowned in it, so there is a need for a bridge.

But while such further piecemeal improvements would be welcome, what is really needed is concerted support for Gambellan farmers so they can finally make best use of the fertile land that they were brought up on.

Main photo: Workers at a farm owned by an Ethiopian investor in Gambella; April 9, 2014; William Davison

Dec. 13, 15 years ago today Anuak were massacred. Now there’s hope in the air

Okello is based in Abobo and works on security issues for a non-governmental organization. He is a Gambella State Council candidate in Abobo for the Ethiopian Citizens for Social Justice Party.