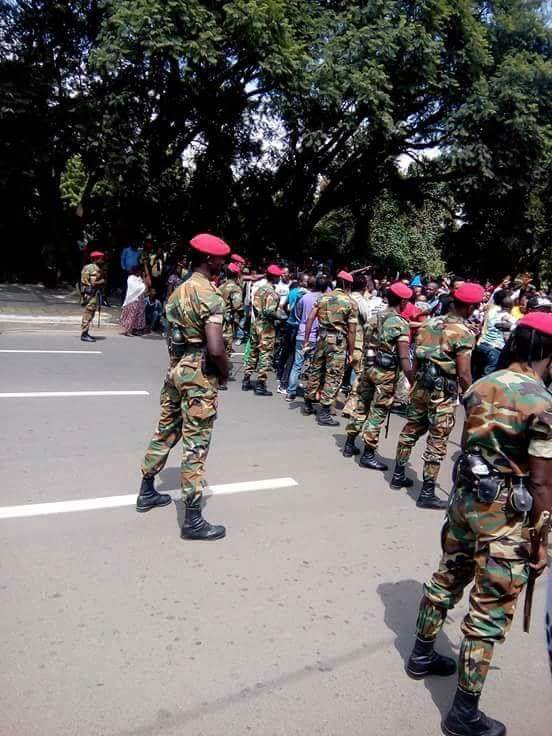 Party and government must prioritize, act, compromise, and reform

Following the death of chief architect Meles Zenawi, years of popular discontent, and the ruling front’s internal decay, something had to give.

But the subsequent transition under vivacious Prime Minister Abiy Ahmed has been unstable, and is sending signals of state disorder.

After Abiy became chairperson of the Ethiopian Peoples Revolutionary Democratic Front (EPRDF) and the national leader, his government accelerated nominally attractive steps. However, some of the steps taken in response to real or perceived demands in the country were not necessarily well-thought-out.

After these moves, as the political field and the public sphere were opened to an unprecedented degree, the consequences of political liberalization tested the integrity of the transition.

First, the government’s deal with OLF was initially inconclusive and this unleashed a chain of problematic events. The incident at Burayu, located just northwest of Addis Ababa, and in suburbs of the capital, are important examples.

After the government concluded its modus vivendi with the erstwhile Oromo rebel group, the intensity of interethnic clashes grew, and the displacement of millions of citizens continued unabated, suggesting a possible causal linkage.

Arguably this lack of synchronization between Oromia’s ruling party and Abiy’s federal government has destabilized the state. After criminal elements caused chaos, the government reported that some individuals were apprehended and is working on more cases, but the bank robberies and killings remain largely unaddressed.

The second challenge rocking the transition is the growing National Movement of Amhara (NaMA) and the diminishing strength of the ruling Amhara Democratic Party (ADP). While former regional president Gedu Andargachew, who has just been appointed foreign minister, and his associates allied with Abiy and his team, NaMA exploited openings in the political field and public sphere to create a surging ethno-nationalist movement.

We know that since NaMA’s establishment, clashes, inter-ethnic and inter-religious, flared, and do not seem likely to end any time soon in Amhara and adjacent areas, again suggesting a causal relationship. When one tragic incident concludes, another starts. For example, recently, there was the Oromo-Amhara clash in North Shewa and Oromia zones of Amhara, and that was quickly followed by extreme violence between Amhara and Gumuz communities in the west.

Furthermore, although both ADP and ODP elites worked for the success of the transition and stood against the TPLF old guard, it does not necessarily mean that they themselves have always been enjoying their partnership, especially over the contentious issue of Addis Ababa. Additionally, ADP is preoccupied by growing displacement of Amhara across Ethiopia, including Oromia; the increasingly popularity of NaMA; and its unsettled territorial disputes with TPLF over the Raya and Wolkait areas.

The third critical challenge affecting the government is the TPLF itself. Its rejectionist positioning may partly explain some of the indecisiveness on matters of national concern, such as the elections and census. After losing federal power, TPLF had to use any means available to assert its vitality.

For instance, although many were positive about the government’s decision to engage with Eritrea, TPLF, driven by its political defeat and aversion to Asmara’s autocratic government, initially was critical of the move.

TPLF essentially rejects the transition because it was ejected from the center and any attempt to appease the government, as Debretsion Gebremichael sometimes does, is nothing beyond lip service. On several occasions, the TPLF leader appears to appreciate the actions of the government when in Addis Ababa, but flips after his return to Tigray.

TPLF will likely to continue defying the central government as long as its leaders like Getachew Assefa are charged with crimes; party-affiliated economic activities are under surveillance; and its outdated ideologies and decision-making practices (‘revolutionary democracy, ‘democratic centralism’, etc.) are substituted by more meaningful ones.

What this all amounts to is an overarching critical problem of significant divisions between Ethiopia’s main regional powers.

Adding substance to that are the reports of EPRDF’s recent Council meeting which indicate the presence of unresolved—and perhaps unresolvable—competing interests and conflicting approaches within EPRDF.

On April 17, the grouping of 45 Central Committee members from each party issued conclusions after reviewing the reforms and assessing the challenges. Unfortunately, there was no meaningful outcome. It was instead characterized by ‘democratic centralism’, deceptive unity hiding behind long-simmering conflicts of interest.

There was no meaningful outcome

Most importantly the Council failed to propose mechanisms to address the challenges shaking the country, including interethnic clashes, mass displacement, the issue of Addis Ababa, the schedule for local and national elections, the delayed census, the Sidama question, and so forth. The statement following a more recent EPRDF Executive Committee meeting was no more encouraging.

If the current transition is going to succeed with minimal friction, meaningful steps need to be considered. It appears EPRDF leaders are unable to distinguish between urgent local problems and long-term strategic aspirations.

In many parts of Ethiopia, the people’s suffering continues due to problems that could have been prevented or mitigated. Saving lives is more important than ambitious aspirations and longer-term projects, such as holding a credible census or elections. The government needs to get its priorities in order and address these urgent live-saving issues first.

Second, public condemnation may exacerbate the already fragile situation. Verbal responses may send the message the government is weak. The state needs to exercise its ‘monopoly of violence’ to punish perpetrators and deter potential offenders. The government can make its intention known and accepted if it reinforces them with action.

The current ODP-led EPRDF must find ways to help address the tensions between conflicting factions within the newly dominant party and the broader coalition. Abiy needs to strike a balance between ethno-nationalist aspirations and a national government. This should go beyond sterile polemic and include concrete proposals.

Finally, if EPRDF is going to remain relevant in Ethiopian politics in the long run, it needs to undergo a reformation in order to reinvigorate politics and the public sphere. This will, no doubt, take significant time, energy, and, most importantly, patience—qualities that the Ethiopian public are running out of after decades and decades of misrule.

Dr. Mukerrem is an Assistant Professor at the Institute for Eastern and African Studies, Social Sciences University of Ankara. His work explores civilization, religion, and identity politics in the Horn of Africa.