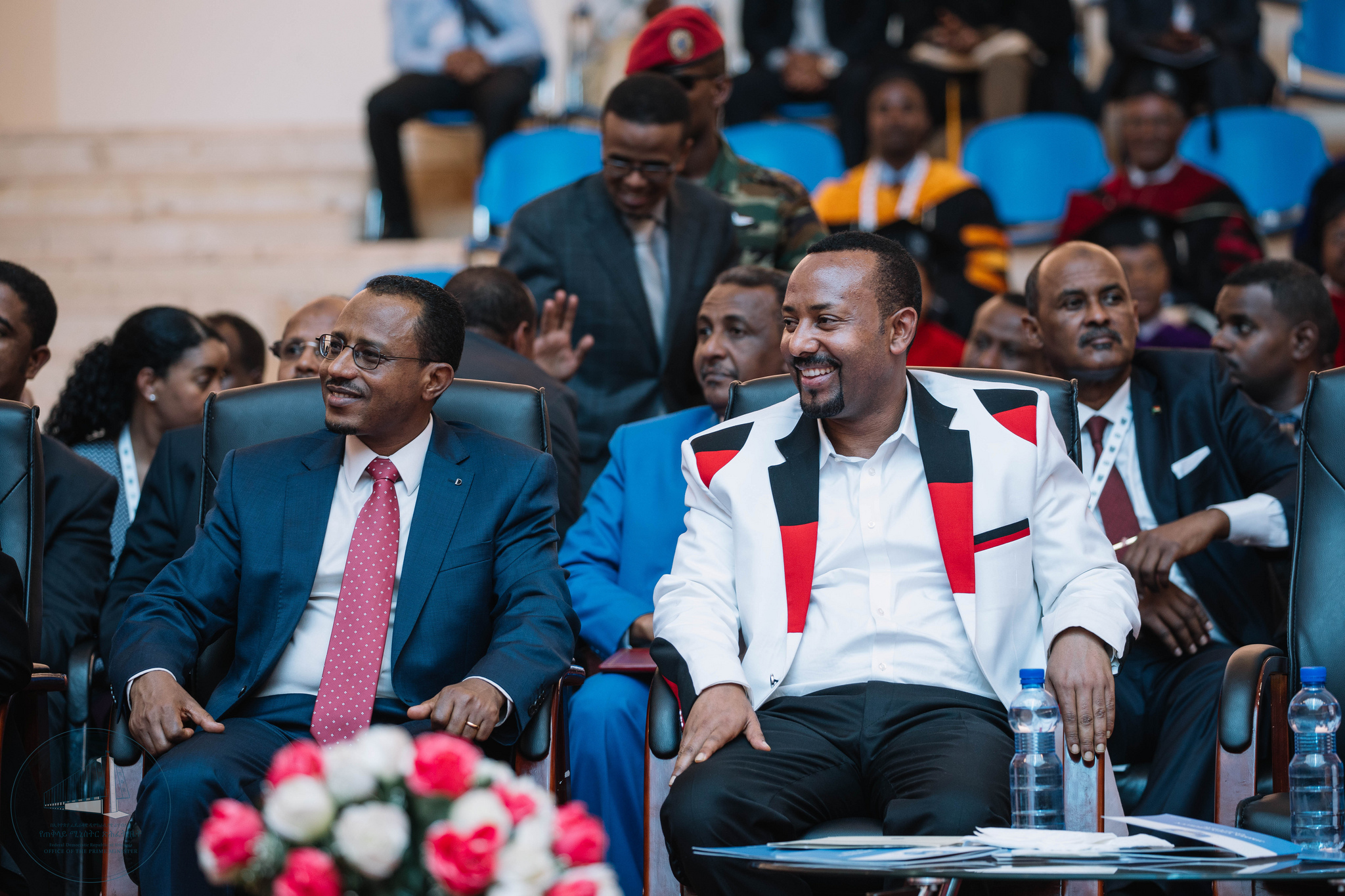 Published in partnership with The Africa Report

Beneath the latest neat international narrative of a democratizing Ethiopia lies a ruthless struggle among competing domestic plotlines.

Ethiopia has a narrative problem both abroad and at home.

An ancient nation that defies simple categorization is often distilled into bite-size packages to provide instant hits but no lasting satisfaction. Meanwhile, domestic competitors present edited versions of a complex past to promote their visions of the future.

After Live Aid in the 1980s, Ethiopia was known in the West as famine-stricken, to understandable local fury. The demeaning stereotype ignored that a climatically-diverse country was also tagged as the ‘water tower of Africa’.

Next, amid the West’s post-Cold War hubris, Prime Minister Meles Zenawi’s government was presented as part of a new shiny democratic Africa.

Those dreams were disturbed in 1998 when conflict broke out with Eritrea, and shattered in 2005 when elections descended into bloodshed.

That meant it was time for a reboot. “From the ashes of that debacle a new image emerged: of the leader as a technocratic, if dictatorial, leader who had been able to crack the code of east Asia’s rise and download it into an Ethiopian hardware,” scathed journalist Abiye Teklemariam in 2011 about the international pivot on Meles.

For half a decade, a narrative of “double-digit” state-led growth displaced democracy—until the people re-emerged in 2015. Now, following upheaval, a democratic transformation is under way, or so we are informed.

As with most narratives, such as Ethiopia’s claim to be a cradle of humankind, there are factual foundations to the latest. But convenient, compact stories can serve to cloud more than clarify. This is a danger now, as democratization headlines mask turmoil and long-festering disputes, and a host of liberated elements use the opening to try and impress their vision of Ethiopia upon fellow citizens.

Last year, Prime Minister Abiy Ahmed dismantled an authoritarian order through a wide-ranging amnesty, restructuring security institutions, and prosecuting officials. That was critical: a conflict between a national security state and increasingly emboldened protesters threatened to degenerate into civil war.

With this major task undertaken, Abiy was confronted with the monumental challenge of encouraging political expression by starkly opposed elements, while also forging a new democratic consensus.

There are two key conundrums facing the Prime Minister, who is also chairperson of the Oromo Democratic Party (ODP) and the ruling Ethiopian People’s Revolutionary Democratic Front (EPRDF), which equally shares decision-making among ruling parties from four unequally sized regions.

Of course, those twin demands are not necessarily irreconcilable, but it is tricky territory, as can be seen from a vitriolic debate over Addis Ababa—or, for many Oromo, Finfinnee.

The initial rallying point for protesters was that Oromo farmers would lose out as the capital grew under a master plan. These concerns built on grievances—some would say a victim narrative—that Oromo were displaced when Addis Ababa was built in the late 19th Century.

In the EPRDF era, a self-governing Oromia was created, and the constitution also promised it a “special interest” in the city that is both the capital of the region and the federation. This could entail, for example, joint administration and revenue sharing. Or compensating Oromia for dealing with Addis Ababa’s waste, and promoting the Oromo language.

The problem with such piecemeal measures is that they have not been implemented, and that they are up against more alluring, sweeping agendas.

So far, Abiy has maintained a big tent, but it will be impossible to mollify all parties in a polarized debate inflamed by social media, which has already bred violence. His hand is not improved by the fact that the ODP faces a challenge from the more hardline Oromo Liberation Front, which returned from exile last year. Liberalization brings complications.

Still, there are plenty of potential compromises over the capital and among Oromo factions. That is not necessarily the case with the EPRDF’s travails, and the differing visions of Ethiopia’s constitutional future.

Given the divisions and incoherence, Abiy seems to realize the old EPRDF is dead, and is planning accordingly.

His intention appears to be to unify and expand the front by bringing into the fold five ruling parties from the other regions, which mostly have leaders that back his agenda. The TPLF may baulk, but that may well lead to its further isolation.

Such general manoeuvring is possibly a necessary part of change, but it is not clear it will end EPRDF dominance: if Abiy successfully rejigs the front, an overwhelming election victory may ensue, given his popularity, the incumbency advantage, and a disorganized opposition.

This would cause consternation among some returned opponents currently basking in Abiy’s reforming glow.

Regardless, there is indeed plenty to be positive about in Abiy’s Ethiopia, and elections could prove transformative, if the opposition mobilizes, the EPRDF allows an open contest, and civil society and media grasp newfound freedoms to explain, interrogate, and expose.

Bottom line: Beneath the latest neat international narrative of a democratizing Ethiopia lies a ruthless struggle among competing domestic plotlines. It is only by successfully somehow weaving these together that progress towards peaceful and prosperous pluralism can be achieved—and that this chapter of Ethiopia’s long and turbulent story will truly start to portend a fairy-tale future.

March 24, Raya: a category error, and a catalog of errors